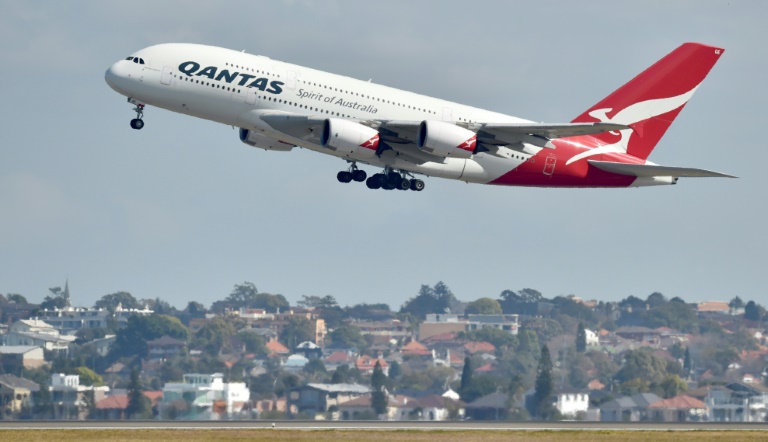 The double-decker plane was hailed as a revolution for the industry and a challenge to Boeing's stranglehold on the super-large-aircraft market. (Photo: AFP)

Australian flag carrier Qantas on Thursday confirmed it would not take up eight Airbus A380s already ordered -- the latest blow for the European airspace firm.

In a statement, Sydney-based Qantas said it would focus instead on refurbishing its existing 12 Airbus super-jumbo planes.

"Following discussions with Airbus, Qantas has now formalised its decision not to take eight additional A380s that were ordered in 2006," a Qantas spokesperson said.

"These aircraft have not been part of the airline's fleet and network plans for some time."

The decision, which was expected, is another hit for the troubled A380 programme.

Airbus recently confirmed that it was in talks with Emirates to change an order of 36 A380 planes to smaller A350s.

Launched a decade ago the double-decker plane was hailed as a revolution for the industry and a challenge to Boeing's stranglehold on the super-large-aircraft market.

But the superjumbo has struggled to win orders, leading it to ramp down production.

Analysts point to customers demanding flights directly to their destination rather than following Airbus's model of taking a long haul journey from hub-to-hub followed by a short hop on a smaller plane.

Qantas is expected to take delivery of six of Boeing's rival Dreamliners sometime this year, and will continue to run A380s already in the fleet.

"Qantas remains committed to a major upgrade of its existing A380s, which begins in mid-calendar 2019 and will see us operate the aircraft well into the future," the spokesperson said.