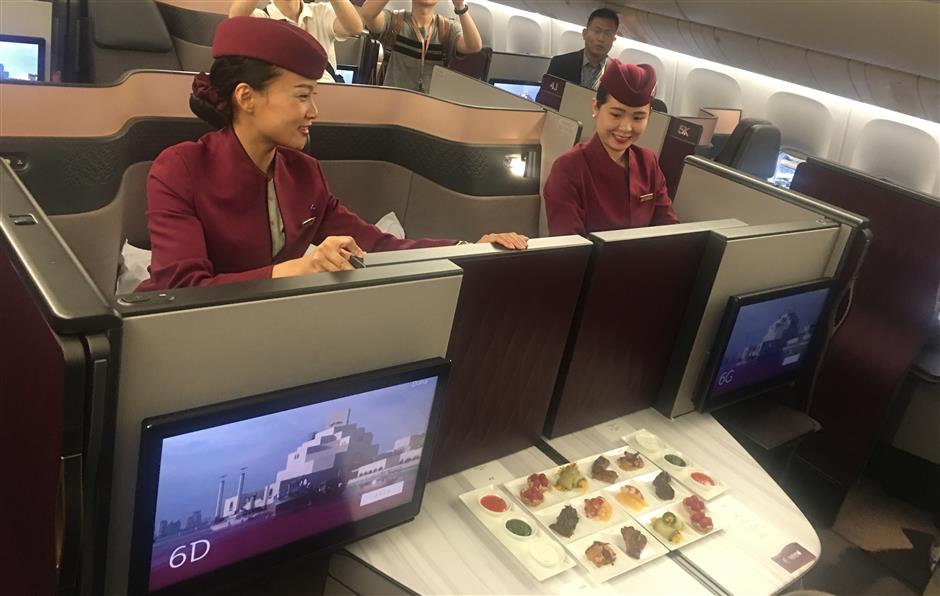 Flight attendants remove a divider between four business suites to transform them into a shared space for four passengers on a flight from Shanghai to Doha on Wednesday. (Photos: Shine.cn)

The Qsuite cabins that made their debut on flights to China have been installed on the Boeing 777 for flights QR871 and QR870 between Pudong and Doha international airports. Shanghai has become the ninth destination the swanky cabin has been launched on.

For couples traveling together, two sets of Qsuites can be combined into a single pod after lowering down the privacy divider. The beds can then be converted into a double bed, which the carrier said is the first offering of its kind in business class among global airlines.

As another special offering, the Qsuite cabin also features a quad option that allows four suites to be combined into a shared space for up to four people traveling together.

There are 42 business seats on each aircraft flying between Shanghai and Doha, including five sets of Qsuite cabins, according to the airline. Each seat is equipped with a 22-inch screen with over 4,000 entertainment options and a fully flat bed. 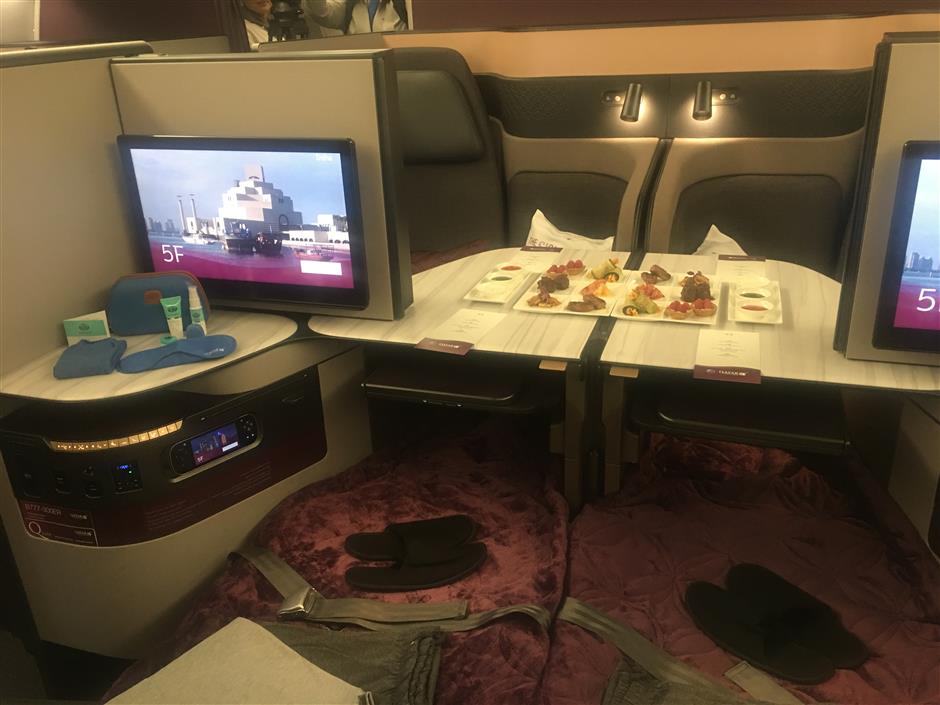 Two sets of Qsuites can be combined into a single pod after lowering down the privacy divider. The beds in those pods can be converted into a double bed.