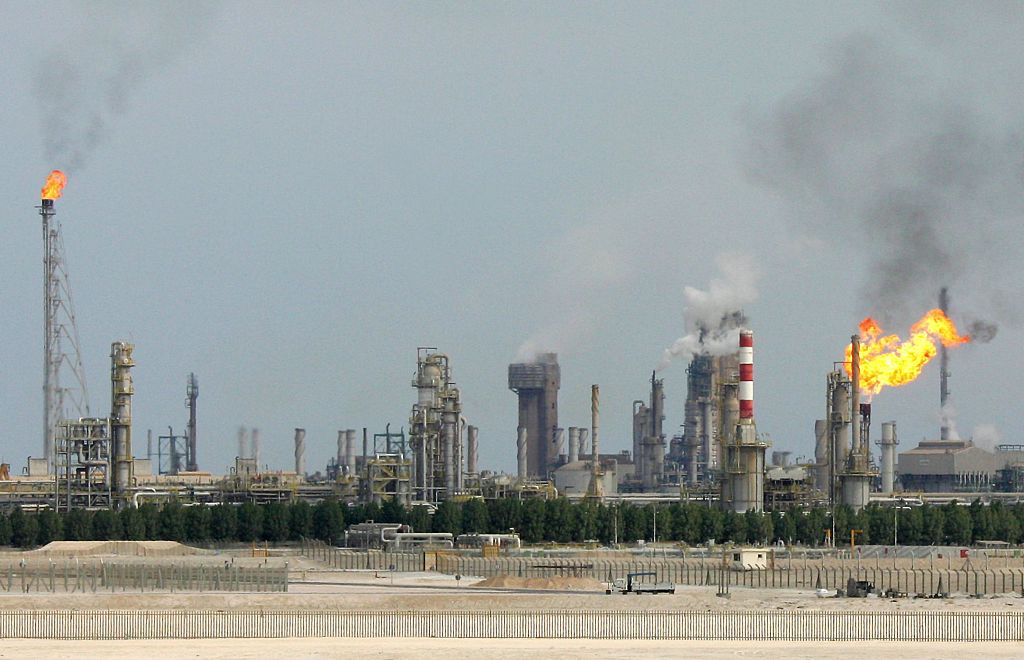 This file photo taken on February 1, 2006 shows an oil refinery on the outskirts of Doha. (Photo: VCG)

Qatar will leave OPEC next month in order to focus on gas production, the Gulf state's new Energy Minister Saad al-Kaabi announced in a surprise move on Monday.

Qatar has been a member of OPEC since 1961, and the decision to pull out after all these decades comes at a turbulent time in Gulf politics, with Doha under a boycott by former neighbouring allies including Saudi Arabia for 18 months.

"Qatar has decided to withdraw its membership from OPEC effective January 2019 and this decision was communicated to OPEC this morning," Kaabi told a Doha press conference.

Kaabi, who also heads state-owned Qatar Petroleum, denied however that the move was linked to the feud with Saudi Arabia and its allies.

The decision was "technical and strategic" and had "nothing to do with the blockade," he said.

Despite the Qatari denials, some analysts saw it as a "political decision to oppose Saudi Arabia".

Saudi Arabia, the United States and Russia are the biggest producers in OPEC "so is it really worth it to someone like Qatar to go to Vienna to meet with someone who will lead the meeting and who is your enemy?" said Thierry Bros, a researcher with the Oxford Institute for Energy Studies.

"In the end, perhaps you can do without it."

Kaabi said gas production would remain the top priority for Qatar, which is the world's the biggest exporter of liquified natural gas (LNG).

"We don't have great potential (in oil), we are very realistic," said Kaabi, who described himself as "Mr Gas" during the conference. "Our potential is gas.

In September, Qatar announced it planned to boost gas production to 110 million tonnes per year by 2024.

Qatar's oil production is around 600,000 barrels per day and it is the world's 17th largest producer of crude oil, according to specialist website, world data.info.

It also only holds around two percent of the world's global oil reserves, according to the CIA World Factbook.

OPEC had been informed of the decision on Monday ahead of the announcement, Kaabi said, adding he would still attend the organisation's Vienna meeting later this week, his "first and last" as energy minister.

That meeting is expected to set a policy for 2019 and despite Qatar's announcement, oil prices soared on Monday after Russia and Saudi Arabia renewed a pact to cap output on the sidelines of a G20 summit.

While there was no announcement on how much would be cut and for how long, the pact between the world's two biggest crude exporters was cheered Monday by oil traders, with Brent jumping $2.60 to $62.06 and West Texas Intermediate up $2.42 to $53.35.

Although Qatar's sudden move came out of the blue, analysts say it will have limited impact on the global market.

Fiona Cincotta, a senior market analyst at UK-based City Index, said Qatar had "surprised the market" but added it was another sign that "some major production decisions will be taken outside of OPEC" following the G20 summit that closed Saturday in Buenos Aires.

"Quitting OPEC is largely symbolic for Qatar," he told Bloomberg.

"Its oil production has been steady with limited prospects for increases."

OPEC is dominated by oil-rich Saudi, which along with its allies has had no ties with Qatar since June 2017.

Relations between Riyadh and Doha are at an all-time low as a result of the crisis, which has seen Saudi-led countries accuse Qatar of supporting terrorism and being too close to Iran.

Qatar refutes the allegations and claims rivals want to overthrow its government.

But researcher Bros argued that Qatar's departure would weaken OPEC at a moment when Riyadh is battling international outcry over the murder of journalist critic Jamal Khashoggi.

"This shows that it will become more complicated to run things (at OPEC). Those that remain are not great friends, such as Iran and Saudi Arabia," said Bros.

Kaabi meanwhile announced Qatar would "make a big splash in the oil and gas business soon," adding Doha would also build the Middle East's biggest ethane cracker, an industrial facility which converts gas to by-products, such as adhesives and ethylene for plastics.