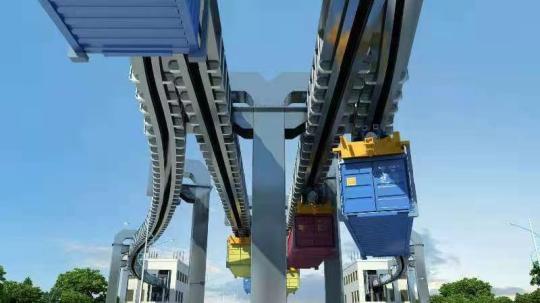 The world's first air-track intelligent transporting system is being built in Qingdao Port of Shandong Port Group, making China the first country to leverage air-tracking in its fully-automated container terminal.

After the completion, containers from Qingdao Port will be transported directly from the yard through the air-track system to the rail port without tracking on the ground, which will greatly improve transportation efficiency.

Qingdao Port told China Daily that the entire line will be about 9.5 kilometers and once finished, the annual transportation capacity will reach 1.5 million TEUs.

As the new project was initiated in cooperation with CRRC Yangtze Co Ltd, the first phase of the demonstration project is about 612 meters and is planned for trial operation in June next year, Qingdao Port said.