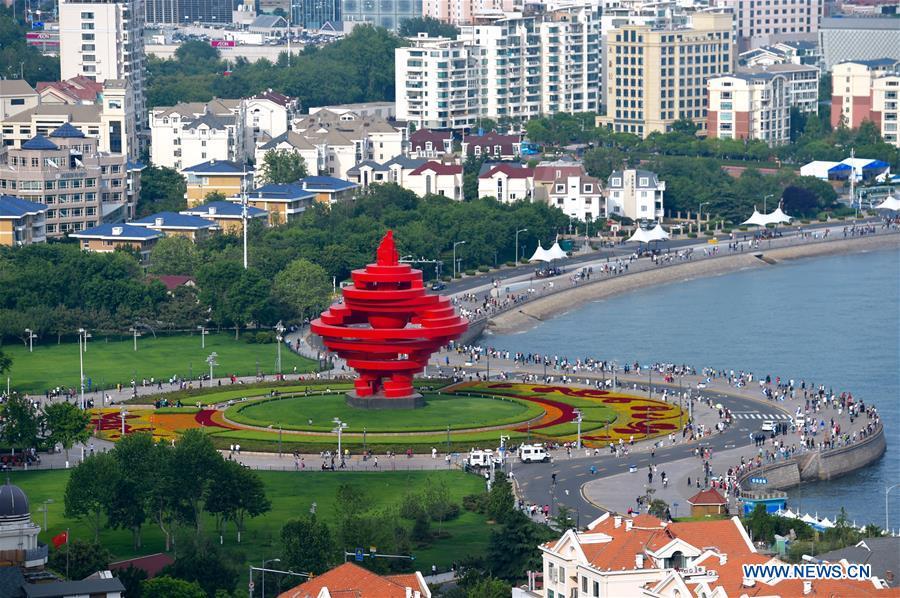 The second Qingdao Multinationals Summit, scheduled to be held from July 15 to 16 in Qingdao, Shandong province, will continue to discuss the important role of multinationals in reshaping global industrial chains and clarify the relationship between the Chinese market and multinationals for mutual promotion and common growth, according to Qian Keming, China's vice-minister of commerce.

"We(China) should continue to pursue opening-up in a larger scope, to wider areas and at deeper levels, promote international cooperation and achieve mutual benefits and win-win results," he said.

"As an important bridge connecting domestic and international circulations, multinationals will play an even more important role and achieve broader development space."

The summit will build a platform for dialogue between multinationals and political and academic communities and discuss major issues such as development, cooperation, responsibility and governance of multinationals, he said.

Qian made the remarks at a media conference held on Wednesday in Beijing, during which he and officials from Shandong province briefed the press on the organization and preparation of the upcoming summit.

According to Ji Binchang, deputy governor of the province, 330 guests from 310 overseas multinationals in 26 countries and regions have confirmed offline attendance since the official approval of the summit by the State Council on May 6.

A total of 182 guests from 169 multinationals in China have signed up for the summit offline, he said, adding there are a lot more who have yet to confirm their attendance.

The Ministry of Commerce and the General Administration of Customs will respectively hold closed-door meetings on the Regional Comprehensive Economic Partnership agreement and customs clearance facilitation, release relevant policies and seek opinions and suggestions from multinationals, he added.

In 2019, the first Qingdao Multinationals Summit attracted more than 5,100 guests, including top executives of 115 Fortune Global 500 companies and 284 industry leaders.