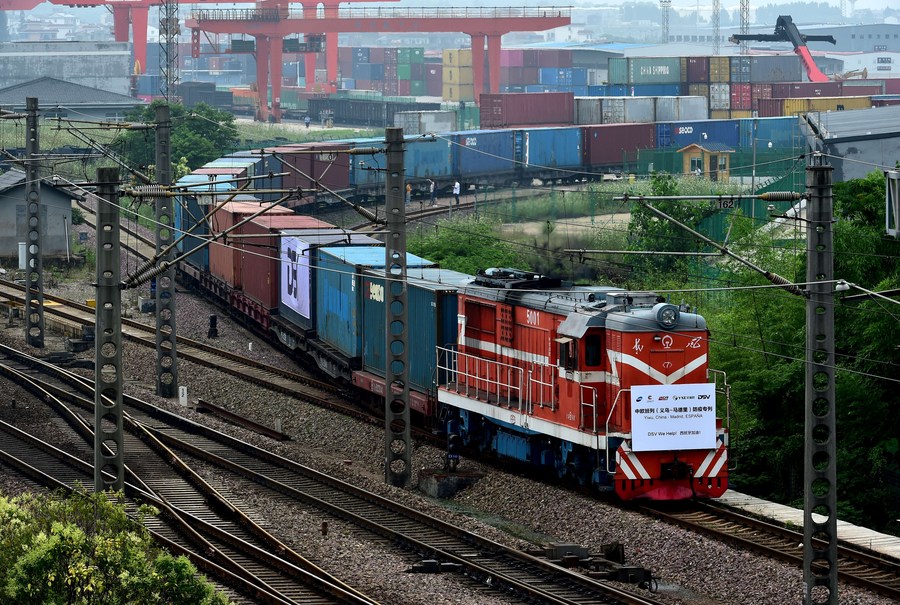 The FT said the rapid recovery from the COVID-19 pandemic has helped China "dominate trade over the second half of 2020", with lockdowns stoking global demand for Chinese goods from electronics to home appliances.

Meanwhile, the pressure due to shipping delay at sea and container shortages have jointly made land exports a reasonable alternative.

The FT noted the rail freight has also been facilitated by the China-proposed Belt and Road Initiative, which emphasized the symbolism of "steel camels" and encouraged Chinese provinces to support the cross-border rail transport.

When Belt and Road Initiative was proposed in 2013, a lot of the conversation was around the rail, Agatha Kratz, an analyst at Rhodium Group, was quoted by the London-based newspaper as saying.

"Chinese provinces have recently invested in transport specifically for items in high demand during lockdowns," the FT said.

China overtook the United States and became the main trade partner of the European Union (EU) in 2020, with exports and imports both increasing despite the COVID-19 pandemic, data from Eurostat, the statistical office of the EU, showed in Febuary.

The freight trains have played a crucial role in stabilizing the international logistics supply chain, promoting Sino-European trade and helping with the global fight against the COVID-19 pandemic.