The rapid development of the China-Europe Railway Express freight train service has been playing an increasingly important role in promoting China's new dual-circulation development pattern, while also contributing to stabilizing international logistics and supply chains, according to industry insiders. 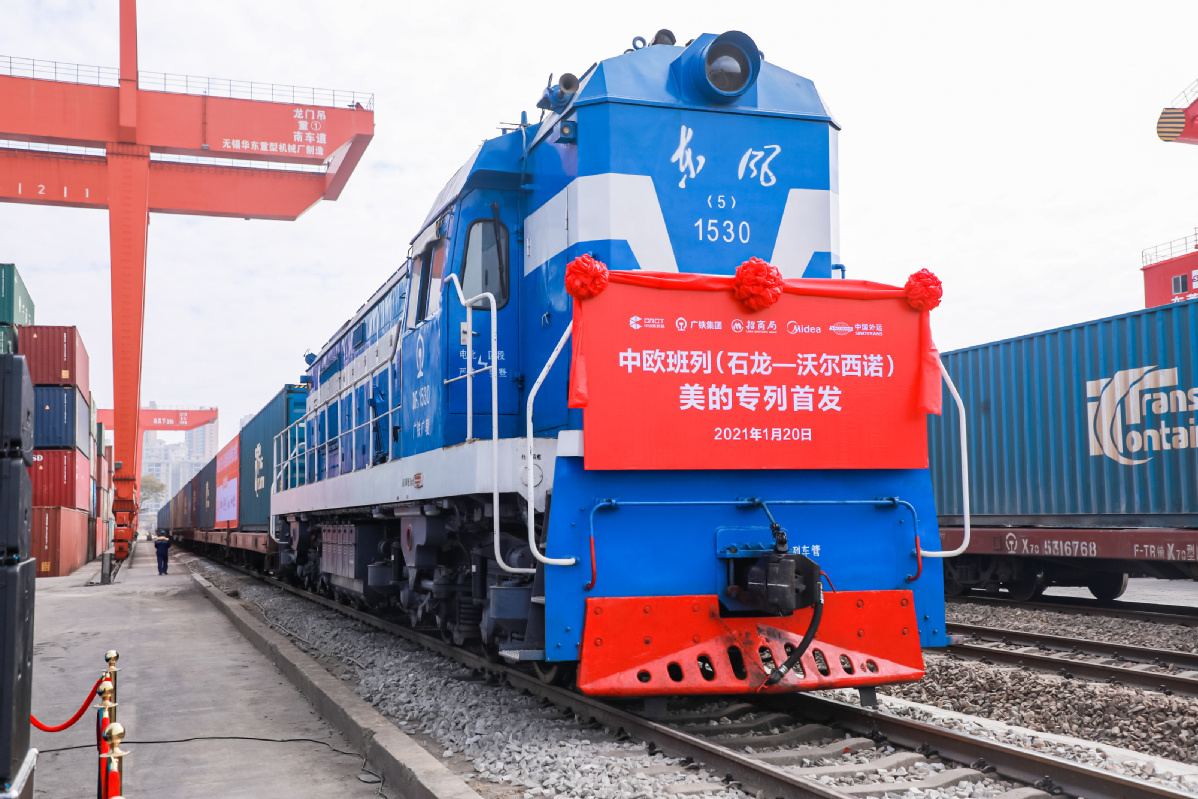 China's pursuit of the new dual-circulation development pattern, which takes the domestic market as the mainstay and lets domestic and foreign markets reinforce each other, is in turn also boosting the development of freight train services that connect Asia and Europe, they said.

Data from China State Railway Group Co Ltd showed that as of July 10, the freight trains served 168 cities in 23 European countries and recorded more than 41,000 trips since the service was launched in 2011.

Moreover, around 94,000 metric tons of anti-COVID-19 supplies were sent via the route as of late June.

"The China-Europe freight train service offers a reliable transportation and logistics alternative on the Eurasian continent with advantages such as high efficiency," said Li Guanpeng, chairman of Sinotrans Ltd, one of the largest logistics companies in China, which owns more than 1,100 subsidiaries in China covering 32 provincial-level regions and 77 overseas operations in 39 foreign countries and regions as at the end of 2020.

Based on the China-Europe freight train service, Sinotrans has established an integrated water-rail multimodal transportation service network, which combines sea and railway freight, and not only runs across China to Europe in different directions, but also connects with China's neighboring markets such as Japan, South Korea and the Association of Southeast Asian Nations.

During the 13th Five-Year Plan period (2016-20), thanks to the freight train service on the Eurasian continent, the company operated an accumulated 4,300 trips, carrying 420,000 TEU containers of goods, with the compound annual growth rate reaching 49 percent.

The company has launched about 50 freight train routes, and 11 are operated weekly, covering major logistics corridors and hubs around the nation.

Among the 1,580 China-Europe or China-Asia freight train trips the company operated last year, 1,388 were made by China-Europe freight trains, which carried 134,500 TEU containers of goods, up 23 percent year-on-year.

As the COVID-19 pandemic disrupts sea and air freight channels and takes a toll on international logistics and supply chains, reliable and efficient transportation of various resources via China-Europe freight trains has become even more important to support resumption of business and production in several economies, thus contributing to the international fight against the pandemic and stabilizing global industry and supply chains, Li said.

"With its rapid development over the years, the China-Europe freight train service has been extending to an increasing number of economies, benefiting more people around the world," said Feng Xubin, chairman of YXE Trading Service Group, a major China-Europe Railway Express operating platform.

"The freight service also facilitates the entry of products made by small and medium-sized enterprises in Europe and neighboring economies into China's huge market, demonstrating China's firm stance on opening-up," Feng said.