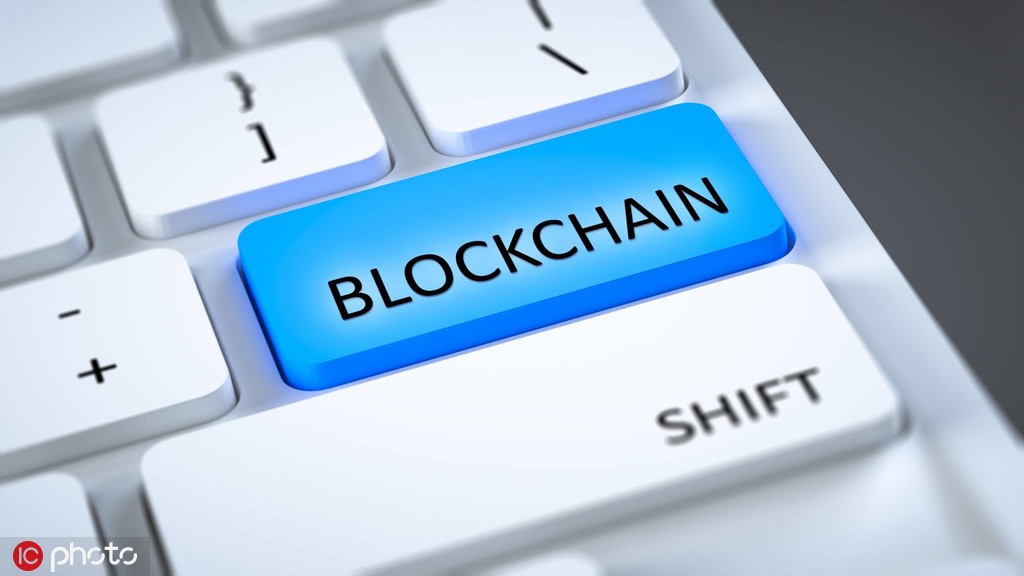 Firms in sector see prices decline 1.1% on average as investors pull back

The abrupt craze for listed blockchain companies which swept the market in the previous session and sparked a surge in prices showed signs of cooling off as investors pulled back at the same time as A-share benchmark indexes ended at their lows for the day on Tuesday.

The Shanghai Composite Index shed 0.87 percent to finish on Tuesday at 2954.18 and the Shenzhen Component Index dropped 0.57 percent to likewise close at the day's low of 9746.03.

The surge was inspired by remarks of President Xi Jinping, general secretary of the Communist Party of China Central Committee, who urged on Oct 24 that more efforts should be made to quicken development of blockchain technology, highlighting its important role in the new round of technological innovation and industrial transformation.

Lu Lei, deputy head of the State Administration of Foreign Exchange, said on Sunday that the nation's foreign exchange regulator is also studying the use of blockchain and artificial intelligence to boost cross-border trade financing, as well as preventing capital flow risks.

Analysts from Haitong Securities cautioned to investors in a research note that the technologies of blockchain and cryptocurrency are still quite immature.

The price rally is basically the result of market speculation. Based on past experiences, the performance of those stocks will probably dissipate after a few days of gains. Investors should avoid increasing their investment in those stocks blindly, Haitong said in its note.

But Haitong analysts also pointed out that government's supportive policies are of great importance to the industry's long-term development. They said the rise of blockchain technology will boost the development of related sectors such as intelligent manufacturing, financial services and logistics management.

"When it comes to blockchain, a lot of people will associate it with cryptocurrency. But in fact, blockchain is a computer technology and cryptocurrency is one of its many applications," said Yang Delong, chief economist at Shenzhen-based First Seafront Fund.

Although some domestic and overseas internet leaders have tapped or looked into blockchain technology, the investment in this sector in the domestic market is speculative over the short term and this will boost the prices of some stocks, Yang said.

At this time, up to 90 percent of the cryptocurrencies launched so far have no real application scenarios at present, he said.

"From the mid-to-long term perspective, the application of blockchain technology is crucial. It is key to the companies' performance as well as the success of their investment," Yang stated.

According to market consultancy IDC, the compound annual growth rate of China's blockchain market will hit around 78.3 percent between 2018 and 2022. The banking industry is currently the biggest user of blockchain technology, followed by discrete manufacturing and retailing.