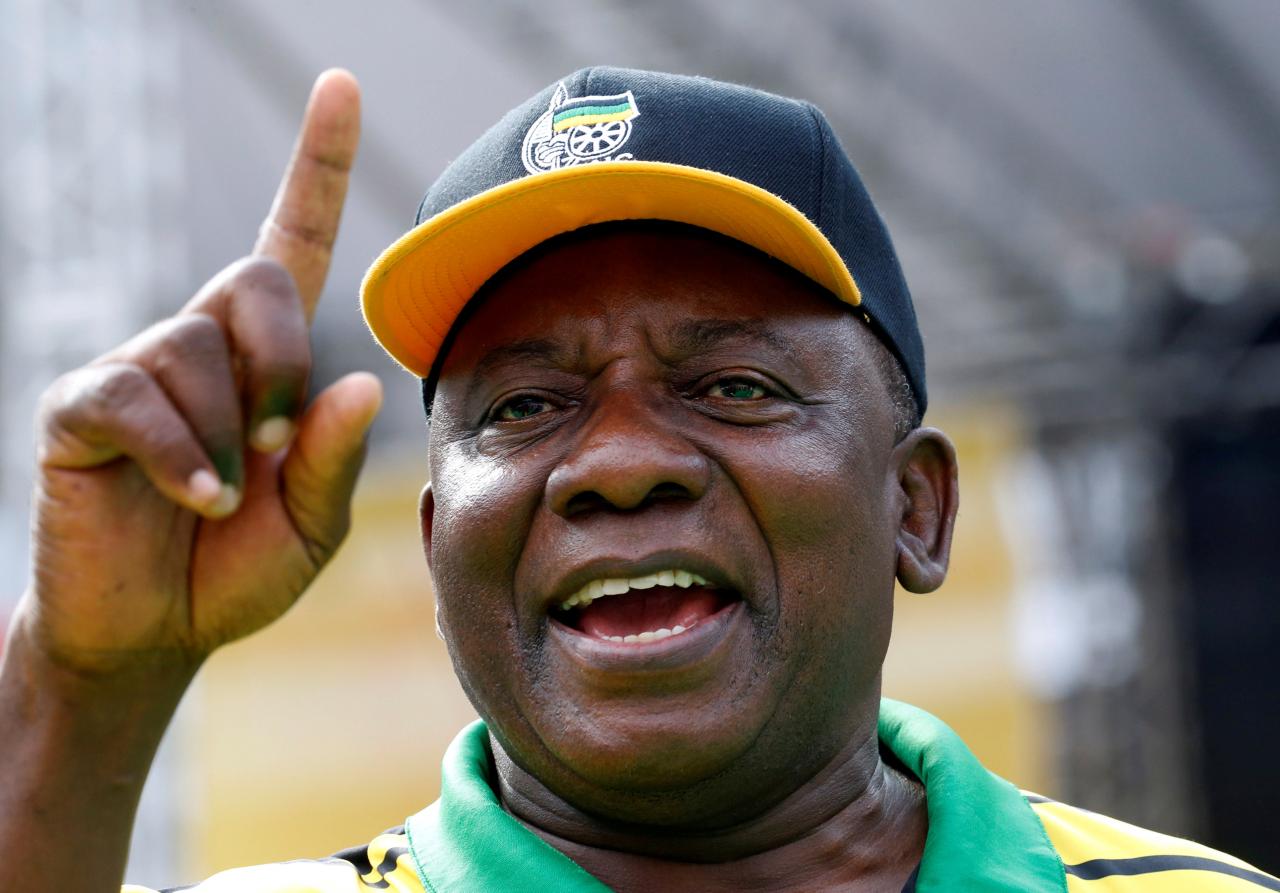 South African President Cyril Ramaphosa appointed a team of business and finance experts on Monday to hunt the globe for 100 billion rand ($8 billion) in investment to boost the ailing economy.

Ramaphosa became president in February after winning the leadership of the ruling African National Congress last year on promises to revive the economy and crack down on corruption.

“These are people with valuable experience in the world of business, investment and finance and they have extensive networks across a number of major markets,” said Ramaphosa before leaving Johannesburg for a Commonwealth Heads of Government Meeting in London.

Ramaphosa said the envoys would travel to Europe, Asia and across Africa to build an “investment book” to help plug a substantial shortfall of foreign and local direct investment.

“We are modest because we want to over-achieve,” Ramaphosa said, explaining why the government was targeting 100 billion rand rather than a much larger sum.

Political and policy uncertainty damaged investment and business confidence during nine-year presidency of Ramaphosa’s predecessor, Jacob Zuma, when South Africa’s credit rating was slashed to junk by two of the top three agencies and economic growth slowed to a crawl.

The tide has begun to turn under Ramaphosa, with Moody’s last month keeping the country at investment grade and changing the outlook to stable from negative.

The economic outlook has also improved, with the World Bank raising its 2018 growth forecast to 1.4 percent this month from 1.1 percent forecast in September, a touch below the Treasury’s projection of 1.5 percent.

Ramaphosa has sacked or demoted a number of ministers allied to his scandal-ridden predecessor, and reinstated Nhlanhla Nene as finance Minister after Zuma fired him in 2015.