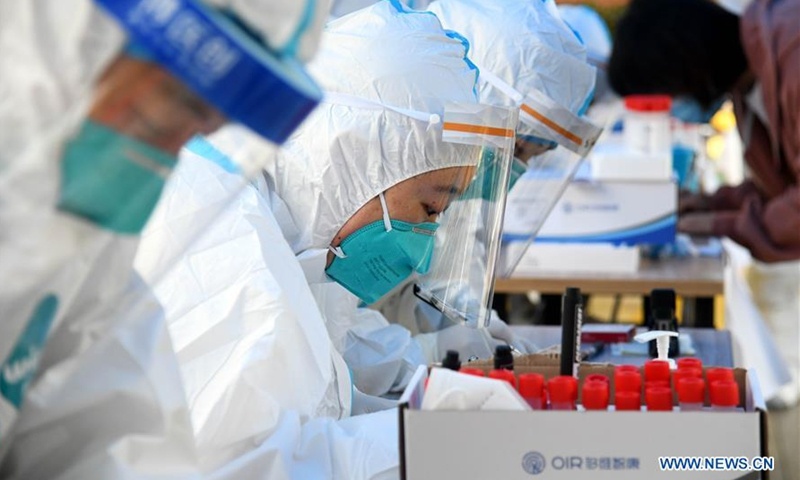 Antigen tests for COVID-19 can be done at the point of care instead of having to send the sample to the laboratory. It can also shorten the turnaround time for COVID-19 diagnostics to about 20 minutes. The kits will enable rapid testing especially on patients with acute infection and high viral loads, and make earlier screening of suspected cases possible, allowing more swift response, the NMPA said.

The approval comes at a time when several places in Europe have decided to conduct mass tests for COVID-19, as the second wave sweeps the continent. Slovakia has asked every adult to get tested twice before November 8, and every resident in Liverpool in the UK is also required to get tested starting from Friday.

Slovakia has around 5.45 million people, way smaller than the population of the Chinese city of Qingdao where 9 million people were tested last month. However, if more European countries decide to purchase the new antigen test kits, it might bring a new wave of demand to Chinese kit makers, Bai Yu, president of the Medical Appliances Branch of the China Medical Pharmaceutical Material Association, told the Global Times.

Antigen tests can be less reliable compared to the PCR diagnostic tests which were used in the mass testing in Qingdao last month. "But if the antigen test proves to be efficient, more Chinese companies will undoubtedly begin to produce for export," Bai said.

Wondfo Biotech said that its COVID-19 test kit has won the CE mark - a certificate to enter the European market - in September, and has been included on the approved list of products by China's medical export authority in early November, meaning that it is ready for export.

However, it is by no means alone in developing the antigen tests. In late September, the US medical company Becton Dickinson said that its fast antigen test products have been greenlighted in Europe. Other medical companies such as Roche and Qiagen also said that they were ready to launch their own rapid antigen tests for COVID-19 in September.

"The global supply chain of test kits has changed from March and April, when Chinese manufacturers almost dominated the world's supply because they were the first to respond," Bai said, "Now larger, older pharmaceutical giants will also join the competition."