BUSINESS RCEP may come into force in early 2022, as 6 ASEAN countries progress in approving it

RCEP may come into force in early 2022, as 6 ASEAN countries progress in approving it 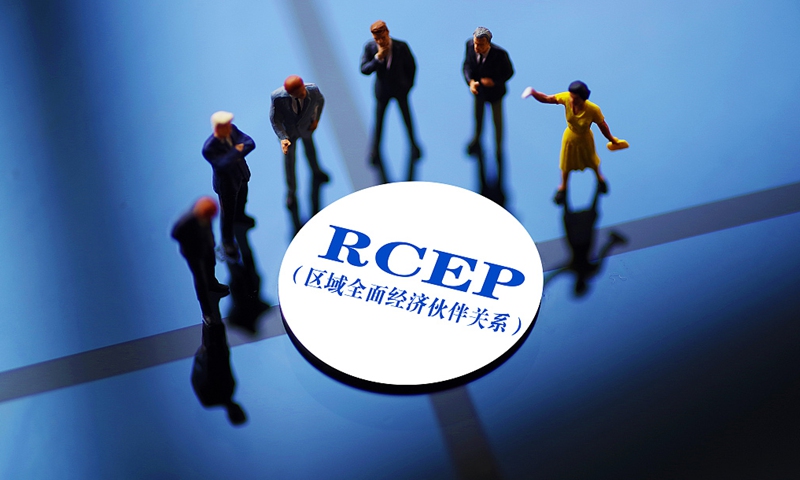 The final completion of the Regional Comprehensive Economic Partnership (RCEP) has moved one step closer after six ASEAN countries submitted their approval letter for the RCEP on October 28, the Deputy Prime Minister and Commerce Minister of Thailand, Jurin Laksanawisit, said on Monday.

Experts said that the latest significant move indicates the final completion of the RCEP could come into effect in January 2022, as scheduled.

While the possibilities for the US attempts to disrupt the RCEP from coming into force remain, there is a very little chance for Washington to hold back the initiative to enable further Asia-Pacific economic integration driven by a region-wide economic recovery and the need to consolidate stable and safe supply chains in the post-Covid19 era, experts said.

Thailand has deposited the RCEP approval letter with the ASEAN Secretary-General, which means Thailand has officially completed RCEP approval process, Jurin told a press conference on Monday, a significant step toward the final completion of the highly-expected regional partnership.

Among the 15 member countries, 11 countries have completed the process or entered the final stage, increasing the possibility for the agreement to take effect in the first half of 2022, media reports.

Once the RCEP framework for phasing out tariffs on 91 percent of commodities is implemented, trade throughout the Asia-Pacific region as the world's largest free trade zone will unleash its unprecedented potential, leading the goal of common prosperity among them.

In November 2020, 15 RCEP member states formally signed the agreement. Despite the interference from the US, substantive progress has been made among the vast majority of countries in the region.

The third RCEP leaders meeting was held in Bangkok, Thailand in November 2019 during which a joint statement was issued, announcing that 15 countries, except India, have concluded all textual negotiations and moved forward market access negotiations.

While it is hard to say whether the US may still want to meddle before the final completion of the RCEP, it holds no economic bargaining chips to stop the regional integration trend, except for repeated rhetoric from the US based on political bias, Liu Zongyi, secretary-general of the Research Center for China-South Asia Cooperation at the Shanghai Institutes for International Studies, told the Global Times on Tuesday.

In stark contrast to the weak and egoist obstruction of the US, the huge economic and trade synergy based on the sustainable growth of all RCEP countries is accountable.

Once RCEP enters into force, it will cover 10 ASEAN countries as well as China, Japan, South Korea, Australia and New Zealand, and will have a huge market of 2.2 billion people, accounting for nearly one-third of the world, and a GDP of $26 trillion, according to media reports.

China, as the major contributor and driver of the RCEP agreement, has also formally applied to join the Comprehensive and Progressive Agreement for Trans-Pacific Partnership (CPTPP).

China's recent application to join the CPTPP demonstrates that China is willing to further expand its market access to foreign investors by joining such the high-standard investment agreement, China's Vice Minister of Commerce Wang Shouwen said at a press conference on October 28.