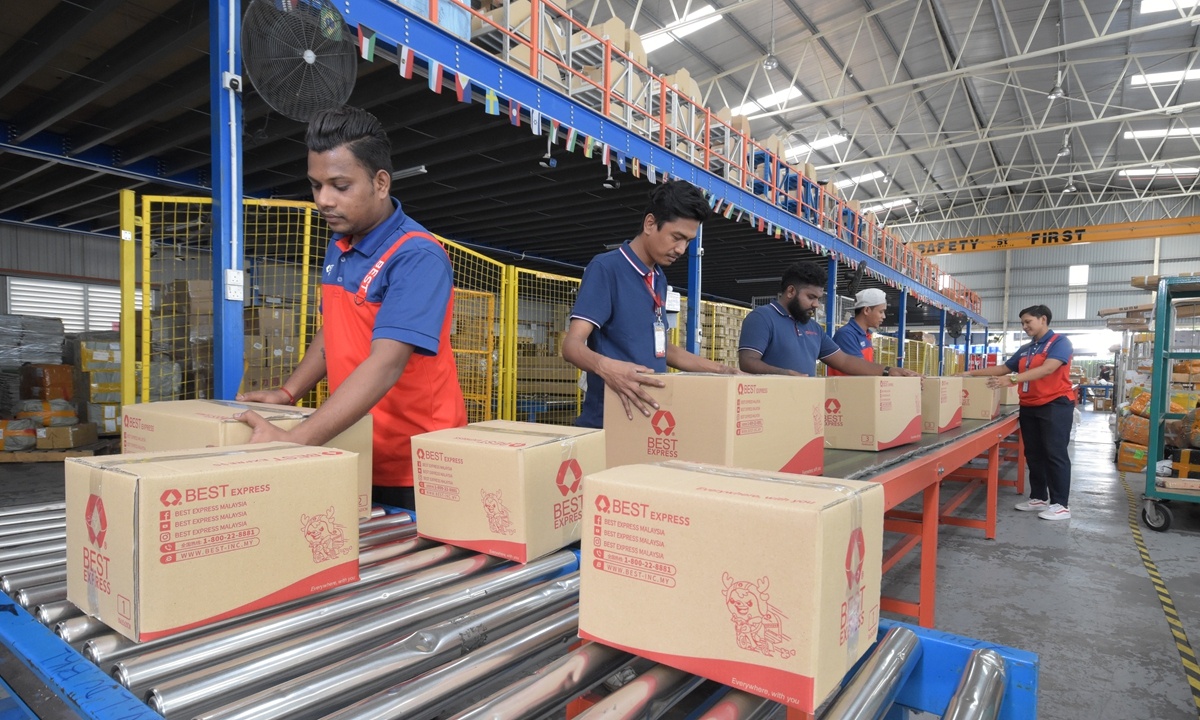 Twenty-five-year-old Miao Yujie said he was greatly cheered by the inking of the Regional Comprehensive Economic Partnership (RCEP) on the weekend, because his e-commerce clothing startup, which sells to Southeast Asia, will undoubtedly reap the rewards of an agreement that offers new advantages in online payments, customs clearance and tariff reductions.

"The signing of the trade pact is a boon for the entire cross-border industry," said Miao, co-founder of Hangzhou-based apparel startup Jollybuyer. "On our cross-border e-commerce platform, most of the countries in Southeast Asia have adopted a cash on delivery payment system. The RCEP will help promote the development of online payments to a greater extent, allowing companies like ours to receive the payment quicker," he added.

The newly-inked deal, which encompasses China, Japan, South Korea, Australia, New Zealand and the 10 members of the Association of Southeast Asian Nations, will create what will become the world's largest free trade zone (FTZ), covering about one-third of the world's total population and GDP.

In Chapter 12 of the pact, Electronic Commerce is outlined as a key sector in the FTZ. The agreement includes the facilitation of paperless trading, electronic authentication and electronic signatures, as well as online consumer protection and online personal information protection - all of which are included in the text of the deal.

As more and more cross-border activities are forced to move online amid the coronavirus pandemic, now is the right time to provide a beneficial digital trade environment for both companies and consumers in the region, Singaporean Minister for Trade and Industry Chan Chun Sing said after the signing of the RCEP on Sunday.

As global internet giants continue to expand their footprint in Southeast Asia, creating intense competition among multiple online shopping platforms in the region, including Amazon, Shopee and Lazada, the RCEP will bring more opportunities for them to penetrate further in to the lucrative market.

Made-in-China products may find better ways to enter the member countries within the region too, since factors such as customs clearance and logistics efficiency, as well as the consumer shopping experience, will all be improved as a result of the agreement.

Launching express delivery services in its "key focus area" of Southeast Asia, Chinese smart supply chain and logistics services provider BEST Inc applauded the trade pact: "The signing of the RCEP will promote high-level opening-up of the trade in goods among the countries in the region, facilitating trade freedom and convenience," Johnny Chou, founder, chairman and chief executive of BEST, told the Global Times on Tuesday.

During the recent Double Eleven (November 11) shopping spree, BEST saw the volume of parcels triple on November 12 in Thailand, Vietnam, Malaysia, Cambodia and Singapore compared to a usual day. In Thailand, the number of express delivery orders during the peak of the shopping festival soared more than 10 times from the same period a year ago.

Southeast Asia, home to 360 million internet users - 90 percent of whom are connected via mobile phones - may see its e-commerce market reach $300 billion by 2025, according to the E-conomy SEA 2019 report compiled by Google, Singapore state investment firm Temasek and Bain and Company.

Chou says the RCEP maintains precluding a party from imposing taxes on electronic transmissions, further regulates customs duties, and will help both the region's cross-border e-commerce platforms as a whole, and Chinese manufacturing enterprises to explore overseas markets.

The lower Chinese import tariffs will also attract more member countries to sell their goods in the world's second largest economy, which is heading toward a healthy economic recovery amid a sluggish global economy, industry observers said.

In particular, observers believe Japan will see greater e-commerce opportunities in the region, since the RCEP is Japan's first free trade framework with its vital trading partners China and South Korea.

Fu Luyong, executive director of Laox China, told the Global Times that the company's exports and cross-border e-commerce businesses to China have seen double-digit growth in the past two years.

"Now the RCEP deal has been reached, the tariffs on Japanese consumer goods and industrial goods will be reduced greatly. The import tariffs on Japan's signature alcoholic beverage sake, popular with Chinese consumers, will also be lowered," Fu added.

Many of the most popular imports among Chinese consumers come from the member countries under the RCEP, such as cosmetics from South Korea, electronics and food from Japan, rice from Thailand, dairy products from New Zealand and wine from Australia.

Analysts have said China's imported consumer goods market will become richer in variety as well as cheaper now that the RCEP is signed, though it is hard to see a sharp price drop on the near horizon.

Alibaba's leading e-commerce platform Tmall International told the Global Times that in the short term, the RCEP will not make a big impact on China's cross-border e-commerce.

Cross-border e-commerce mainly center on consumer goods, instead of the bulk commodity and raw materials that the RCEP will do the most for, Tmall said.