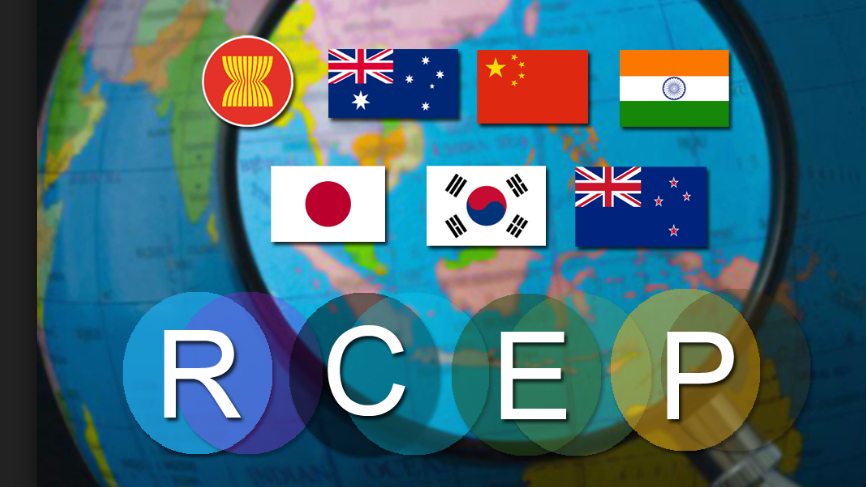 It added that the RCEP is broad, covering many economies and goods, and the deal "is a rarity in these more protectionist times."

According to the trade pact, the RCEP will progressively phase out 90 percent of the tariffs on imports between signatories, and set up common rules for e-commerce, trade and intellectual property, which will largely boost investment, further integrate industrial and supply chains, better protect investors, and facilitate the movement of goods, funds and people across the region.

The trade deal will knit those economies closer together, the Wall Street Journal (WSJ) has noted, saying it shows China's determination to further link its market with those of its neighbors, many of which already count China as their largest trading partner.

The WSJ said that at present, even countries with bilateral trade deals often impose high tariffs on finished goods such as televisions if a significant portion of the raw materials comes from a third country.

"The deal would allow companies to source raw materials from within the bloc, with their final product enjoying low or no tariff," it added.

Deborah Elms, executive director of the Asian Trade Centre, said the RCEP is transformative, adding Asia remains open for business and has set up an institutional structure to help the region continue to lead, according to National Public Radio (NPR).

The major economies -- Japan, China and South Korea -- "never really had the big free trade agreement between each other. And this (RCEP) could be a big boost to the trade between those three," Trade economist Chad Brown at the Peterson Institute for International Economics has told NPR.

Formally signed on Sunday after eight years of negotiation, the RCEP agreement is the largest free trade agreement in the world, covering a market of 2.2 billion people, or almost 30 percent of the world's population, with a combined GDP of 26.2 trillion U.S. dollars or about 30 percent of global GDP.