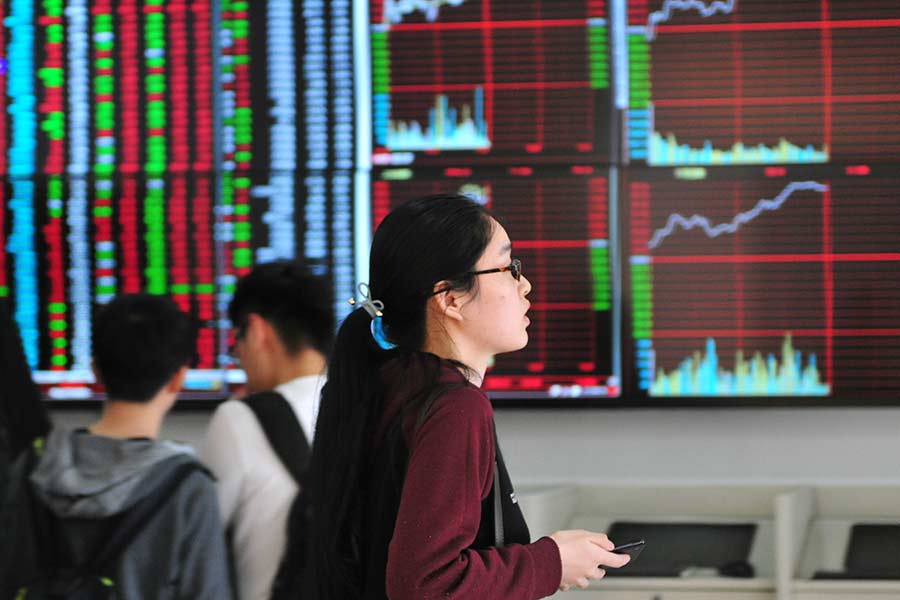 Major stock and bond index providers have started, or have announced that they intend, to increase the weighting of China's securities in their respective benchmark indexes over the course of 2019-20.

Global index provider MSCI Inc. announced in February that China's coverage in the MSCI Emerging Market Index will increase from its coverage of 235 large-capitalization A-shares to 253 large-and 168 mid-capitalization stocks. On a pro forma basis, A-shares will constitute 3.3 percent－a significant increase from the current 0.7 percent－of the MSCI-EM Index when the process is completed in November.

The FTSE Russell, the first international index provider of the Chinese mainland's benchmarks 20 years ago, has elevated China's A-shares to emerging market status and started adding them to the FTSEEM Index from June 24, 2019. Upon full implementation of phase 1 by March 2020, the A-shares will make up 5.7 percent of the index.

And the Bloomberg Barclays Global Aggregate Bond (GAB) Index started the process of including China's yuan-denominated government and policy bank bonds as a constituent on April 1. Other index providers, such as the FTSE Russell and JPMorgan, are reportedly also considering adding China's debt to their indices.

The MSCI, FTSE Russell and Bloomberg Barclays GAB indexes cover a sizable share of the investible markets in the world. For example, the MSCI-EM alone is tracked by an estimated $1.9 trillion in assets under management (AUM) from pensions, endowments, passive funds, and other investors. And the re-weighting of these major global investment indexes is expected to result in a re-allocation of capital across emerging markets. As a result, China's asset market will inevitably become more important for global investors, notwithstanding the "noise" created by the ongoing US-China trade tension.

An increased weighting for China's securities in these indexes in the MSCI would mean a larger allocation of AUM by foreign fund managers into the Chinese markets. While this shift would be a welcome development for both Chinese enterprises seeking financing and global investors searching for emerging opportunities, it potentially represents bad news for other emerging markets.

To what extent will the inclusion, or share increase, of China in the major stock and bond indexes, affect emerging markets in general, and the ASEAN+3 region specifically? Almost all constituent markets should see their weightings in the MSCI-EM, FTSE-EM and Bloomberg Barclays GAB indexes shrink after the adjustments. Consequently, re-allocations should result in outflows from these markets into China's onshore market.

China's onshore stock market, with market capitalization of $6.7 trillion, is estimated to receive about $85 billion, or the equivalent of 1.3 percent of its current size following the MSCI adjustments. This inflow should boost the foreign holdings of A-shares from the current 6.7 percent to 8 percent, but the inflow would be offset by outflows of $32.3 billion from the offshore market.

Elsewhere, the Republic of Korea would see the biggest absolute amount in outflows from the MSCI-EM re-allocation, estimated at almost $14.9 billion, or 1 percent of its market capitalization. The projected outflows for Malaysia, Indonesia, and the Philippines are relatively small, at between $1.2-2.5 billion, or less than 1 percent of their respective stock market capitalization. That said, there could be some short-term price fluctuations in those markets.

The re-weighting of the FTSE-EM would also result in capital flows across constituent markets similar to those of the MSCIEM. However, the amounts would be significantly less, given the relatively smaller size of AUM tracking the former.

The impact of the re-weighting of the Bloomberg Barclays GAB on capital outflows would be largest for the United States, the eurozone and Japan, in absolute US dollar terms. About $107 billion is expected to be re-allocated to China's bond market. By comparison, reduction of local currency debt securities for the rest of the region (including the ROK, Singapore, and other ASEAN markets) would be relatively small, estimated at $2.5 billion, given their small weights in the index. Such magnitude could be considered modest compared with the volatility in the actual bond market flows over the past year and a half.

That said, the implications for capital flows from the re-weightings and consequent portfolio rebalancing should not be viewed in isolation. In particular, the investment index changes will be phased in over many months, which will allow investors to gradually and smoothly re-allocate their investments, thus mitigating the impact on volatility; and the continuing inflows of new AUM across constituent markets, which should help to further smooth capital flows.

The author is a financial sector specialist with the ASEAN+3 Macroeconomic Research Office (AMRO), a regional macroeconomic surveillance organization. This is an excerpt from the organization's latest report. The views don't necessarily represent those of AMRO or China Daily.