BUSINESS Reaching for top echelon in R&D of new drugs

Reaching for top echelon in R&D of new drugs 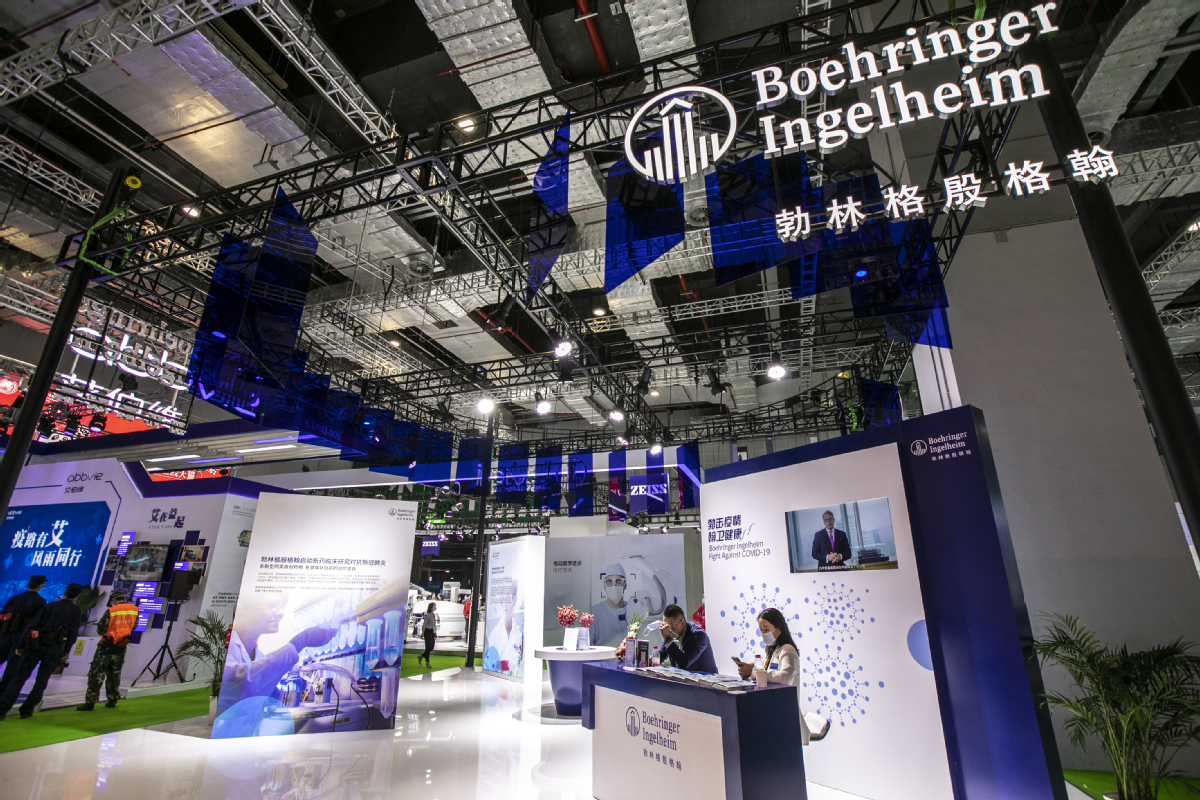 A booth of Boehringer-Ingelheim during the 2020 CIIE in Shanghai. (Photo: China Daily)

China is expected to enter the world's top echelon in the research and development of new drugs within the next decade as many local biomedical companies have cultivated a strong R&D prowess and are thriving in clinical trials, said industry experts.

Such robust development momentum, which has been on the rise over the past five years, is also a result of deepened collaborations with multinational pharmaceutical giants. The country's ecosystem also encourages vibrant innovations under the Health China 2030 Initiative, they said.

Innovation vitality from home and abroad can be propelled mutually and form positive interaction cycles to provide a steady stream of new drugs, said some multinational biotech companies ahead of the fourth China International Import Expo, which will open this week. Since its launch in 2018, the CIIE has evolved into a platform for the world's leading corporations as well as emerging companies to exhibit the latest innovations and step up collaborations with local partners.

"The speed of innovative and new therapies applying for clinical trials and approved for the market in China each year is outpacing others and has been showing an impressive straight uptrend for years," said Wang.

"And in the next generation of therapies－gene- and cell-related fields－the gap between China and the leading players is smaller than in traditional drugs, thanks to China's quick acceptance of new things and diligence," he said.

The country's health ecosystem to support innovative therapies is a major booster, Wang said. The number of expensive biomedicines included in the national medical reimbursement plan has been rising each year, which created a virtuous circle between making investments and seeing the hope of strong returns on those investments.

"Such supportive policies plus large market need, including the aging trend, have attracted a large number of talented professionals and experts, ranging from young graduates to veterans in pharmaceutical enterprises overseas, to return and their entrepreneurial projects have begun to produce positive results," Wang said.

China is already in the world's second echelon of new drug R&D based on the quantity of the innovative product pipelines. "The divide between it and the first echelon, the United States, is narrowing," said Chen Kaixian, an academic who specializes in new drug research at the Chinese Academy of Sciences.

Citing data between 2017 and 2020, a McKinsey report showed that the ratio of locally developed innovative drugs approved in China leaped from 2 percent to 37 percent, although multinational businesses also accelerated the speed of introducing innovative therapies in the country.

"It's a golden time for China's biomedical R&D and innovations. We can definitely stand at the forefront of the world's biomedical innovation with capital assistance after accumulations and summarizations," said Niu Xiaofeng, R&D director of Elpiscience, a Shanghai-based clinical-stage biopharmaceutical company focusing on cancer immunotherapy.

Elpiscience was among 340 biomedical enterprises competing in the national finals of biotechnology during the China Innovation and Entrepreneurship Competition in October.

The company's more than 10 innovative molecules in discovery, with focus on innate immunity and tumor microenvironment, competed with an innovative antibody drug treating tumors. The company said the project has entered the process development stage and is expected to launch Phase-I clinical trials in 2023.

The vitality of new drug R&D with a richer pipeline in China is closely related to the business environment increasingly conducive to innovations and there exist mutual promotions between the R&D dedications and results from local and international investments, said executives of enterprises from home and abroad.

Dan Brindle, president of Novartis Group (China), said the company has had a strong flow of new drug approvals and therapies or indications included in the national reimbursement drug list to expand patients' accessibility to drugs over the past years.

"We expect that China will become our second-largest market in the near future," said Brindle. "I have to give credit to the foresight of the Chinese government and policymakers who continue to evolve the ecosystem in support of innovation in life sciences."

Brindle cited the example of Entrestro, a Novatis drug launched in China in 2017 to treat heart failure and approved for the new indication of essential hypertension in June.

"China was the world's second market to have the hypertension indication for this therapy. It demonstrated the tremendous progress being made on the regulatory front in the country," he said.

He said that within five years, the company plans to submit 50 new drug applications in China, and aims to achieve simultaneous submissions in China and elsewhere for more than 90 percent of new drugs by 2024.

During the CIIE, Novartis will display some cutting-edge therapies not yet marketed in China, including a first-in-class small interfering RNA－ribonucleic acid－cholesterol-lowering treatment with only two doses a year.

Following the 2019 investment of an additional 863 million yuan ($135 million) to upgrade a Shanghai-based R&D facility, the Roche Innovation Center Shanghai, Roche announced Roche Accelerator, an operation to help accelerate healthcare innovation in China, in May and will demonstrate it during the fourth CIIE.

Startups in the Shanghai-based accelerator with an investment of nearly 300 million yuan each will have access to Roche's full spectrum of local resources ranging from early research and development to commercialization, and will also be provided with research funding support or subsidies.

The company said that scientists from the Roche Innovation Center Shanghai and Roche Group's global R&D centers will engage with entrepreneurs and share their insights.

Also, the accelerator will join hands with strategic partners, including Zhangjiang Group, to foster a batch of startups that will play a leading role in the global innovation ecosystem.