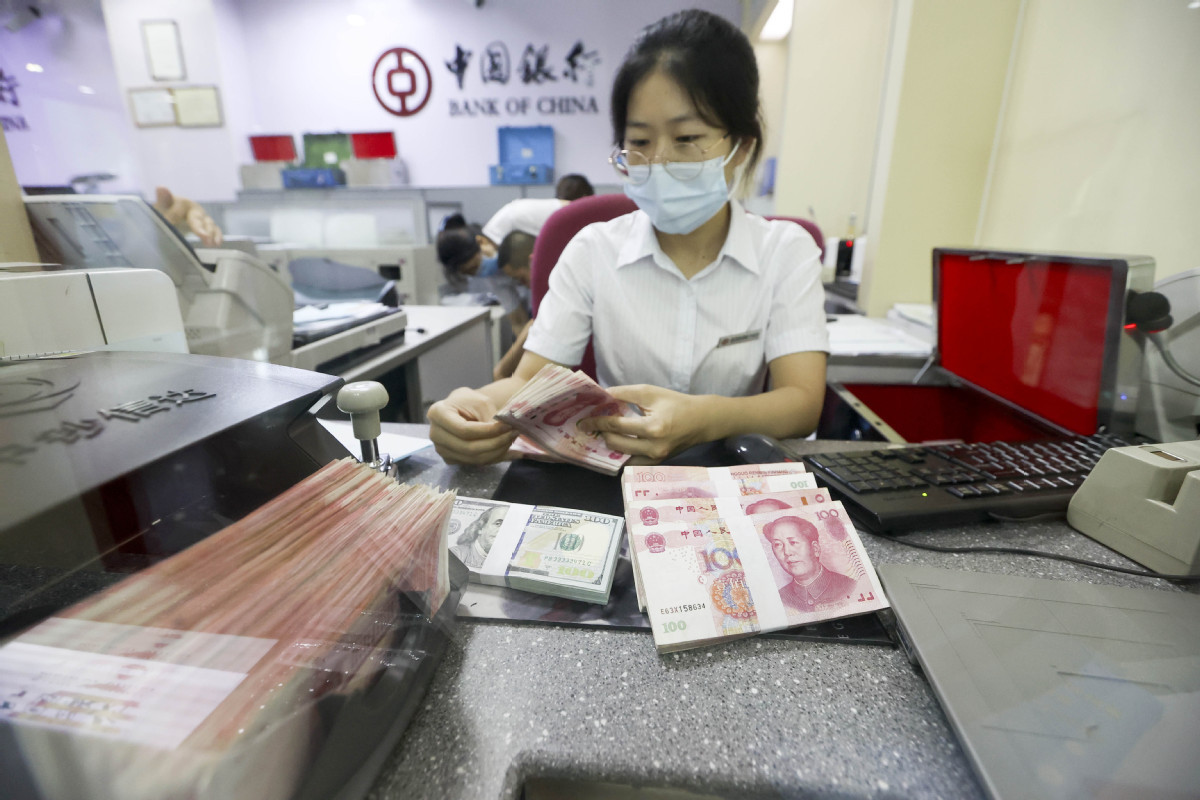 The outstanding total social financing, which measures all funds moved from the financial sector to the real economy, increased to 302.49 trillion yuan ($46.64 trillion) in July, up 10.7 percent year-on-year.

Ruan Jianhong, the PBOC's spokeswoman, said earlier that the credit supply this year will continually focus on serving the real economy. The financial sector maintains strong support for manufacturing, infrastructure and the services sector except for the property sector.

It can be seen as evidence of further progress made on China's dual-circulation development pattern that will divert more funding away from the property market and toward the real economy, like the high-tech manufacturing sector, said Lu Ting, Nomura Securities' chief economist in China.

Compared with last year, the money supply has slowed amid the continual economic recovery, which also indicated that China did not resort to excessive monetary easing to hedge slowdown risks amid the COVID-19 shocks, said Lou Feipeng, a senior economist at Postal Savings Bank of China.

The central bank said in the latest quarterly report on its monetary policy that the key to containing inflation is control of money supply. And it normalized money supply since May 2020, ahead of other major economies.

The PBOC has been aware of the surge of producer prices and predicted they may persist at a high level in the short term.

But the inflation pressure is controllable and the producer price index will probably fall back as the (low) base effect fades and global supply production recovers, the central bank said in the quarterly report.