The majority of property developers in China reported continuous but slowing profit growth in the first half of 2019. Industry experts said that this reflects that a stable development trend is emerging in the nation's real estate market. 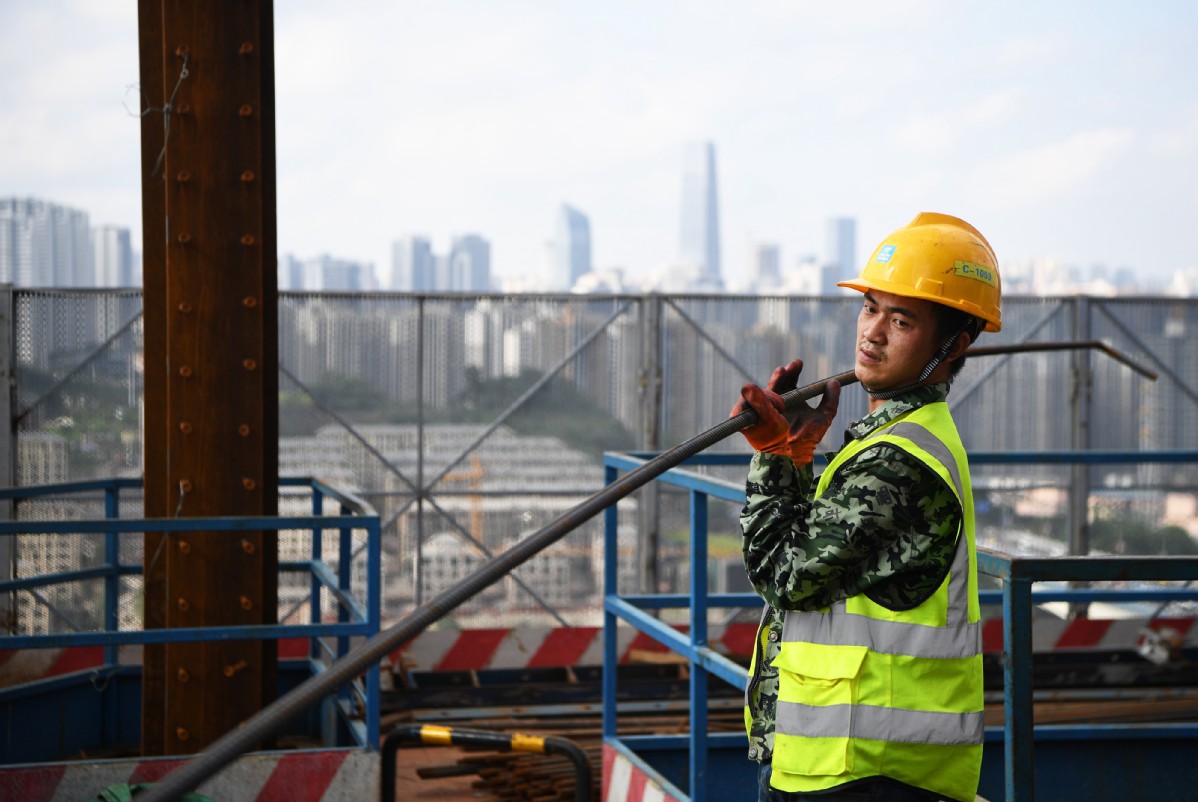 A construction worker at a building site in Chongqing. (Photo: Xinhua)

The net profit of leading real estate company Country Garden increased 41 percent in the first six months to 23.06 billion yuan ($3.25 billion), compared with the same period of last year, according to its statement on Thursday, but the growth rate last year was more than 90 percent.

Another leading developer China Vanke Co Ltd saw its net profit grow 29.8 percent in the first half of this year, but it is trying to maintain steady development. In the same period, it acquired 54 new projects with a total planned gross floor area of 13.728 million square meters, down by 33 percent.

About 30 developers so far declared negative growth, and real estate giant China Evergrande Group is one of them. Earlier this month it released a warning that its net profit is expected to plummet about 49 percent to approximately 27 billion yuan from that of the same period last year, due to the decrease in the floor area of properties delivered in the first half of the year.

The company recently also started a sales campaign to stimulate sales, providing a discount of 22 percent in more than 500 of its property projects nationwide. Although September and October is a traditionally busy time for property developers, the basic discount it gave last year was 11 percent.

Zhang Dawei, chief analyst at Centaline Property Agency Ltd, pointed out that the real estate market is still mostly on the rise in terms of profit and scale, but its growth rate is slowing down due to tightening regulatory policies to curb an overheating market and rising financial pressure.

From the beginning of 2019, financing channels for developers have become limited, aiming to prevent too much capital flows into the property market.

Yan Yuejin, director of that Shanghai-based E-house China Research and Development Institution, added that property developer bellwethers are proactively paying off their debts and controlling risks, instead of pursuing aggressive expansion.

He regarded it as a positive sign that the market is on a track of more steady development and predicted the trend will continue in the second half of this year.

Sunac China Holdings Ltd, one of China's five major property developers, expected the tightening regulation to cause a gradual drop in land prices from the current relatively high level back to a reasonable one. It will also further intensify the differentiation and the integration of the real estate industry.

"Sales and home prices will both be impacted, since people will not be hurried to buy a house," Sunac Chairman Sun Hongbin told the media when announcing the company's interim results on Thursday in Hong Kong.

Sunac reported net profit of 10.29 billion yuan for the first half of 2019, up 61.7 percent compared with the same period one year earlier. Revenue increased 64.9 percent to 76.84 billion yuan year-on-year.

Sun said the company will continue to strictly control land investment in the second half so as to decrease the gearing ratio at the end of 2019 and maintain its long-term downward trend.

Sunac replenished its land bank from January to April when the land market was at a momentary low level. After land prices rebounded in May, the company stopped acquiring land through land auctions.

The developer now owns a total of 213 million square meters, of which more than 83 percent were located in first-tier and second-tier cities.

The purchase of land in the first half made the company's gearing ratio go up. The company said control of the gearing ratio will be one of the most important tasks for the management board from now on.