HAIKOU, Dec. 16 (Xinhua) - Deals worth more than 77.2 billion yuan (around $11.2 billion) were signed during an agricultural fair for tropical products that concluded in south China's Hainan Province on Sunday. 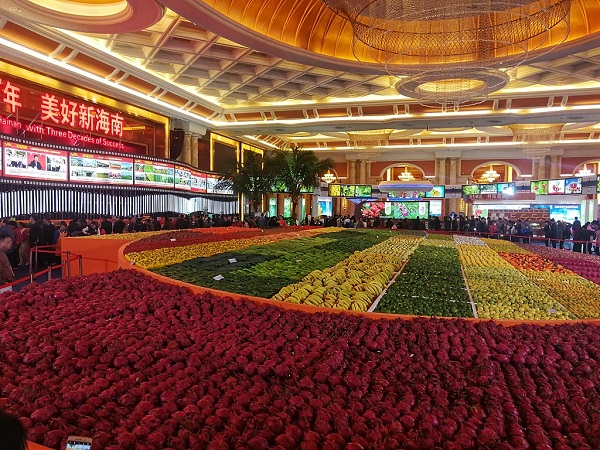 This presents a record amount for deals reached at the annual event that started in 2009, and a 10.6 billion yuan increase year on year.

This year's China (Hainan) International Winter Trade Fair of Tropical Agricultural Products, with a record number of around 530,000 visitors, saw 138 enterprises from 34 countries and regions bring over 400 products for exhibition.

Hainan, China's southernmost province, is known for its wide variety of tropical products. China announced plans earlier this year to develop the island province into a free trade zone, the country's 12th and largest.