BUSINESS Record buyers get back in vinyl groove

Record buyers get back in vinyl groove 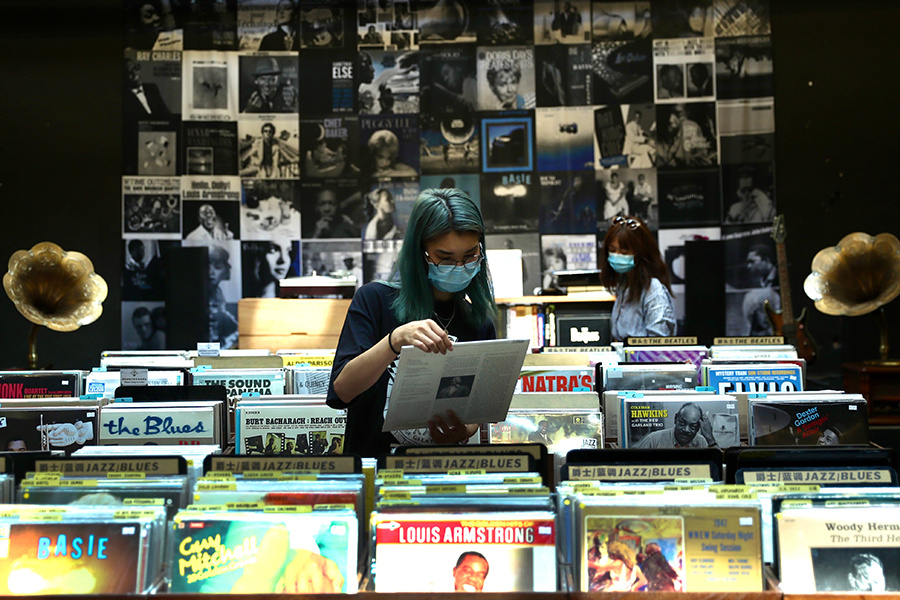 LiPi-Records is one of the biggest stores selling vinyl discs in Beijing. (Photo: China Daily)

Since launching his debut album Jay in 2000, Mandarin pop star Jay Chou has built a massive fan base in Asia.

To mark his 20th anniversary in the music industry, the singer will release a set of vinyl records, Chou's record company Sony Music announced on June 30.

Featuring 150 songs from his 14 albums during the past 20 years, the set will include a blank vinyl disc to promote Chou's upcoming album.

"This is the first time I have released on vinyl. My first album was released on Nov 6, 2000, and it's meaningful for me to celebrate my career with a set of such discs," Chou said.

Vinyl plays a small but vital part in China's music industry. Rather than disappearing, the format is making an impressive comeback amid competition from digitalized music.

The resurgence of interest in vinyl also underscores the fact that the country has become a dynamic force in recorded music.

The Global Music Report: Data and Analysis for 2019, published on May 4 by the International Federation of the Phonographic Industry, showed that China remained the seventh-largest market for recorded music.

Chou's longtime friend, lyricist Vincent Fang, who has written songs with the singer since 2000, said, "The release of Chou's old albums on vinyl can serve as time capsules, locking in our memories."

Fans have reacted warmly to Chou's release on vinyl.

Bao Leshan, a 30-year-old Beijing office worker, has reserved a set of the records.

A big fan of Chou since she was a primary school student, Bao has bought all the singer's albums, attended his concerts and even visited Tamkang High School in Taiwan, a location for Chou's directorial debut movie, Secret.