TOKYO, Oct. 23 (Xinhua) -- The number of foreign students who found work in Japan after graduating from universities or vocational schools here hit a record high in 2018, the Immigration Services Agency said Wednesday. 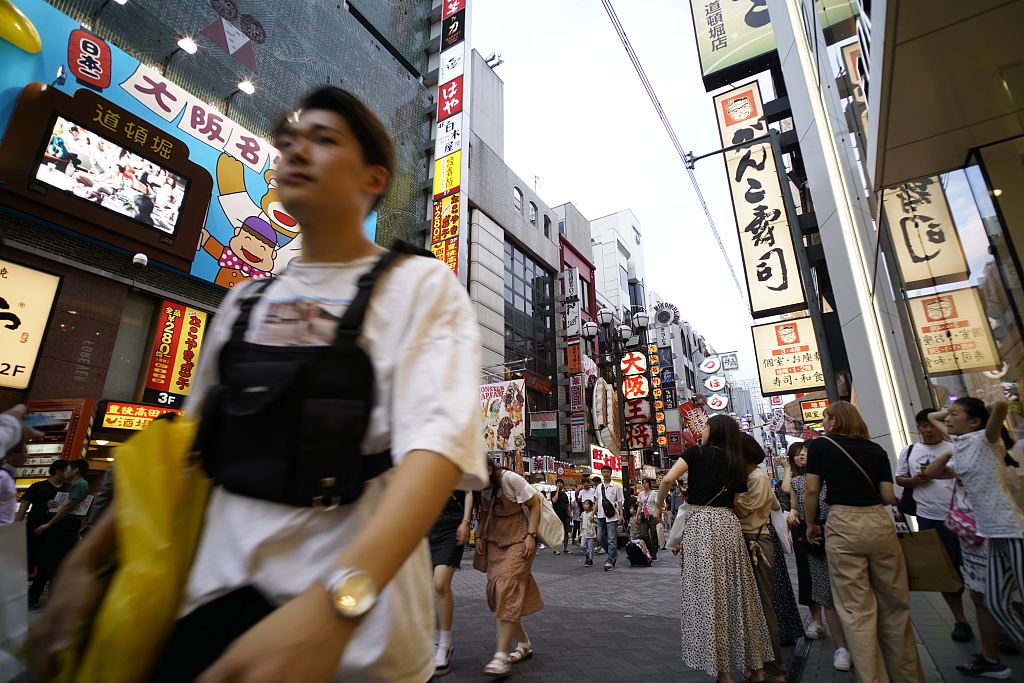 According to the agency, 25,942 previous students were granted working visas last year, rising 3,523 from a year earlier and marking a record high.

After graduating in Japan, foreign students are required to change their status of residence if they want to work in Japan after graduating from either vocational schools or universities.

The record figure, twice compared with figures in 2013, reflects the increase in the number of foreign students studying in Japan and the government's better provisions to accommodate them, officials from the agency said.

The spike in the number of foreign graduates here finding work also coincides with a demographic crisis Japan is facing as the population continues to simultaneously age and shrink, which has contributed to a hollowed-out work force.

Japanese companies have steadily been turning to foreign workers to help fill the void amid the tight labor crunch caused by Japan's rapidly aging population and falling birthrate.

By type of visa status, more than 93 percent of the students obtained working visas in the "engineer, specialist in humanities, international services" category. Those receiving "business manager" visas accounted for 2.2 percent, while the "professor" category comprised 2.1 percent the agency said.

By nationality, students from China comprised the most who switched from student to working visas at 42 percent of the total. Those from Vietnam comprised 20.2 percent and Nepalese students stood at 11.3 percent, said the agency.

Further expanding the scope of work available to foreign graduates in Japan, a Justice Ministry notification was revised by the agency to permit students who had graduated from university to work in the service sector industry under the "designated activities" status of residence.

This was previously prohibited as the type of work was considered as not being relevant to the students' particular experience based on their studies.

Owing to the labor crunch, however, the rule was lifted, allowing foreign students to secure paid employment fairly easily while being able to search for more prestigious careers in Japan.