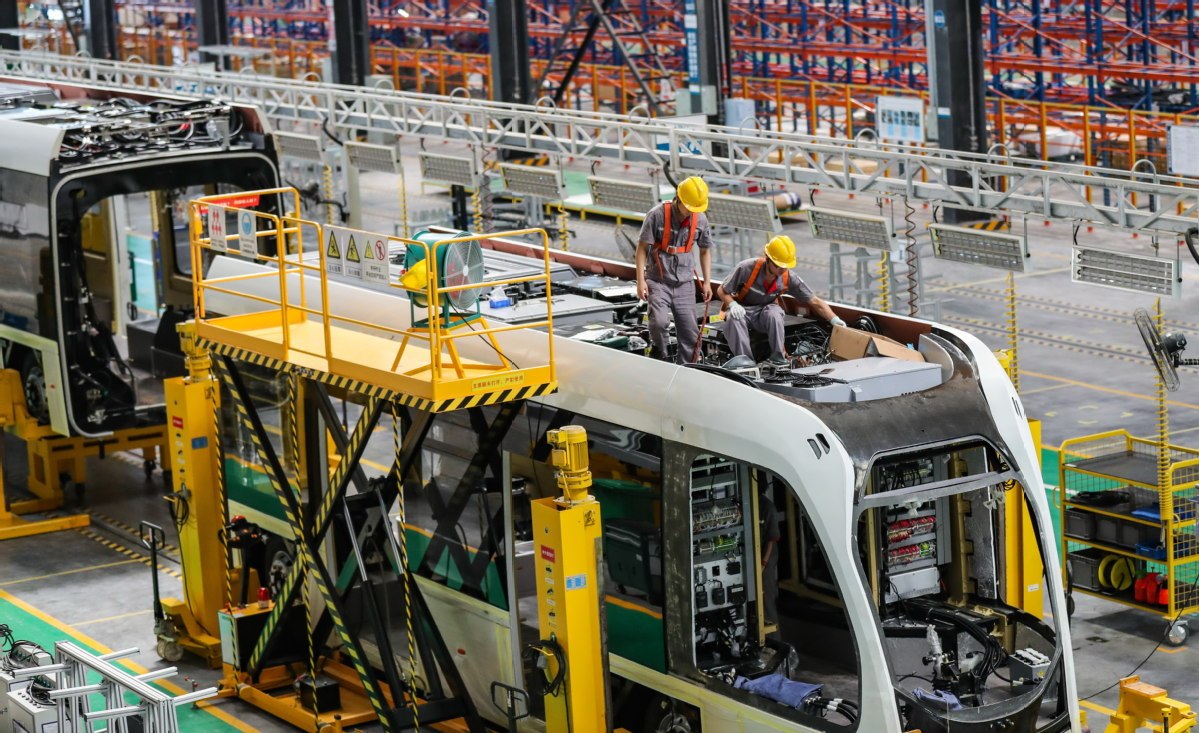 "The manufacturing sector continued to see a strong recovery in demand and this smoothened the demand-supply dynamics," said Zhao Qinghe, a senior statistician with the National Bureau of Statistics.

According to the NBS, the country's purchasing managers index for the manufacturing sector edged down to 51 in August from 51.1 in July. The reading remained well above the 50-mark that separates expansion from contraction, indicating a steady recovery of the sector.

The sub-gauge for production slowed to 53.5 in August, while that of new market orders rose for the fourth month in a row to 52, the highest level this year and up from 51.7 a month earlier.

The trend of the recovery in demand catching up with output has cemented analysts' confidence in China's economic recovery during the rest of the year, as it helped dispel concerns that an economic rebound mainly driven by government-led production resumption would be unsustainable.

China's economy witnessed a strong rebound in the second quarter by growing 3.2 percent year-on-year as business resumption gathered pace. Yet market demand, the ultimate driver of production and economic growth, has lagged as the COVID-19 epidemic restricted offline consumption and impaired people's earnings prospects, they said.

"The improvement in demand should continue, considering that the recovery in exports, infrastructure investment and consumption will speed up," Zhang said.

According to him, export demand is set to recover further as more economies resume business activities. Domestically, infrastructure investment would rally as the impact of floods fades while more consumers are expected to resume offline activities as the epidemic situation stabilizes.

In August, the subindex of new export orders for the manufacturing sector rose to 49.1 from 48.4 in the previous month, according to the NBS. Meanwhile, the recovery in hospitality, catering, culture, sports and entertainment industries has helped the PMI for the nonmanufacturing sector rise to 55.2 in August, up from 54.2 in July.

Liu Xuezhi, a senior researcher at the Financial Research Center of Bank of Communications, said PMI readings for both manufacturing and nonmanufacturing sectors are set to remain in the expansionary territory for the rest of the year as the policies to expand domestic demand filter through.

"With expanded household consumption and investment in new types of infrastructure, China may return to the track of medium-to high-speed economic growth in the third and fourth quarters of the year," Liu said.

Yet experts said more policy support was needed for small businesses whose operating difficulties may deepen and could threaten employment.

"The condition of small businesses and the pressure on employment remain the weak links in the economy. More targeted policy efforts should be in the pipeline to help small and medium-sized enterprises, including reducing operating burden and strengthening financing support," said a CITIC Securities report.