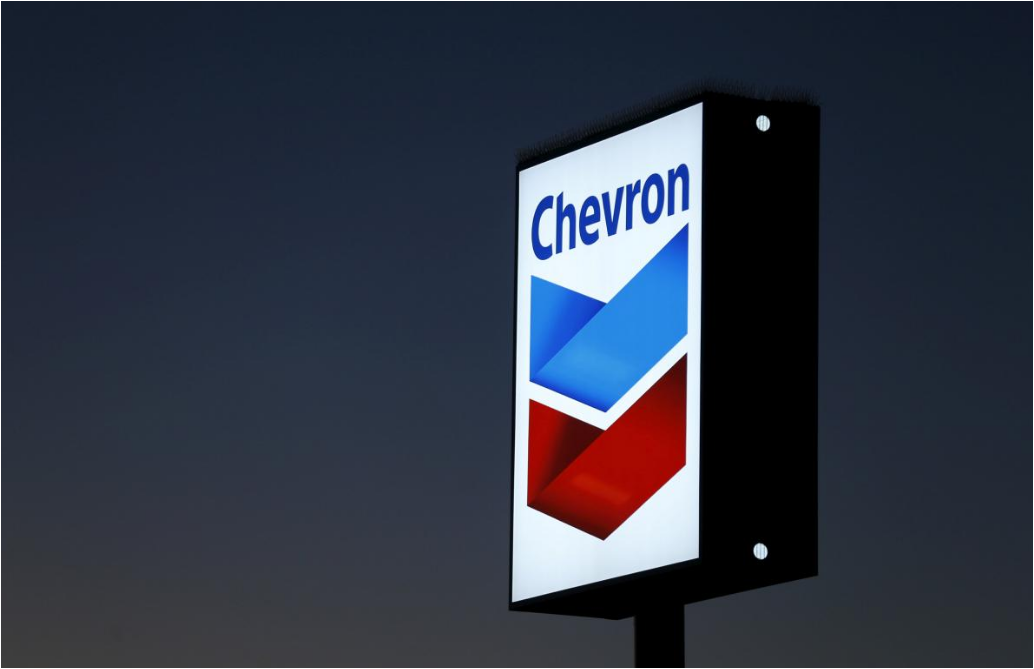 It was the second consecutive quarter that refining weakness, especially outside the United States, clipped improved profit.

Strength in the Chevron division that pumps oil and gas helped overcome the refining weakness and beat Wall Street profit expectations for the quarter.

Exxon, though, has struggled in recent quarters to boost oil and gas output, and its overall first-quarterly results badly lagged expectations.

“While the fourth quarter was a disaster for both, Chevron got back on track” in the first quarter, said Brian Youngberg, an oil industry analyst at Edward Jones. “Exxon’s still trying to get back on the road.”

Both Exxon and Chevron have consistently touted the benefits of owning businesses that produce and refine oil, saying they better balance earnings as commodity prices rise and fall.

Rising oil prices typically harm refiners by squeezing their margins on products, but they also boost profit at divisions that produce crude.

Refining margins in Europe BRT-ROT-REF, for instance, fell more than 14 percent in the quarter and were on track for a 38 percent drop in the second period, the biggest quarterly decline since the fourth quarter of 2015.

At Chevron, earnings in refining and chemical operations dropped 21 percent to $728 million.

Both companies have sought to bolster refining operations. Reuters reported earlier this month that they have asked US regulators for exemptions to US biofuels rules that are typically only given to small companies in financial distress.

‘NOT WHAT THE MARKET WANTS’

Both companies said they are accelerating shale drilling in the Permian Basin of west Texas and New Mexico, the largest US oilfield, helping to lift the nation’s output so far this year to more than 10 million barrels per day, a new record.

Exxon’s US production swung to a $429 million profit from a year-earlier loss. But Exxon has continued to invest heavily in projects that will not produce oil or gas for years. In contrast, Chevron is benefiting from past investments that have boosted output, especially in liquefied natural gas.

Exxon also has struggled in the past 16 months to unwind some of the biggest bets taken by former CEO Rex Tillerson, who left to become US secretary of state in early 2017 before being fired by President Donald Trump last month.

“The market wants the cash back. They want what Exxon can’t give them today because of the mismatch between investment and production.”

Exxon and Chevron told investors on Friday that it was too soon to begin buying back shares, something Wall Street has pushed for.