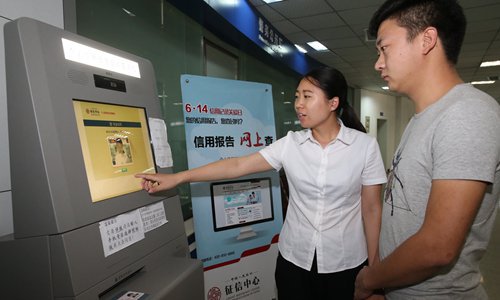 The Cyberspace Administration of China (CAC) released a draft regulation on Monday to promote credit construction in the field of internet information services, another step to advance the full-scale establishment of the country's social credit system.

The regulation aims to strengthen the information management of serious discredited entities in the internet sector, according to a statement published on the website of the CAC, the country's internet regulator.

Experts said that it is another major move to push forward the integrated construction of the country's social credit system, the largest in the world, in a bid to restore social trust in a more comprehensive way - both in offline activities and unmanageable online behavior.

"Internet users, especially those who make comments that may harm national security and invade personal privacy, will face severe penalties," Liu Dingding, a Beijing-based independent internet analyst, told the Global Times on Monday, noting that cyberspace will no longer be "a paradise for lawbreakers."

Entities that fabricate and disseminate information that violates social morality, business ethics and honesty, or seriously harms the public interest and the legitimate rights and interests of people, and has a bad social impact will be put on a blacklist, according to the draft regulation.

Discredited entities in the blacklist will face disciplinary measures such as online behavior restrictions or industry bans. The blacklist is valid for three years.

Liu noted that a penalty of that duration will be a "harsh punishment" for industry players in the internet sector, as vanishing from the internet for three years is like "losing dozens of years in traditional industries."

The draft regulation is open for public comment until August 21.

China's social credit system has to be built on an information-sharing basis to improve tracking data for individuals and companies. China has built the largest credit system in the world, including information on 990 million people and 25.91 million companies and other organizations, according to media reports in June that cited the country's central bank.