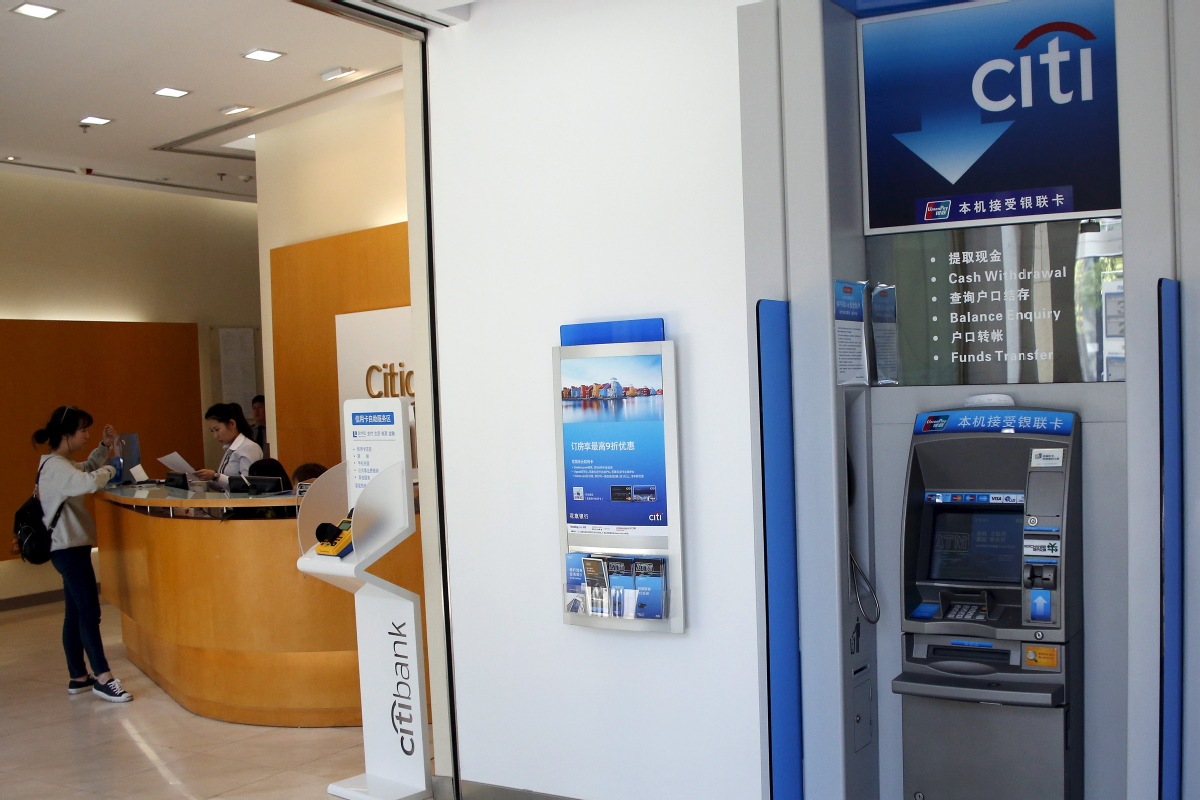 An ATM machine is seen inside a branch of Citibank in Beijing. (Photo: Agencies)

China has revised the measures to implement regulations on the administration of foreign banks, in an effort to further accelerate the opening up of the country's financial sector to foreign investors.

The revision of the measures, issued by the China Banking and Insurance Regulatory Commission on Dec 18, became effective since the day it was released.

The main focus of the revised measures of implementation, according to experts, is to ensure that the revised regulations on the administration of foreign banks, which was issued in October, will be implemented effectively.

The CBIRC has allowed foreign banks to establish subsidiaries and branches simultaneously in the country and set requirements for the relevant banks.

It removed the $10 billion asset threshold necessary for foreign banks to set up locally incorporated banks and the $20 billion asset cap for branches.

After gauging public opinion for a draft of the implementation measures earlier this year, the regulator lifted the restriction that limited the scope of business of foreign bank branches to wholesale banking, which refers to the provision of services by banks to larger customers or organizations such as corporates and institutional clients, if the foreign banks choose to set up branches and subsidiaries in China simultaneously.

The revised implementation measures, on the other hand, allow foreign bank branches to choose their business direction based on a clear functional positioning, said the CBIRC in a note posted on its website on Wednesday.

Zeng Gang, deputy director-general of the National Institution for Finance and Development, said the abolishment of rules that limited foreign ownership of Chinese commercial banks was the most noticeable change of the revised regulations for foreign banks.

Previously, the caps on foreign holdings in domestic banks were 20 percent for a single foreign-invested bank and 25 percent for group investors.

"Taking both efficiency and steadiness into account, China will further open up its banking sector in an orderly way and ensure stability of the financial system at the same time.

"China should control the overall pace and order of the opening-up of its financial sector, comprehensively assess the likely impact of foreign banks' access to the China market, and make differentiated regulations according to the different types of banks and their modes of entering the China market," Zeng said.

The removal of restrictions on market access and foreign ownership and the introduction of a larger number of foreign-invested financial institutions will largely enrich financial products and services provided to Chinese consumers, Dong said.

By relaxing requirements for foreign-invested financial institutions on setting up branches and subsidiaries in the country and expanding their scope of business, China will encourage healthy competition between foreign and domestic financial institutions, improve consumer experiences and better protect consumer interest.

Besides, compared with their Chinese counterparts, foreign-invested financial institutions are more globalized and have richer experience in wealth management and private banking. They will help China's middle class and high net worth individuals improve their global asset allocation, he said.