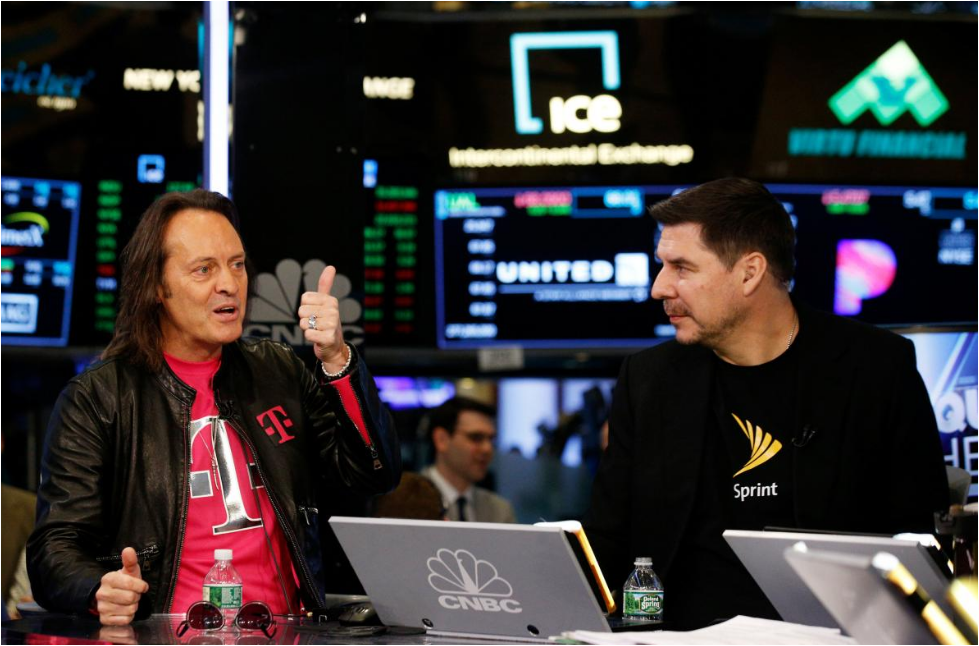 Investors and analysts said on Monday winning US regulatory approval for a $26 billion tie-up of Sprint Corp (S.N) and rival T-Mobile US Inc TMUS.N is the biggest hurdle to completing the deal.

Shares of Sprint and T-Mobile fell 15 percent and 8.5 percent, respectively, on Monday. Sprint’s stock had gained 27 percent since April 10 following media reports that the companies restarted deal talks. The stock was down at $5.53 at mid-afternoon on the New York Stock Exchange.

In situations where there is risk that a deal will not win regulatory approval, stocks trade at a discount of 10 percent to 20 percent to the deal price, said Cowen analyst Colby Synesael.

Shareholders of Sprint, controlled by Japan’s SoftBank Group Corp , would get $6.62 for every share held. Deutsche Telekom AG , T-Mobile’s majority owner, will own 42 percent and control the board of the combined company.

Macquarie Research said in a note that uncertainty could result in a wide spread in shares as a “regulatory review” could prolong the deal closing beyond the first half of 2019, and added “the regulatory backdrop is unpredictable.”

The Justice Department’s antitrust chief, Makan Delrahim, has expressed opposition to “behavioral remedies,” preferring structural changes to ensure deals are not anti-competitive. Changes the government may require could take away from the $6 billion in run-rate synergies, Macquarie analysts said.

SoftBank CEO Masayoshi Son “rejected a deal with T-Mobile four months ago that was better for him than the deal he is taking now,” said Jonathan Chaplin at New Street Research. “The market is assuming that things must be pretty bleak at Sprint for Masa to return to the negotiating table after a mere four months to take a lower offer.”

Sprint and T-Mobile had called off their last merger talks in November, partly because SoftBank did not want to cede control of Sprint.

This time, the companies touted tax reforms from the Trump administration, synergies at present value of $43 billion and plans to invest billions on developing 5G network. They are also promising job growth and lower costs for wireless customers.

Sprint asked T-Mobile to be paid a breakup fee should regulators block their deal, people familiar with the confidential negotiations said, a standard form of insurance for acquisition targets when it comes to mergers with high antitrust risk.

However, T-Mobile managed to avoid it, arguing the deal was already generous enough for Sprint and that the companies should demonstrate confidence in the deal’s regulatory prospects by having no such breakup fee, the sources said. With no appetite to terminate deal negotiations for the third time in four years, Sprint accepted, the sources said.

“The lack of a break-up fee suggests that both companies are willing to ‘give it a try’ from a regulatory point of view given the very significant synergies opportunities,” Morgan Stanley analyst Simon Flannery said.

Under their contract, T-Mobile is still liable to pay Sprint a $600 million fee if it walks away from the deal despite it having been cleared by regulators and met other requirements to close, a regulatory filing showed on Monday.

The Federal Communications Commission must review whether the transaction is in the “public interest.” A spokeswoman for FCC Chairman Ajit Pai declined comment.

The companies are expected to hold meetings with FCC commissioners in the coming weeks about the deal. Company officials told the FCC they expect to file a formal application with the commission by the end of May.

In September, the FCC approved a report that found, for the first time since 2009, there is “effective competition” in the wireless market, a finding that could help Sprint and T-Mobile make the case for the merger.

A decade ago, there were seven major US wireless carriers and today the largest four carriers - led by Verizon Communications Inc and AT&T Inc - control 98.8 percent of the US market, the FCC said.

In case the deal falls through, Sprint, with long-term debt of more than $32 billion, will be under much more fundamental stress than T-Mobile, analysts said.

However, brokerage Oppenheimer expects 80-percent approval probability, but with conditions.

Another analyst with CFRA Research said there was a 50-percent chance of regulatory approval.