BUSINESS Remember virtual reality? Its buzz has faded at CES 2019

Remember virtual reality? Its buzz has faded at CES 2019

Just a few years ago, virtual reality was poised to take over the world. After decades of near misses, the revolution finally seemed imminent, with slick consumer headsets about to hit the market and industries from gaming and entertainment to social media ready to hop on the bandwagon. 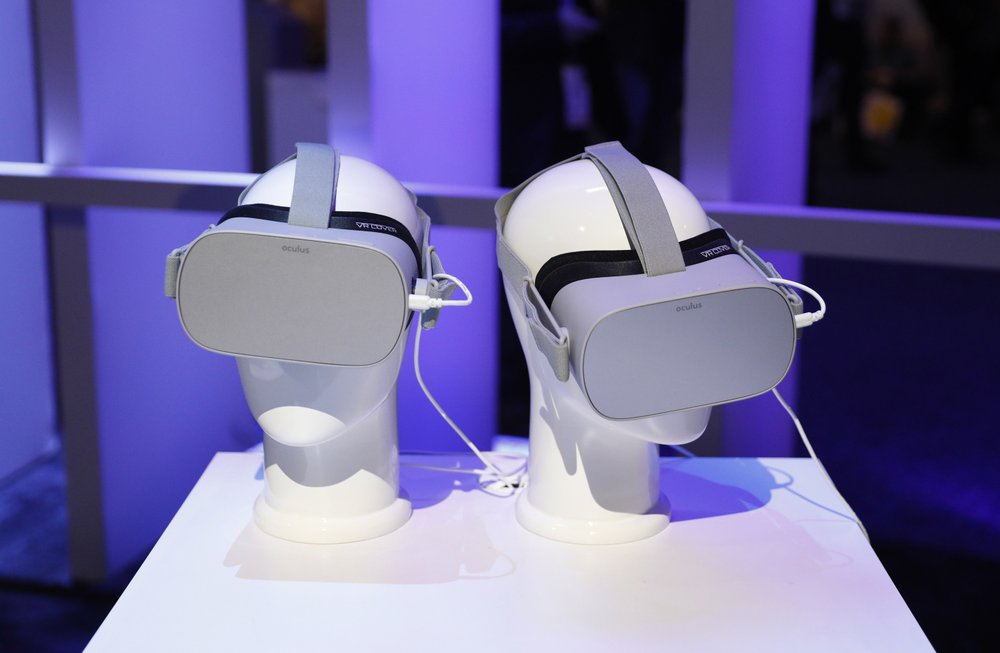 But the buzz over VR has faded to a whisper. At the CES 2019 tech show in Las Vegas, Facebook’s Oculus unit isn’t holding any glitzy press events, just closed-door demos for its upcoming Oculus Quest, a $399 untethered headset due out in the spring. Other VR companies are similarly subdued. HTC announced two new headsets — one with only sketchy details — while Sony has some kiosks for its $300 PlayStation VR set in the main hall.

It’s a world away from the scene a few years ago, when VR products from Samsung, Oculus, HTC and Sony seemed omnipresent and unstoppable at CES. These days, VR is mostly a niche product for gaming and business training, held back by expensive, clunky headsets, a paucity of interesting software and other technological shortcomings.

“VR hasn’t escaped the early adopter, gamer-oriented segment,” said Forrester analyst J.P. Gownder — himself an early adopter who chafed in 2016 at delays in shipping Facebook’s then-groundbreaking Oculus Rift system. Gownder said many existing VR setups are still too hard to use; even simpler mobile systems like Samsung’s Gear VR, he said, don’t offer “a clear reason for the average non-gamer to get involved.”

VR proponents are still dreaming big, although the challenges remain formidable. Shipments of VR headsets rose 8 percent in the third quarter compared to the previous year, to 1.9 million units, according to data research firm International Data Corp. — an uptick that followed four consecutive quarters of decline. Nearly a quarter of a million units of Facebook’s Oculus Go and Xiaomi’s Mi VR — the same stand-alone VR headset, sold under different names in different markets — shipped worldwide in the quarter, IDC said.

Those still aren’t huge numbers for a technology that seemed to hold such promise in 2012 when early demonstrations of the Oculus Rift wowed audiences — so much that Facebook acquired Oculus for $2 billion two years later. Despite large sums ploughed into the field by Facebook, Sony, Samsung, Microsoft and Google, VR hasn’t yet made much of a dent in the real world.

Some of the biggest consumer complaints involve expense, laggy or glitchy graphics and the fact that many systems still tether the headsets to gaming consoles or PCs. “Technology is still what’s holding VR back,” said eMarketer analyst Victoria Petrock. Upcoming stand-alone headsets like the Oculus Quest could solve some of those problems.

More alarming, though, VR still suffers from a lack of hit software. Many major game publishers have largely avoided the field so far, and venture funding for VR software development has nosedived this year.

SuperData, a digital games and VR market research company owned by Nielsen Holdings, estimates that consumer VR software investments dropped by a stunning 59 percent in 2018, to $173 million from $420 million the year before.

Software makers are retrenching. IMAX said in late December it was shutting down its VR unit. Jaunt, a startup focused on cinematic VR and once backed by Disney, restructured this year. Its new focus? VR’s cousin technology, “augmented reality,” which paints consumer-simulated objects into the real world, a la the cartoony monsters of “Pokemon Go.”

A few games have been modest hits. “Beat Saber” a VR game in which players move a lightsaber to music, sold over 100,000 copies in its first month and became the seventh highest-rated game on Steam, according to Forbes. But such titles are few and far between.

There’s one other problem: VR isn’t very social, Petrock said. There’s no easy way to share the experience with others on social media or within the games themselves, making a VR experience less likely to go viral the way, say, “Fortnite” has. “You have your headset strapped on and you’re in a virtual world but it is solitary,” she said.

VR “is still is the next big thing, but anything good takes time and effort,” said Gartner analyst Tuong Nguyen. “The industry as a whole did overhype it.”

He compares the current VR industry to the TV industry when HDTV first came out. People bought new high-definition sets but were disappointed when there wasn’t anything to watch in the new format. For VR, “the kind of breadth and depth of content isn’t all quite there,” he said.