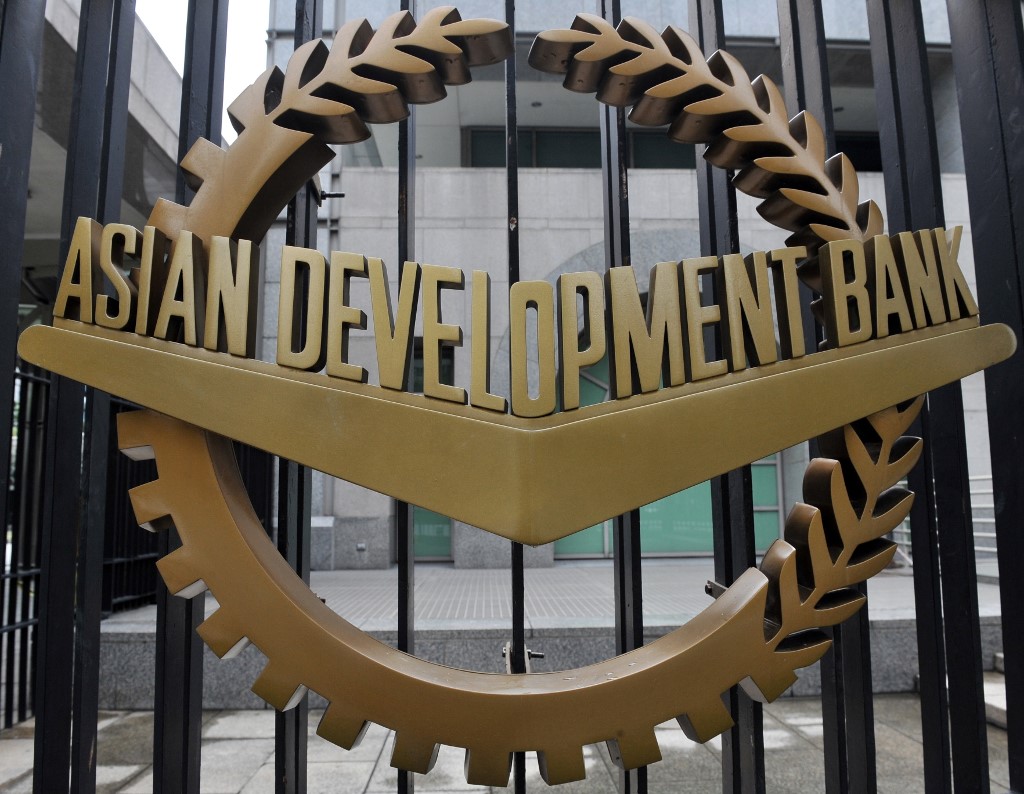 A picture shows the logo of the Asian Development Bank (ADB) displayed outside its headquarters in Manila. (Photo: AFP)

Improved economic and job market conditions in the U.S., a rebound in outward remittances from the Middle East, and the economic recovery of Russia boosted remittances to the region, said the report.

Higher oil prices and a strengthening of the Russian ruble also appear to have contributed, according to the report.

Except for Central Asia, the report said all Asian subregions saw a pickup in remittance inflows.

It said that India, China and the Philippines were the top three remittance recipients, accounting for 59.5 percent of remittances to Asia and 26.3 percent of global inflows.

Indeed, the report said "remittances are a key, stable source of income for many countries in developing Asia."

On average, remittance inflows were 10 times the level of official development assistance (ODA) since 2012 and are significant contributors to national output.

As immediate financial flows, the report said remittances help ease the conditions of the poor, particularly in recipient countries with high rates of poverty.

"Remittances remain a vital and relatively stable source of foreign exchange income for many countries in developing Asia, especially the ADB's Pacific developing member countries and Central Asian countries -- remittances continued to be significant in per capita terms (1,776 U.S. dollars for Tonga and 793 U.S. dollars for Samoa) and as a proportion of gross domestic product (38 percent for Tonga and 33 percent for the Kyrgyz Republic)," the report said.

The new report reviewed economic cooperation and integration in Asia and the Pacific and looked at how technology could boost productivity in aging economies. It also examined trade and global value chains, cross-border investment, financial integration, the movement of people, and subregional cooperation.

The Manila-based ADB is committed to achieving a prosperous, inclusive, resilient, and sustainable Asia and the Pacific, while sustaining its efforts to eradicate extreme poverty.