BUSINESS Renault enters esports with an eye on virtual F1

Renault enters esports with an eye on virtual F1 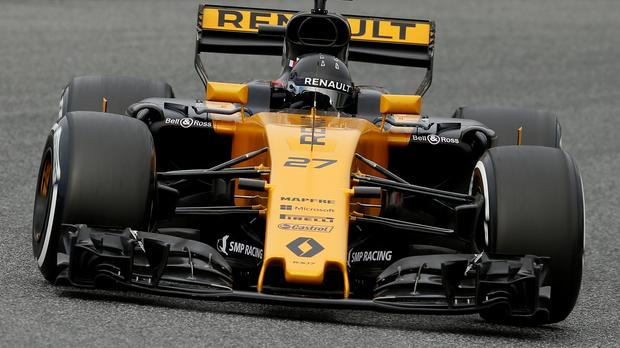 Renault announced its entry into the world of esports on Monday and said it was also targeting the virtual Formula One championship.

The French car manufacturer, which has its own F1 team that last won titles in 2006, said it had joined forces with France’s Team Vitality to compete in a program of motorsport-based competitions.

Renault Sport Team Vitality will participate in this year’s Rocket League Championship Series Europe, which has more than 25 million players.

“We are also in discussion with F1 to compete in the Formula One eSports Series,” Renault said in a statement.

It added that Renault Sport Racing would give the esports team’s players access to its Formula One factory at Enstone, in central England, to train with racing drivers and technical staff.

Formula One held its first eSports series finals in Abu Dhabi at the end of the 2017 season, with the title won by 18-year-old British kitchen manager Brendon Leigh after more than 63,000 contestants had entered worldwide.

Renault is the first Formula One team to have an official esports tie-up, although McLaren’s twice world champion Fernando Alonso set up his own outfit last November.

Darren Cox, the man behind that, told Reuters last December he could see the current Grand Prix teams racing each other in the virtual world as well as the real one this year.

”If you look at what the NBA (basketball) has done...they engaged the teams right at the beginning. So 17 of the NBA teams have got franchises for the virtual side of the sport and there’s a draft like in the real world.

“So expect something like that to come out of (Formula One owners) Liberty,” added Cox. “It’s happening now. Those conversations are being had.”

Renault F1 Managing Director Cyril Abiteboul said the ties between motorsport and gaming were obvious, with both demanding mental strength and physical fitness in a competitive environment.

“Last year’s exciting launch by FOM (Formula One Mnagement) of the Formula One eSports Series has accelerated the convergence of these two worlds and created opportunities for collaboration,” added the Frenchman.

“Our drivers, and especially those who form part of the Renault Sport Academy program, and Vitality’s own champions will be able to trade best practices.”