Renault said Friday it will cut nearly 15,000 jobs, including 4,600 at its core French operations, as it tries to regain its footing in the wake of plummeting car sales and the shift to electric vehicles. 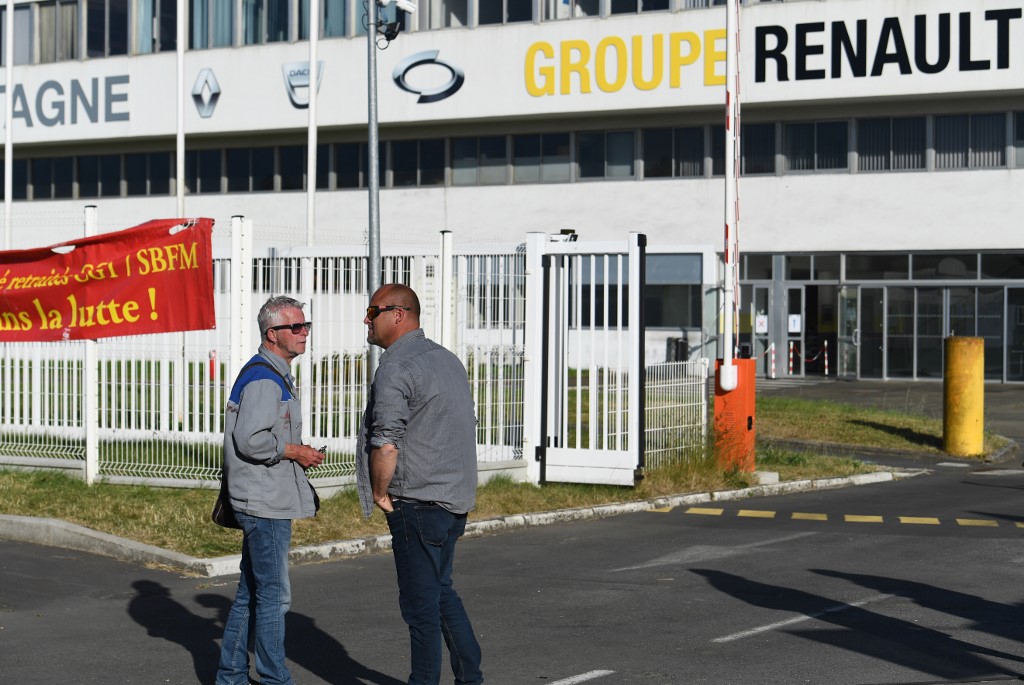 Demonstrators stand in front of the entrance of the "Fonderie de Bretagne" foundry, a subsidiary of Groupe Renault, on May 28, 2020 in Caudan, western France. (Photo: AFP)

"In a context of uncertainty and complexity, this project is vital to guarantee a solid and sustainable performance," interim CEO Clotilde Delbos said in a statement.

The cost-cutting plan, which was unveiled to labour representatives Thursday, aims to reduce overheads by two billion euros ($2.2 billion) over the next three years.

Four production sites in France could be closed or restructured, the automaker said, and its hulking factory at Flins northwest of Paris will stop making the Zoe electric hatchback from 2024.

An additional 10,000 jobs will be cut outside France, with expansion plans now halted in Morocco and Romania, and under review in Russia.

Overall, Renault's production capacity will shrink to 3.3 million vehicles over the next four years, from four million currently.

"We want to generate economies of scale to restore our overall profitability and ensure our development in France and internationally," Delbos said.

Renault has been rocked by turbulence since the shock arrest of ex-chief Carlos Ghosn in 2018, which exposed deep rifts in its alliance with Japanese partners Nissan and Mitsubishi.

After Ghosn's ouster, his successor Thierry Bollore was forced out in turn a few months later, as former Michelin chief Jean-Dominique Senard was brought in to chart a new course for the carmaker and repair the fractured alliance.

"The planned changes are fundamental to ensure the sustainability of the company," Senard said in a statement Friday.

The company has hired former Volkswagen executive Luca de Meo to take over as CEO, but he cannot begin working until July because of a non-compete clause.

It is now negotiating the terms of a five-billion-euro rescue loan from the French state, which owns a 15 percent stake in the automaker.