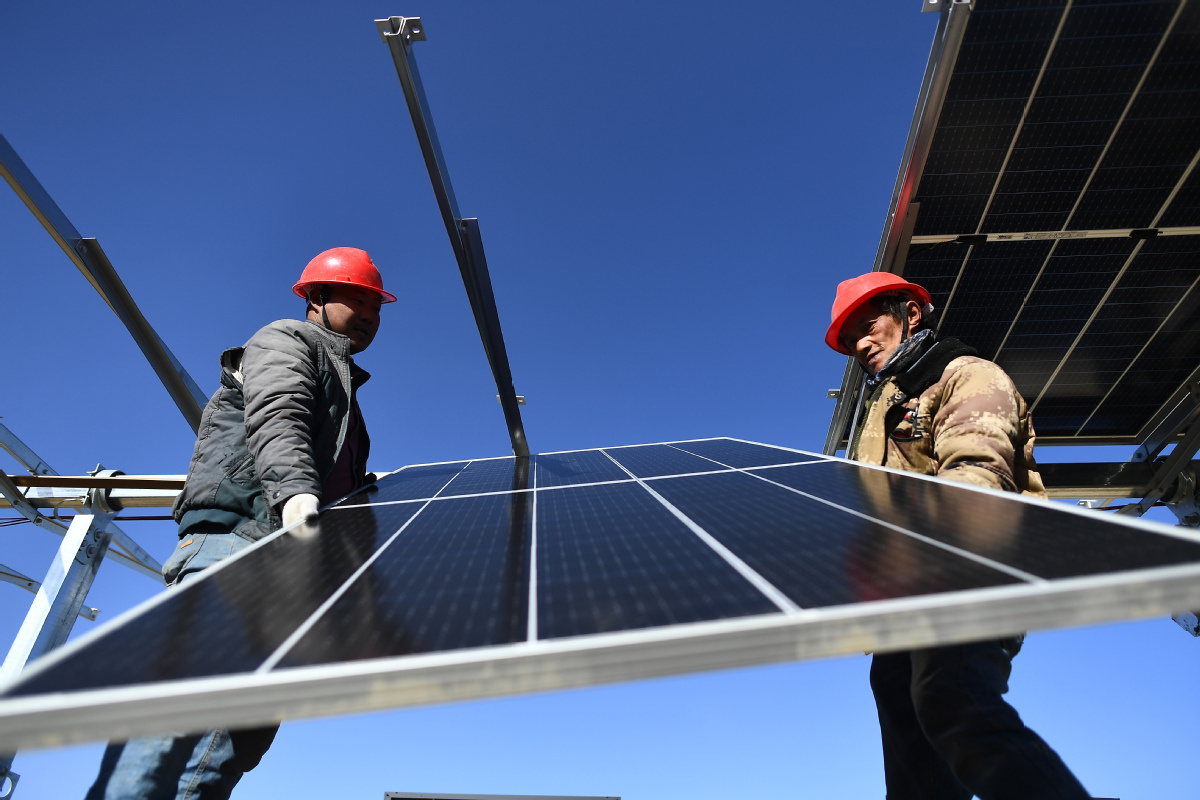 China's energy mix has improved over the past five years with the ratio of fossil fuel use gradually decreasing, moving the country toward a clean low-carbon energy structure, with the trend expected to continue, insiders said.

China has long been the world's biggest investor in renewable energy, with installed capacity and power generation for renewable energy ranking tops globally as it has been optimizing energy systems, promoting consumption reforms and building a lean, decarbonized and efficient modern energy system.

"The original intention back in 2014 was for wind and solar capacity to reach 200 gigawatts and 100 gigawatts, respectively, during the 13th Five-Year Plan period (2016-20).What's more important is to look at the overall strategy to sharply raise non-fossil fuel generation over the next decade and how the massive addition of variable renewable energy will be managed from a power system perspective," he added.

Managing the massive new amounts of variable renewable energy is highly complex and involves the help of a great variety of new technologies, such as current and future battery technologies, he said.

According to the 13th Renewable Energy Development Five-Year Plan adopted by the NEA in December 2016, China will increase the ratio of non-fossil energy in total primary energy consumption to 15 percent by 2020 and to 20 percent by 2030, while increasing installed renewable power capacity to 680 GW by 2020, with installed wind capacity rising to 210 GW.

Many energy companies also prioritize clean energy, including State Power Investment Corp, one of China's top five power generators. The company aims to raise its installed power capacity to more than 220 gigawatts by 2025 with over 60 percent being clean energy.

Han Wenke, former director of the Energy Research Institute at the National Development and Reform Commission, said China's energy structure has been substantially improved over the past five years, while green production and efficient use of coal will further facilitate the country's industrial upgrade for overall green economic growth.