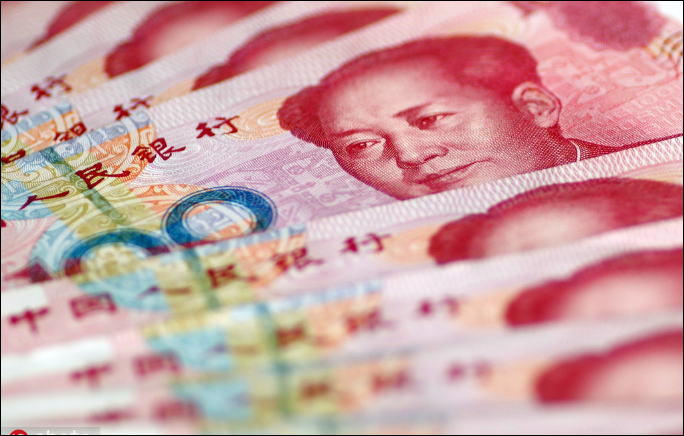 Interest rates in China's bond and loan markets will tend to the downside in the second half of the year, while the renminbi exchange rate is set to increase modestly over the same period, according to an article published in the 21st Century Business Herald on Friday.

The article, written by Zhou Kunping and Tang Jianwei, analysts with the Bank of Communications, projected this year's annual growth rate will fall between 6.2 and 6.4 percent, saying it is still necessary to adopt counter-cyclical adjustments, as well as maintaining stable monetary policy stable.

Targeted adjustments will be used to solve financing difficulties and high costs for medium- and small-sized enterprises, they said, predicting there will probably be one or two targeted cuts in reserve requirement ratio within the year.

Given the necessity for the central bank to be loose with counter-cyclical adjustments, they estimated yields on the 10-year treasury will drop between 2.9 and 3.1 percent.

The effect of active fiscal policies and relevant monetary policies will reflect on the corporate bond market in the last six months of 2019, they said, forecasting the credit spread of the bonds may be negligibly narrowed in the same period.

Loan rates will continue to go down. The writers predicted the weighted average interest rate of general loans for non-financial enterprises and other departments may come in at 5.2-5.4 percent by the end of year, with that of individual housing loans standing at 5.1-5.3 percent.

The renminbi is expected to appreciate slightly against the US dollar in the short run, whereas the likelihood for the renminbi versus the greenback to break the level of seven will significantly fall during the second half of the year, the writers said.