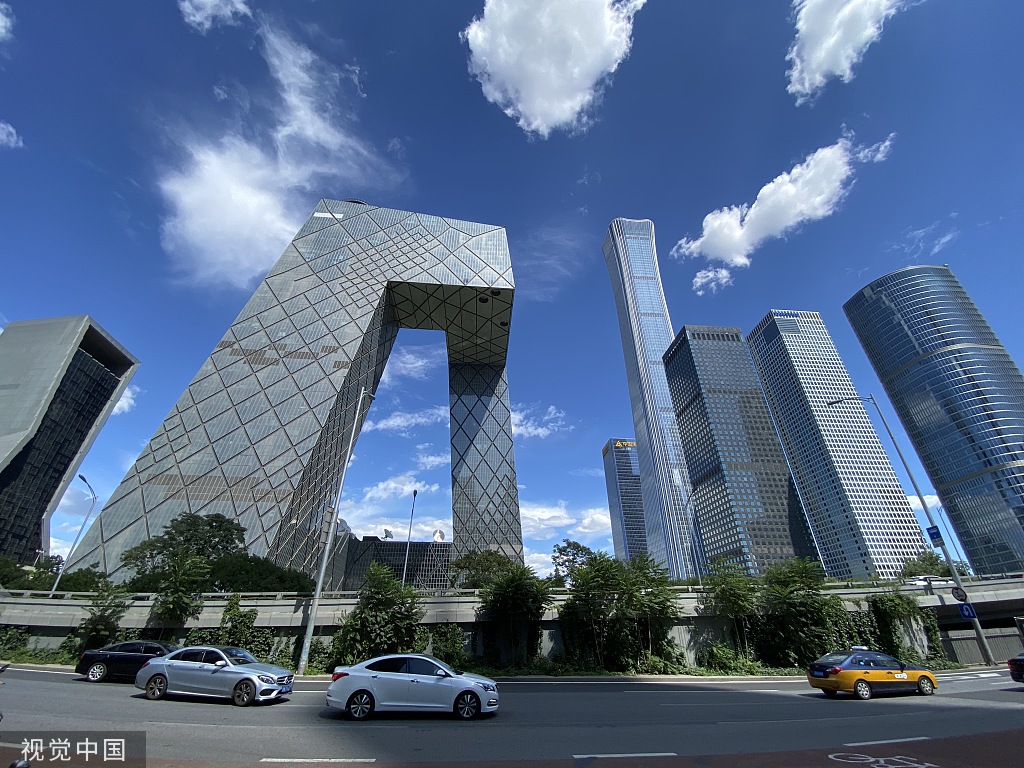 The view of Beijing's CBD area in Chaoyang. (Photo: VCG)

Beijing has become China's first mega city whose sustainable development achieved growth with fewer resources over the past five years, Beijing's Party Secretary Cai Qi said in a report at the opening ceremony of the ongoing 13th Communist Party of China Beijing Congress on Monday.

The permanent resident population in six major urban districts of Beijing has declined by 15 percent from 2014. Meanwhile, the city has strictly controlled the total land available for construction by cutting 110 square kilometers in the past five years.

Beijing has become greener in recent years, Cai said, as the government has been making efforts to increase "pocket forests" in streets and alleys.

In the future, Beijing will gradually increase its green space, aiming to raise forest coverage to 45 percent, the report said.