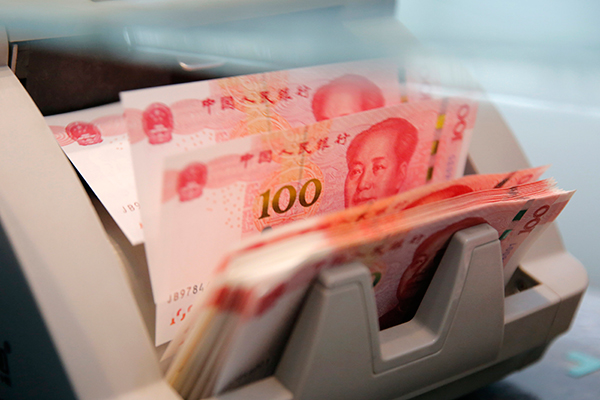 Chinese 100 yuan banknotes are seen in a counting machine at a bank in Beijing. (P(hoto: China Daily/Agencies)

This means China can extend bond issuance, or undertake 14 percent of tax and fee cuts.

The debt balance stood at 18.39 trillion yuan at the end of last year, well below the official ceiling of 21 trillion yuan, and accounting for 109 percent of total fiscal revenue of local governments.

In 2018 local authorities raised a total of 4.17 trillion yuan through bond issuance, down from 4.36 trillion yuan in 2017, according to the Ministry of Finance. The local debt ratio was 76.6 percent last year, significantly lower than the international warning line of 100-120 percent.