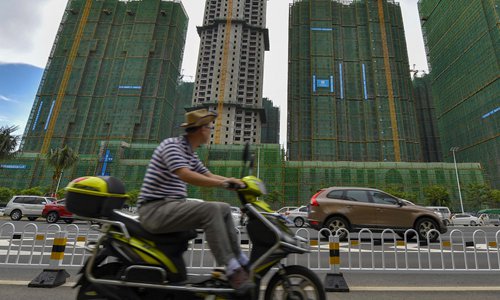 China should unleash the power of reforms to offset the negative effects brought by the US-initiated trade war, leading Chinese economists and analysts said on Sunday, days before the leaders of the two countries are scheduled to meet at the G20summit in Japan in the hope of breaking the impasse that has beset the world's two largest economies.

Economists at the Institute for China's Economic Practice and Thinking at Tsinghua University issued a report on the Chinese economy on Sunday, predicting the economy will stabilize and grow by 6.3 percent this year, meeting the Chinese government's target of between 6 and 6.5 percent announced in March.

The findings coincided with a separate report released by the Renmin University of China (RUC) on Saturday showing the resilience of the Chinese economy even in the face of external shocks. The report predicts growth will be on track to meet 6.1 percent annual growth during the first half of the year.

The RUC report noted that net exports, a key driver for GDP growth, reversed from negative growth recorded in 2018 and contributed 1.46 percentage points of economic growth during the first quarter of 2019.

The figure showed that the Chinese government has successfully managed to stabilize exports and foreign investment amid the unfavorable trade environment and downward pressure of the global economy. It also showed the resilience of the Chinese economy to all sorts of uncertainties, the report said.

"While China is facing pressure, it has manifested a certain degree of resilience. The current economic performance showed that the Chinese government has made some timely adjustments and the nation has strong mobilization ability," said Wan Zhe, chief economist with the International Cooperation Center of China's National Development and Reform Commission.

A trade war is against globalization and good for no one, Wan noted.

Li Daokui, dean of the Institute for China's Economic Practice and Thinking of Tsinghua University, pointed out that while the global trade and investment environment has not taken a toll on the Chinese economy in a direct way, the uncertainties have affected confidence.

Signs of weak links can be spotted in investment and consumption. And drops in real estate land sales in smaller Chinese cities and car sales are worrying, said experts.

Car sales, which accounted for about 10 percent of overall retail sales of consumer goods, saw significant pressure. Passenger car sales dropped about 15 percent during the first five months of the year, while during the same period in 2018 there had been a 5 percent increase, said the Tsinghua's report.

Confidence matters, Guan Tao, a former senior official at the State Administration of Foreign Exchange, said at a seminar following the report's release.

Consumers and investors will decide how they read a slowing GDP growth in China - a norm for the years to come, said Guan.

Li pointed out that China has vast untapped potential from upgrading its existing industries by new technology innovation.

If China can upgrade 10 percent of its vast steelmaking capacity each year, through factory relocation and equipment upgrade, the required fixed-asset investment would contribute 0.35 percentage points of GDP growth, according to Li.

To achieve its potential the country must roll out effective reform measures, said Li, who is a former advisor to the World Bank and China's central bank.

A report in the People's Daily on Sunday pointed out the improving business environment, as well as the reduction of taxes and fees, have helped stabilize business confidence while innovation and upgrading have provided new impetus for the growth in investment in the manufacturing sector.

The figure grew at 2.7 percent year-on-year during the January-May period, 0.2 percentage points faster than what's recorded during the first four months.