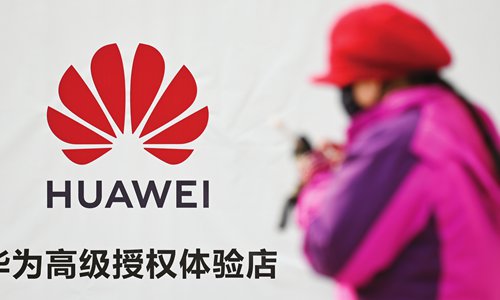 A woman uses her smartphone while walking past a sign outside a Huawei store in Beijing. (Photo: AFP)

As the trade war between China and the US continues to escalate, with the latter constantly raising the stakes and widening the battle, Chinese officials could be considering all options to strike back, including targeting big US corporations, analysts have suggested.While there is limited room for China to continue the tit-for-tat tariff war with the US due to a massive trade surplus, there are many US companies that rely heavily on the Chinese market, giving Chinese officials an option they have so far been reluctant to take but increasingly pushed to do so, they noted.Despite seemingly softer tones from some US officials, Washington continued to escalate the war, preparing for more tariffs on Chinese products and seeking to expand the war to more areas, as shown in its ban on Chinese tech firm Huawei.In Beijing, officials remain defiant and resolute in beating back US pressure, vowing to implement necessary measures to protect its national interest and its companies.Chinese officials have been tight-lipped about China's potential countermeasures. Analysts pointed out that China cannot keep up with the tariffs because of the trade surplus and might need to think of more effective tools. One option being considered is to target US corporations, sources familiar with the matter told the Global Times."Since the US not only waged a tariff war with China but also wants to restrict Chinese companies' growth potential and normal operations, China will take matching measures," a source said, saying that officials are considering all options.The source, who spoke on condition of anonymity, stressed that US companies doing business within Chinese law should not worry, "but if companies violate Chinese law or engage in other activities, then we will definitely take some action."While Chinese officials have been reluctant to take measures against US companies because it may not be in line with China's long-held reform and opening-up policy, the US has left China with no other option, particularly after it banned Huawei, citing unsubstantiated national security claims, analysts said."This is all on the US. [US officials] made the decision," said Mei Xinyu, a research fellow at the Chinese Academy of International Trade and Economic Cooperation, adding that "all options are on the table."Another source suggested that China should continue its reform and opening-up policies to offer foreign investors greater access to the Chinese market and protection. "But we can consider not letting US companies receive those benefits." Asked whether China will target US companies, Lu Kang, a spokesperson of the Chinese Foreign Ministry, said on Thursday that foreign companies should not worry as long as they abide by the law. "But there is something I must emphasize: Trade and investment must be based on equality, mutual benefit and mutual respect." Reliance on China US officials have cited China's massive trade surplus with the US as their advantage in the tariff war, but Chinese analysts said that US companies' reliance on the Chinese market is also an advantage for China.In 2018, China's trade surplus with the US reached $376 billion, but some analysts estimated that US companies made $380 billion in the Chinese market, compared with the $20 billion Chinese companies made in the US.Many major US corporations, including carmakers such as General Motors and chipmaker Skyworks Solutions, sell more products in the Chinese market than in their home market. Skyworks, for example, sold 85 percent of its total volume in the Chinese market in 2017, CNBC reported.Other US companies, including plane-maker Boeing and Apple, are also heavily dependent on the Chinese market. US tech giants such as Google and Amazon also have businesses in China.   "Before we considered these US companies as stabilizers in China-US relations, but that doesn't appear to be the case anymore. They made a lot of money in China, and then go back and complain to the US government about China," another source told the Global Times.US business executives are usually well-received in China, but many analysts now say that these big corporations might have been behind the push for the US to launch the trade war. Some US executives have indicated they are willing to take the hit from the tariffs, if the war results in "structural changes" in China. "There are some industries, such as agricultural and mechanical companies, like Boeing we can sanction to inflict pain on the US," Liang Haiming, dean of Hainan University's Belt and Road Research Institute, told the Global Times on Friday, who urged caution in taking such a broad plan.