WASHINGTON, Nov. 1 (Xinhua) -- US agricultural exports are expected to decline by 1.8 billion US dollars due to retaliatory tariffs from Canada and Mexico in response to the US decision to impose tariffs on steel and aluminum imports, and could suffer greater losses with broader retaliation from other trading partners, a new study has found. 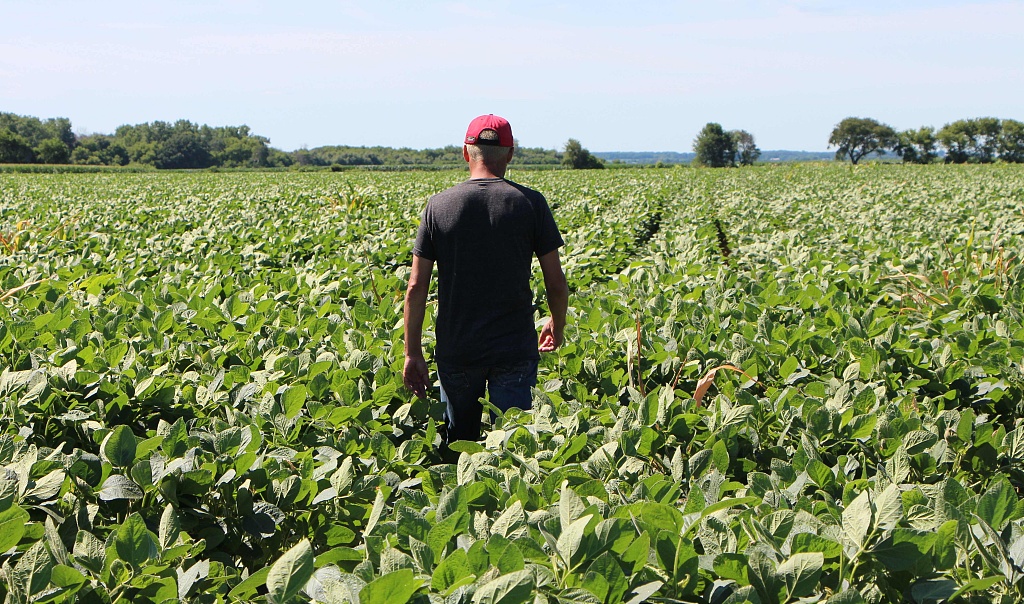 The study concluded that the United States-Mexico-Canada Agreement (USMCA) will modestly improve market access and lead to a US agricultural export bump of 450 million dollars, mostly in the dairy and poultry sectors. However, those gains will be "more than negated" by retaliatory measures from Canada and Mexico.

With continued retaliatory tariffs from US trading partners, the decline in US agricultural exports could reach 7.9 billion dollars, "thus overwhelming the small positive gains from the USMCA," the study said.

"We looked at all the retaliatory measures in the next situation, not just the ones that focused on Canadian and Mexican agriculture, but all of them around the world, for all products," said Dominique van der Mensbrugghe, one of the authors, when presenting the study. He pointed out that the US soybean market will be especially hit hard.

The USMCA, reached a month ago, is scheduled to be signed by the three countries before the end of November to replace the North American Free Trade Agreement (NAFTA) signed in the 1990s.

The study also considered the possibility that the USMCA is not ratified and the United States were to withdraw from NAFTA. In that case, the exports decline could be more than 9 billion dollars.