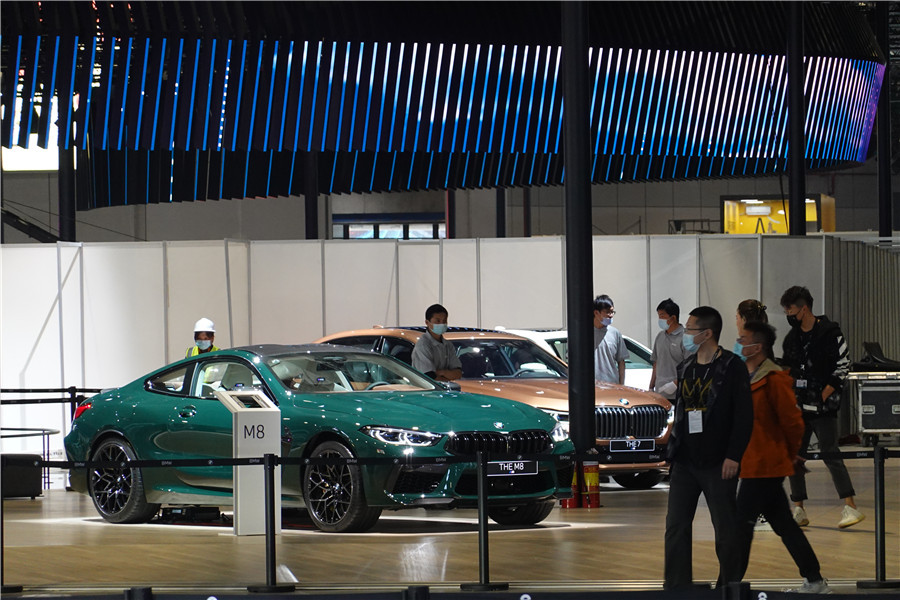 If a vehicle is exciting to drive, fuel efficient and has a good price but doesn't sell, it is probably because the color is wrong.

A recent report by Axalta, a United States' coatings supplier, shows that up to 41 percent of respondents said they would change manufacturers if a preferred color was not available.

In China, the figure was even higher at 64 percent. This is all according to the annual report, which is based on a survey of 4,000 respondents aged 25-60 in four vehicle-producing countries: China, Germany, the United States and Mexico.

China was followed by Mexico at 44 percent, the United States at 33 percent and Germany at 22 percent.

Even those who wouldn't leave for other brands admit that color is important. On average, 88 percent of the respondents called it a key factor.

Again, the figure was the highest in China, at 99 percent, followed by Mexico at 90 percent, Germany at 83 percent and the US at 79 percent.

The color of their vehicles matter so much to Chinese customers that 39 percent of the respondents would spend on average 20,000 yuan ($3,137) for a respray, according to the report.

"The psychology of color is a powerful influencing factor in automotive purchasing decisions. Color reflects the personality of the vehicle owner," said Nancy Lockhart, global color manager of mobility coatings at Axalta.

Although some colors are universally liked, there are differences in preferences from country to country, due to their historical and cultural backgrounds.

In China, for example, the top color choice is white at 29 percent, followed by black at 26 percent and silver at 11 percent. Bold colors, like blue, are seldom chosen.

In Germany, blue is the second-most popular color, at 16 percent, after black at 32 percent.

The survey also explored paint finish and paint-effect preferences. High-gloss finishes were preferred by all markets surveyed except for China, where results showed a near-even split between high-gloss and matte finishes.

Paint-effect preferences across the surveyed markets were not as similar as results for paint finish preferences.

Solid effects were the top choice of respondents in the US and China. German respondents chose pearlescent and Mexico chose coarse metallic and pearlescent as their preferred paint effects.

Axalta, which has published the annual color report for 68 years, said the changing dynamics in color preferences between countries and vehicle types are studied to best forecast for future models.

"The development of unique and new colors that meet the needs of our customers' brands and consumer preferences is a key factor in understanding market trends," said Lockhart.

"Reds and blues are clearly rising in preference. It's possible we'll see more colors on the road with brilliant effects in the not-too-distant future," Lockhart said.