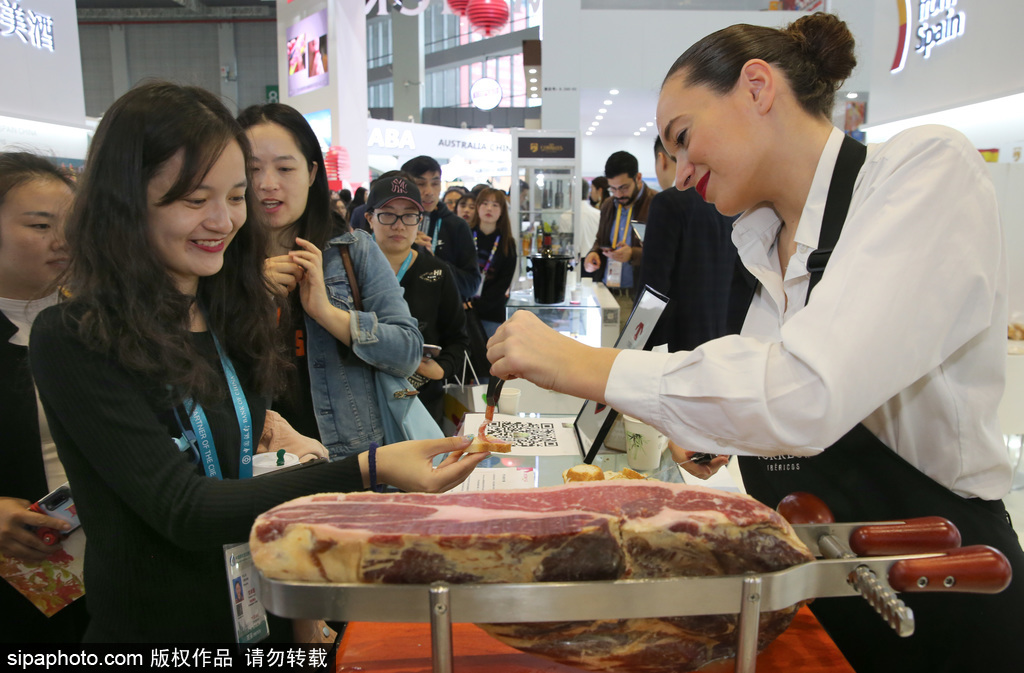 When I went traveling in Spain more than three years ago, every morning, the buffets of different hotels in different cities all offered various kinds of cured ham for breakfast. I loved the salty taste of cured ham, while some of my friends said they were not used to eating it everyday, especially for breakfast.

Back then, cured ham was a common food in Spain but an exotic and niche product in China. I couldn't imagine it would go on to become popular and widely recognized among Chinese meat lovers.

Well, 2019 marked the year of the pig according to the Chinese zodiac. Eating more pork, already a staple in China, has become something of a habit for consumers.

Production of pork peaked in Spain this year, partly driven by the significant demand from the China market. In the past five years, output grew by an annual rate of 20 percent, according to Spanish newspaper El Confidencial.

By the end of last year, Spanish cured ham makers received green signal to export more varieties of pork such as ham with bone to China, and thus further increased their exports to China.

Pork topped the list of Spain's agricultural export items to China. Spain has also become one of the largest sources of imported pork in China, according to the Ministry of Commerce.

African swine fever earlier had resulted in a shortage of at least 20 percent of China's total pork output this year, and China looks to further boost pork imports.

Despite being relatively new in China, cured ham products carry expensive price tags. For instance, a 70-gram cured ham pack sells for 389 yuan ($55.6) on Tmall, a major e-commerce platform from Alibaba Group. Yet, it has been quite well received among Chinese consumers with sophisticated tastes and willingness to try different foreign foods.

Spanish producers of cured ham attended the Shanghai import expo for two consecutive years now, which has helped them to expand sales channels, fueled by the strong consumption power of the Chinese people and their pursuit of high-quality and healthy lifestyle.

Cured ham appears on the menus of many high-end restaurants and Spanish restaurants in metropolises like Beijing and Shanghai. In addition, it can be seen on the shelves of supermarkets and major e-commerce platforms. I'd even say it has become as distinguished as other imported foods like varieties of cheese and wines.