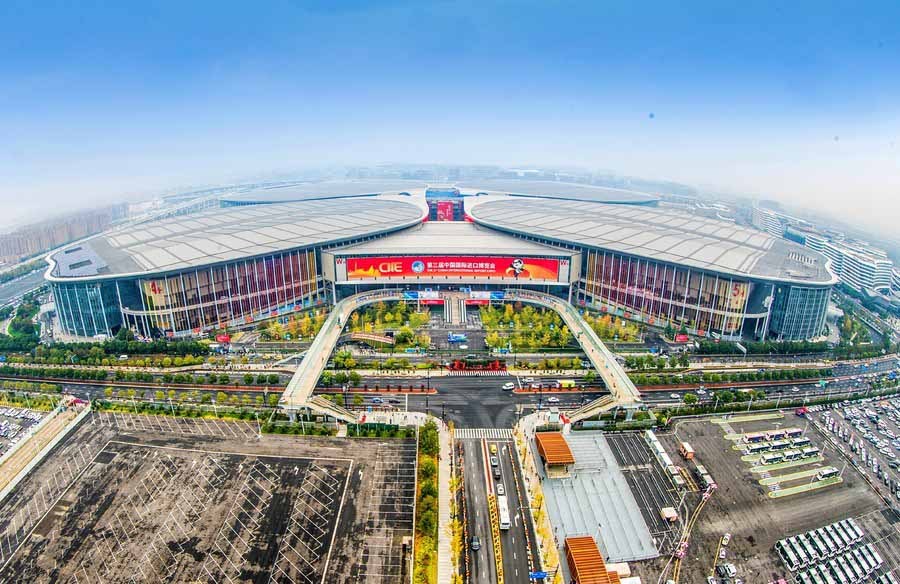 "China's total foreign trade and its share in the international trade market this year have both notched a historic high," the Ministry of Commerce said Saturday, projecting that the combined export and import value for 2020 will reach around 32 trillion yuan (about 4.9 trillion U.S. dollars).

"China's total foreign trade and its share in the international trade market this year have both notched a historic high," the Ministry of Commerce (MOC) said Saturday, projecting that the combined export and import value for 2020 will reach around 32 trillion yuan (about 4.9 trillion U.S. dollars).

Earlier in October, the World Trade Organization (WTO) predicted in its revised trade forecast that world merchandise trade is expected to fall by 9.2 percent in 2020.

The epidemic dealt a heavy blow to China's foreign trade. In the first two months of 2020, the total foreign trade in goods fell 9.6 percent year on year in yuan terms, with exports slumping 15.9 percent and imports down 2.4 percent, data from the General Administration of Customs (GAC) shows.

However, the declining trend was soon reversed amid the country's firm containment of COVID-19 in the following months, pointing to its strong resilience in the supply chain and manufacturing strength.

The sound recovery momentum was sustained. In the first 11 months, China's foreign trade in goods totaled 29.04 trillion yuan, up 1.8 percent year on year in yuan terms, accelerating from an increase of 1.1-percent in the first 10 months, the GAC data shows.

While the December statistics have not yet been unveiled, container throughput at major ports, a key barometer reflecting trade performance, continued to enjoy upward momentum.

From Dec. 11 to 20, container throughput at the eight key ports increased 9.8 percent year on year, following growth of 3.1-percent during the previous 10 days.

Specifically, the container throughput for foreign trade rose 11.9 percent from a year earlier, up 7 percentage points from the Dec. 1-10 period, the China Ports and Harbours Association said. 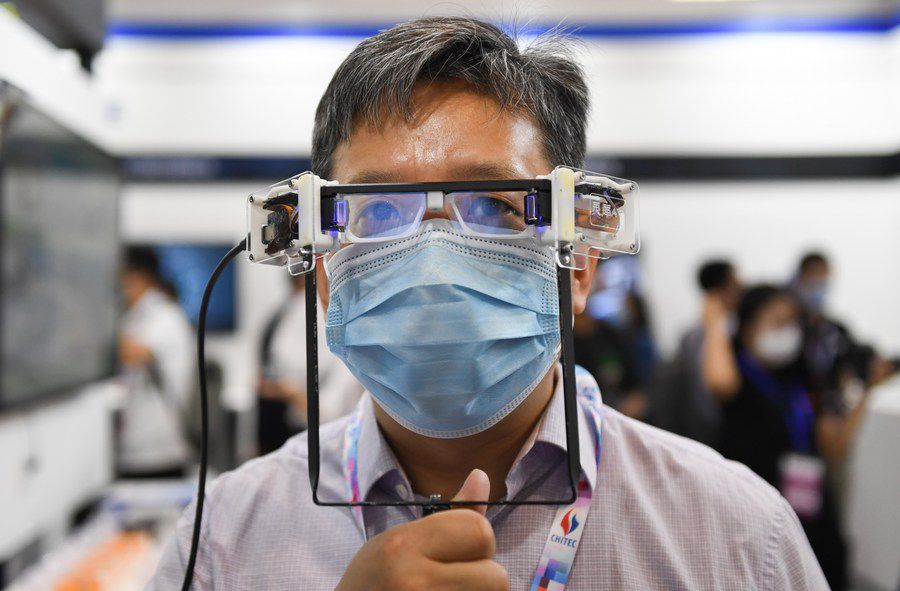 A man tries an optical display module of a pair of AR glasses at the 23rd China Beijing International High-tech Expo in Beijing, capital of China, Sept. 17, 2020. (Xinhua/Ju Huanzong)

Behind the solid recovery, China's shifting engines of economic growth were also in evidence.

Besides, Chinese exports have moved up the value chain, said Li Xingqian, an MOC official, noting that mechanical and electrical products reached 59.3 percent of the country's total exports in the first 11 months.

During the period, the exports of high-tech and high value-added products also logged robust growth, with the exports of integrated circuits, computers and medical devices rising 14.8 percent, 10.7 percent and 44.5 percent, respectively.

With the sector's recovery on solid ground, China has imported more from other countries, contributing to the recovery of international trade.

Although restrictions were in place due to virus containment, this year's China International Import Expo secured more business than the previous event, with deals for intended one-year purchases of goods and services totaling 72.62 billion U.S. dollars, up 2.1 percent from the last expo.

The share of China's imports in the international market went up 0.8 percentage points, adding vitality to the world economy and trade cooperation, according to Li.

China has now become the largest trading partner of more than 120 countries and regions. As it pursues a new development paradigm of "dual circulation," which allows the domestic and overseas markets to reinforce each other, the new paradigm will enable the country to fully unlock its market potential and create greater demand for other countries, experts said.

On Dec. 23, China announced that it would adjust import tariffs on a range of products starting Jan. 1, 2021. Provisional import tariffs that are lower than the most-favored-nation rates will be levied on 883 commodities, including some anti-cancer drugs and raw materials for infant formulas.

Further tariff reductions will be made under the free-trade agreements China has separately signed with countries as well as the Asia-Pacific Trade Agreement.