Chinese policymakers should watch out for rising inflation pressure amid the country's trade dispute with the US, experts said, as increasing home rental rates are suppressing people's willingness to spend money. 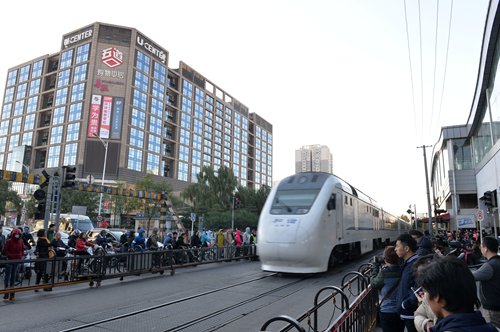 Statistics released by Qingdao-based real estate information website creprice.cn showed that almost all first-tier cities saw rent increases in July. Average rents in Beijing rose by 2.63 percent on a monthly basis in July to 92.33 yuan ($13.5) per month per square meter, while in Shanghai the rates increased by about 1.32 percent.

Not willing to spend

Tina Huang, a 27-year-old Shanghai resident, was recently told by her landlord that her monthly rent was going to increase by about 200 yuan. She did not consider it a dramatic rise, but still said it would block her desire to spend money on other things.

"I now spend about 3,000 yuan each month on rent [including utility expenses]. I don't spend much on luxury goods, so I can support myself with my salary," Huang told the Global Times on Wednesday.

But her consumption desire has been suppressed a little because of the rent, as well as the anticipation that it could rise further. "If I could spend less on rent, I would spend more on tourism, like taking more trips or choosing better flights and accommodation during each trip," she said.

A white-collar worker who did not wish to be named and is currently living in Beijing told the Global Times that currently her rent accounts for about 30-40 percent of her salary.

"I wouldn't indiscriminately buy things with such a high rent, as well as the rising commodity prices. If my rent was lower than 30 percent of my income, I could spend more on clothes and accessories," she said.

Such hopes seem to be slim, as her apartment's public rental price increased by 400 yuan in June compared with the end of 2017.

"They have a sense of uncertainty for the future, so they tend to control their consumption whether they have the money to spend or not," Chen told the Global Times on Wednesday, adding that the government could launch measures to crack down on excessive rent increases so as to boost consumption.

Ten housing agents recently released about 120,000 apartments into the Beijing rental market to ease the fluctuating rent situation, according to a report by Beijing Business Today on Monday. The Beijing News reported on Wednesday that after opening a tip-off hotline on Tuesday, Beijing housing authorities issued fines to 23 agencies for illegal activities including price gouging and coercing tenants.

Liu Dongliang, a senior analyst at China Merchants Bank, also said that the rising rents will push up inflation, as rents are part of the Consumer Price Index (CPI), a main gauge of inflation.

According to Liu, inflation will also be boosted by the rise in prices of imported goods as a result of the trade dispute between China and the US. There could also be a hike in pork prices because of the recent outbreak of swine fever in several domestic cities.

"I predict that the inflation pressure will increase in 2019, but it is hard to know by how much," Liu said.

He also noted that a rise in inflation will cause difficulties for low-income groups.

China's CPI rose to a four-month high of 2.1 percent year-on-year in July from 1.9 percent in June.