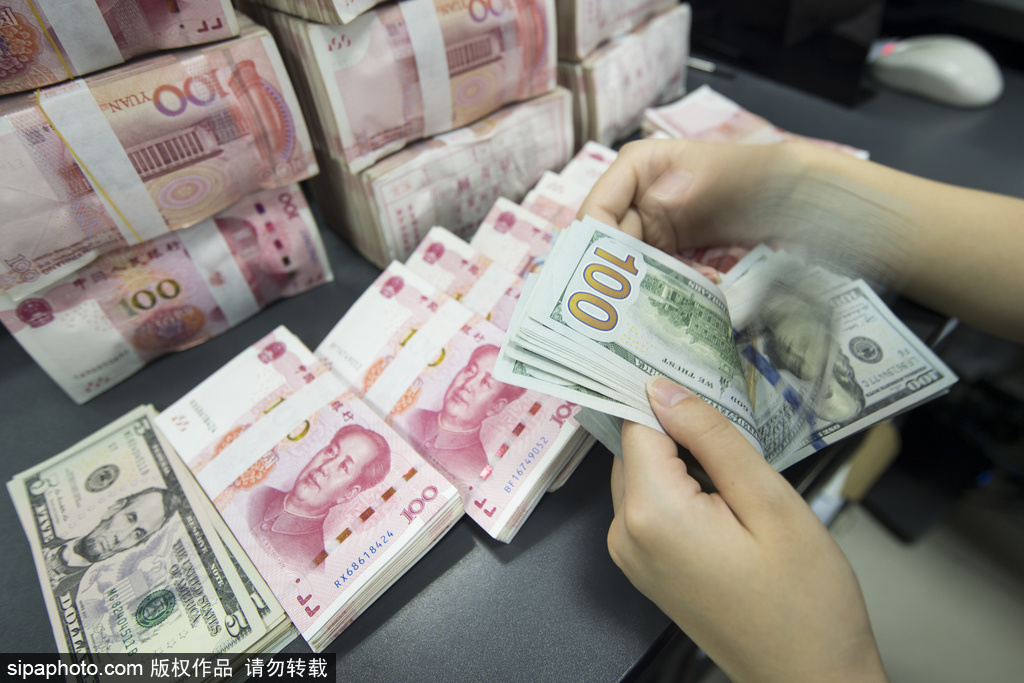 The renminbi strengthened against the US dollar to reach 6.3858 on Friday, a record high since May 2018, but experts said the Chinese currency's rapid appreciation may not last long as market forces will result in a two-way fluctuation of the exchange rate.

The latest signals from policymakers indicated that China will let the market demand and supply relationship determine the RMB's value, and appreciation is neither a tool to stimulate exports nor to offset the impact of rising commodity prices, they said after the currency soared to multiyear highs.

The RMB has gained more than 10 percent over the past year, buoyed by China's economic rebound from the COVID-19 pandemic and foreign capital flows into the country.

A meeting between the People's Bank of China, the nation's central bank, and participants in the foreign exchange market warned on Thursday that any one-way bet on the RMB should be avoided, and predictions on the exchange rate would mislead the market.

"China should stick to a managed floating exchange rate system based on market supply and demand and adjusted with reference to a basket of currencies in the long term," said a statement issued on the central bank's website after the meeting.

A great deal of market and policy factors will impact on the forex market in the future, and the RMB is likely to appreciate or depreciate. "No one can accurately predict the exchange rate," it said.

The main risk of such a stronger yuan is that it hurts exports, and therefore producers, in the same way as high commodity prices, during a period in which exports are still very important to China as Western countries are recovering from COVID-19 shocks, said Chris Turner, an economist with Dutch bank ING.

The central bank would not intervene as long as the RMB's exchange rate is consistent with economic fundamentals and one-way speculation remains contained, said Robin Xing, chief economist in China with Morgan Stanley.

Reflecting this, the so-called countercyclical factor in the daily fixing, a tool that the central bank uses to flatten foreign exchange market volatility, has been neutral during recent fluctuations in the onshore RMB exchange rate against the US dollar, Xing added.

Many analysts agreed that the RMB's value is primarily driven by economic fundamentals, in which China still faces many challenges over the medium to long term, implying that it is unlikely to see an outperforming currency.

Liu Guoqiang, vice-governor of the central bank, pledged in an interview last week that China will maintain the exchange rate of the RMB at basically stable levels.

"Two-way fluctuations", either appreciation or depreciation, will "become the norm in the future", with the exchange rate continuing to depend on market supply and demand as well as changes in global financial markets, said Liu.

The official statements suggested China's monetary authorities want to maintain a prudent policy, and see the forex policy as being in line with a broad policy framework, which includes economic growth, prices, jobs and financial stability, said economists at Commerzbank.

Discussions have been heated recently on whether a strengthened RMB, in terms of percentage gains against the dollar, will offset the increase in commodity import prices, following a senior central bank official's comments that RMB appreciation is a result of economic growth and the rising purchasing power of the currency, amid monetary easing policy in major economies.

"The impact should be minimal," said Turner, who added that the Chinese government needs multiple tools to limit the increase in production costs brought about by higher commodity prices, which is partly due to the expected infrastructure projects resulting from aggressive stimulus measure in the United States. "It is possible for the PBOC to let the yuan move by itself."