BUSINESS RMB remains one of the most stable currencies

RMB remains one of the most stable currencies

China said its deficit in foreign exchange settlements and sales by banks narrowed to $5.4 billion in August, down 12% month-on-month and 64% year-on-year, but that the supply and demand of its foreign exchange market remained balanced, according to a report released by China’s State Administration of Foreign Exchange on Thursday. 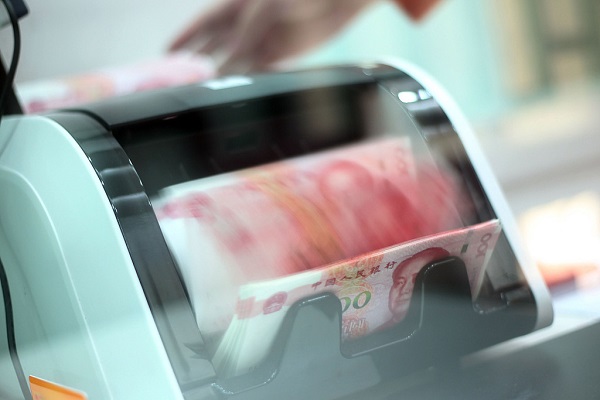 Both the onshore and offshore RMB fell past 7 against the US dollar on August 5, but this does not mean a depreciation against other currencies because the RMB does not focus on any single currency but a basket of currencies.

After analyzing the performance of the RMB's exchange rate for many years, it is not hard to conclude that the RMB is indeed one of the most stable currencies in the world.

In the past 15 years, rather than depreciating, the RMB was one of the world's biggest appreciating currencies.

Since the reform and opening up, China's foreign exchange reserves have increased steadily, exceeding $1 trillion at the end of 2006, ranking first in the world and beating Japan. At the end of 2018, China's foreign exchange reserves stood at $3.1 trillion, ranking first in the world for 13 consecutive years.

It shows that, since 1997, the RMB has appreciated against the US dollar on the whole, rising by more than 15%.

Lian ping, chief economist at the Bank of Communications, said the RMB is the strongest currency in the G20 economies in terms of exchange rate index, and one of the most appreciated currencies globally. From the perspective of the trend of RMB exchange rate in specific periods, during the Southeast Asia financial crisis and other global financial crises, the RMB was basically pegged to the US dollar. When the currencies of most emerging market countries were greatly devalued, the RMB exchange rate remained stable, which demonstrated the demeanor of a responsible big country and won the respect of the world.

So far this year, the RMB has maintained a stable position in the international monetary system. The RMB has strengthened against a basket of currencies, and the RMB exchange rate index has appreciated by 0.3 percent. From the start of 2019 to August 2, the central parity rate of the RMB depreciated 0.53 percent against the US dollar, less than the fall of the Korean Won, Argentine Peso, Turkish Lira and other emerging market currencies in the same period.

"The RMB is not merely a more stable currency among emerging market currencies, it also performs better than other reserve currencies such as the Euro and Sterling," Dong Ximiao, a senior researcher at the Chongyang Financial Research Institute at Renmin University of China.