The Chinese share of currency reserves rose to 2.01 percent in the third quarter of 2019, the highest since October 2016, data from the International Monetary Fund (IMF) shows. 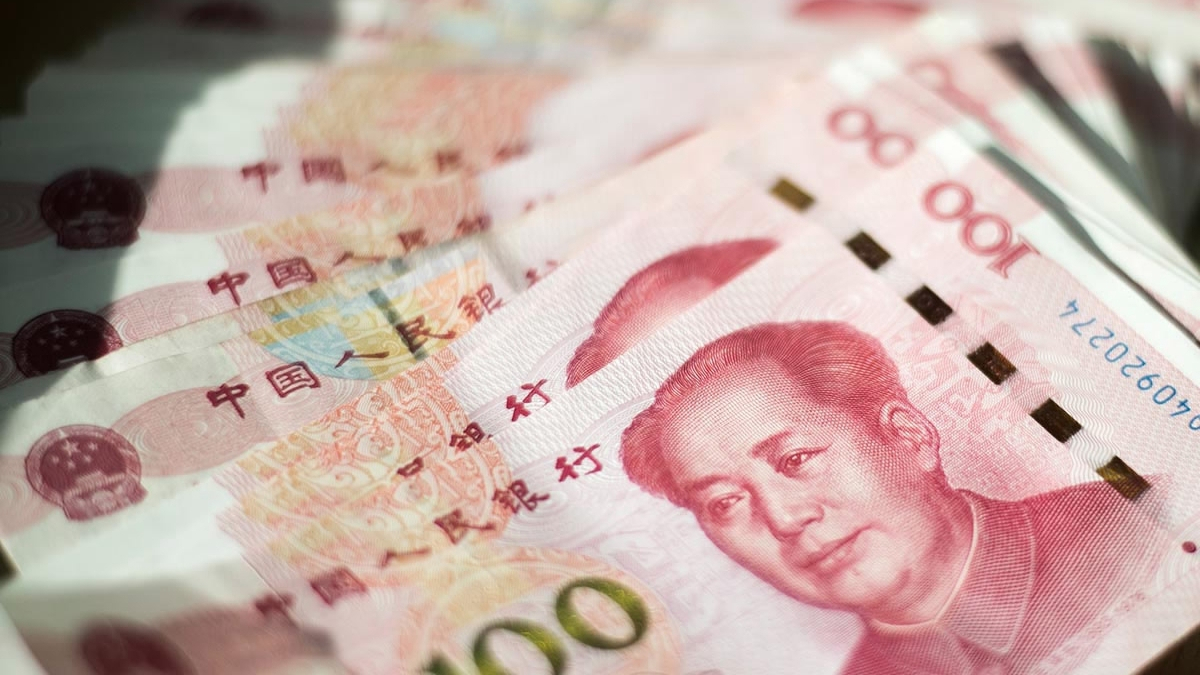 The Chinese renminbi's (RMB) share, which totaled 219.6 billion U.S. dollars, exceeded the global share of Swiss francs, Australian dollars and Canadian dollars, according to the IMF. In the previous quarter, the figure was 1.97 percent.

"The IMF's yuan reserves data is consistent with the yuan's international usage according to SWIFT data, which has been modestly rising since late 2017. Part of the reason is that foreign investors are more comfortable to hold the yuan assets after the 2015's yuan fixing reform, which made the currency more transparent, Jimmy Zhu, chief strategist at Fullerton Research, told CGTN.

"Besides that, reserves' managers have started purchasing Chinese government bonds into their portfolio holding since the yuan joined the SDR club in 2016, and many of them believe that the Chinese currency is more market-oriented than in the past," Zhu said. 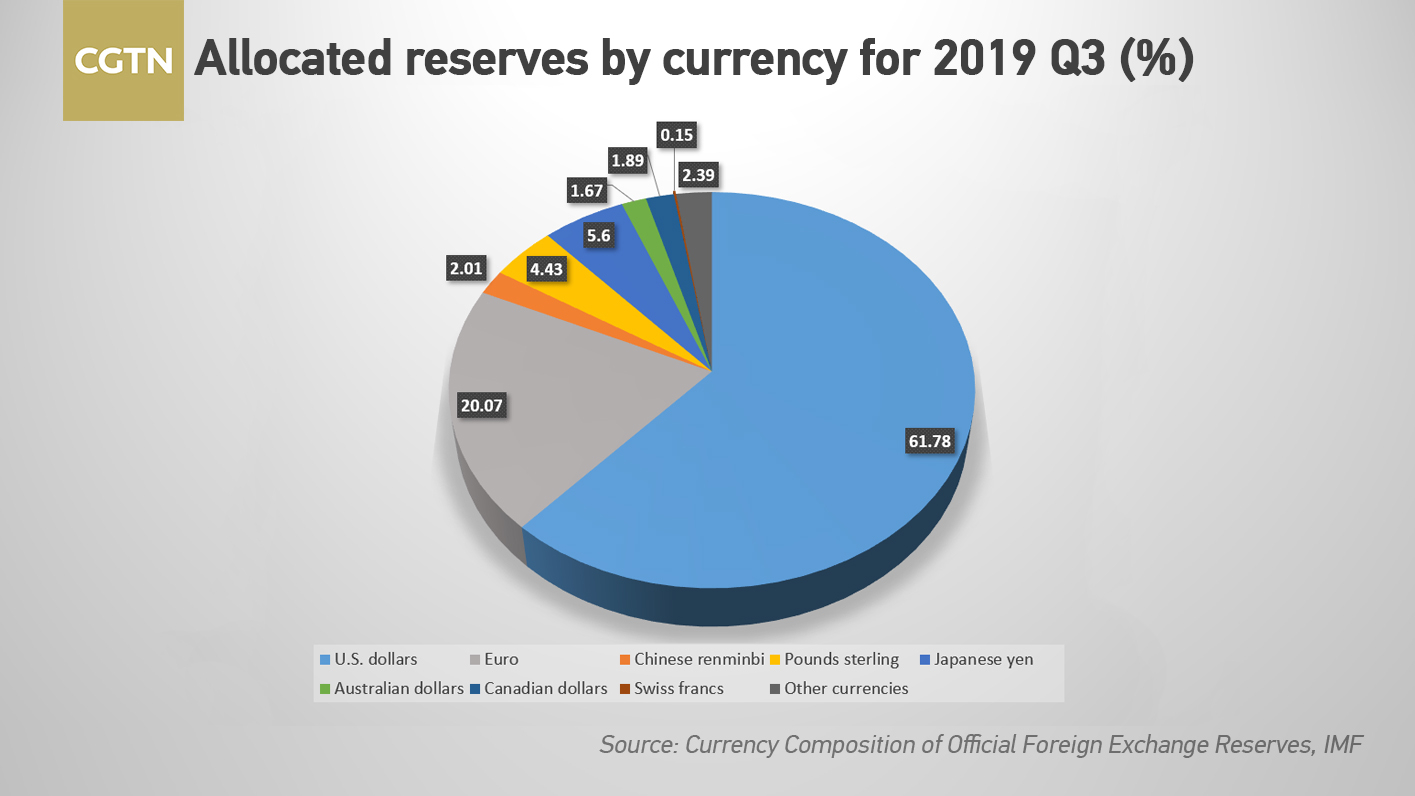 The U.S. dollar still has the largest share of global holdings, but central banks have been trying to diversify their reserve assets in recent years.

Reserves held in the U.S. dollar stood at 6.75 trillion U.S. dollars, accounting for 61.78 percent of allocated reserves in the third quarter, compared with 6.78 trillion, or 61.49 percent in the second quarter.

In addition, the yen's share rose to 5.60 percent in the third quarter to the largest share since 2000.