ADDIS ABABA, Feb. 14 (Xinhua) -- President of the African Development Bank (AfDB) Akinwumi Adesina on Thursday revealed that road connectivity among neighboring Ethiopia and Kenya has helped to elevate trade by 400 percent between the two countries. 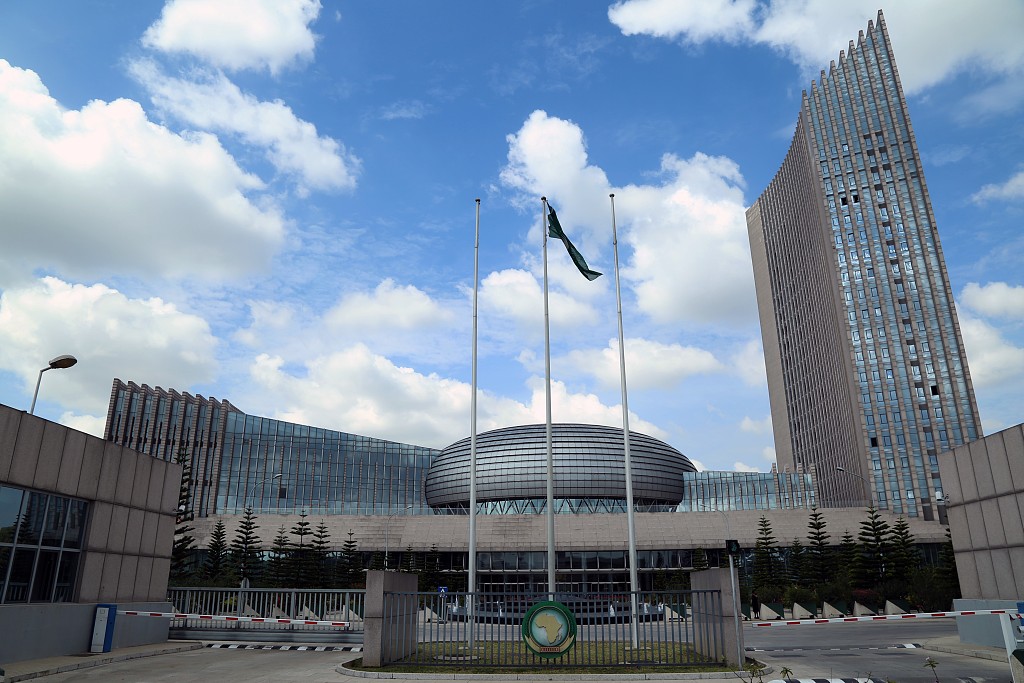 Adesina, who noted AfDB's financial support to Ethiopia's transport, energy as well as industrial parks development, said the road connecting Ethiopia to Kenya's port city Mombasa was funded by the Bank and has been vital in uplifting trade ties.

"That road alone has allowed trade between Ethiopia and Kenya to rise by 400 percent and that has also provided Ethiopia with an access to port," Adesina said while speaking to Ethiopia's state-run news agency.

The Ethiopia-Kenya road project linking the two East African countries, which has been operational since 2016, is considered as a major instrument for economic integration among the two countries as well as the African continent.

The corridor mainly consists of a 504-kilometre road linking the Kenyan towns of Merille and Turbi, through Marsabit, and an additional 391-kilometre stretch running through Ethiopia linking Hagere-Mariam, Yabelo and Mega.

The African Development Bank is a major partner of the Ethiopian government, financing the East African country's projects in hydro-power generation and power transmission lines.

"I have never seen any other African country investing more in infrastructure than this country," Adesina said, as he described Ethiopia's robust infrastructure development over the past years.

"This is the country that has experienced economic growth rate over 10 percent for over a decade," he added.

Despite recent reports against Ethiopia's debt utilization, AfDB's president stressed that "Ethiopia is using debt very well and the quality of debt is very well."

"We do not have any problem with that. What we have got to do is help Ethiopia to diversify its economy and add value to the things it is exporting," Adesina added.

According to Adesina, unlike Ethiopia's previous experience in which majority of development projects were undertaken by the government, recent decision to open up the economy would give a new imputes to the country's economic growth.

"With the bold move of opening up the economy for private sector, the economy will even grow faster with liberalization," he added.