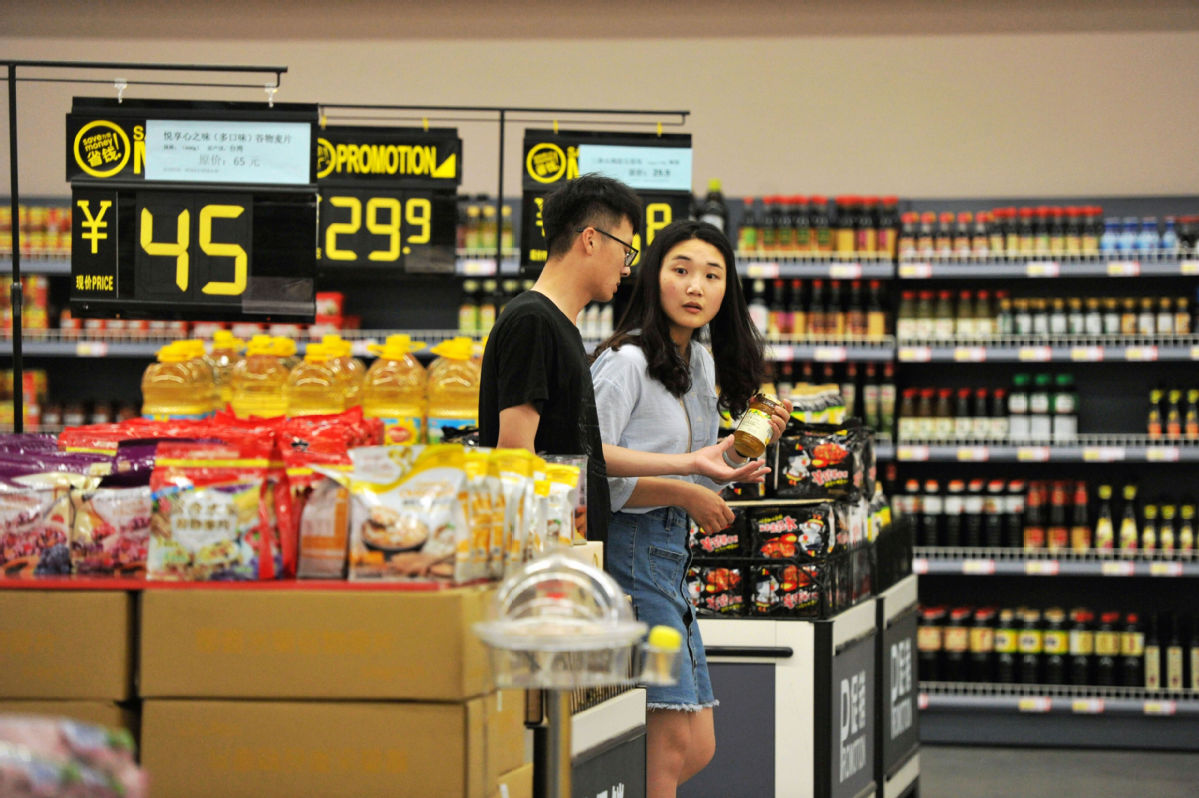 Expenditure on fast-moving consumer goods (FMCG) like shampoo to fabric softeners or pet food saw a steady growth of 5.7 percent in the third quarter of 2019, same as that of last year, according to the latest China Shopper Report jointly published by consultancy firms Bain & Co and Kantar Worldpanel.

During the first six months of this year, imports accounted for 18 percent of all FMCG sales and jumped 10 percent, almost doubling the pace of overall sector growth, the report said.

This was driven mostly by online channels, registering a 30 percent surge in sales during the first half of 2019 and accounting for 35 percent of all online sales in the country.

The pursuit for imported brands "is especially true for product categories where consumers perceive foreign goods as of higher quality than those produced domestically, such as fragrances, wine and milk powder", said Bruno Lannes, a partner from Bain and co-author of the report.

The report found that sales of nutritional supplements from South Korea increased 35 percent in the 12-month period ending in the second quarter of 2019, whereas the value of biscuits from Singapore surged by 22 percent during the same period.

"By concentrating on selling online, foreign FMCG companies have gained traction in China without the need to build a complex physical route to market model," said Jason Yu, managing director of Kantar Worldpanel Greater China, who is also a co-author of the report.

The momentum has also been fueled in part by the second China International Import Expo in Shanghai, where thousands of products made their debut in the Chinese market.

"For new product launches in China, we are moving from 'intuition-driven readiness' to the employment of data that depict the clear preferences of customers," said Charles Kao, president of cosmetics group Amorepacific's China unit, which saw nearly 30 percent of its revenue in China come from online channels.

In categories like toothpastes, imports have consistently outpaced category growth, sometimes by a wide margin. This indicates that imported goods have become a crucial impetus for premiumization and consumption upgrade, said Derek Deng, a partner of Bain and lead for the company's consumer products practice.

In terms of sector-breakdowns, personal care and home care categories recorded 11.8 percent growth in the third quarter, the strongest performance in three years, whereas food and beverage rose by only 2.3 percent year-on-year.

According to Deng, foreign companies need to "design, decide, deliver and digitize" their Chinese business in order to navigate the world's largest consumer market.