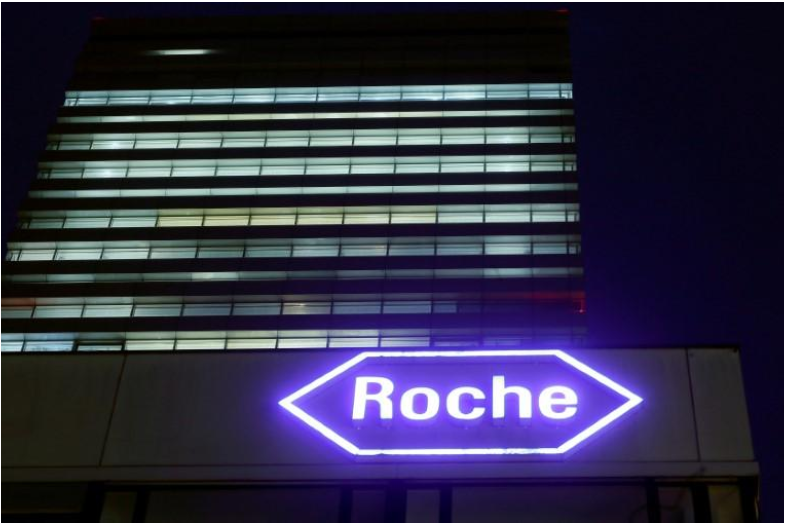 Roche shares were lifted on Monday by two trial wins for its new cancer and hemophilia drugs, potential blockbusters that the Swiss drug maker is counting on to offset shrinking revenue from older medicines.

Along with Roche’s multiple sclerosis medicine Ocrevus, the drugs are pillars of Chief Executive Severin Schwan’s plan to offset the patent expiry of top-sellers Rituxan, Avastin and Herceptin which account for $20 billion in annual sales.

Roche said Tecentriq had cut the risk of lung cancer worsening when mixed with other treatments, while hemophilia agent Hemlibra had reduced bleeds in a new group of patients. This weighed on other pharmaceutical stocks - Shire, a rival in the hemophilia market, fell 3 percent, while Merck & Co and Bristol-Myers Squibb, key competitors in cancer, fell 2.5 and 1.3 percent respectively.

Roche’s shares were up 6.5 percent at 1555 GMT, adding more than $12 billion to the company’s market capitalization.

“We view these results as likely sufficient to begin turning the tide of biosimilar pessimism,” Barclays analyst Emmanuel Papadakis, who has an “overweight” rating on the shares, said.

Biosimilars -- biological drugs with the same effectiveness as the older name-brand medicines they mimic -- are quickly winning approval and denting Roche’s revenue. Samsung Bioepis on Sunday won approval for a Herceptin copy in Europe.

With lung cancer easily the largest oncology market, Roche’s trial of Tecentriq, Avastin and chemotherapy has been closely watched as it seeks to catch rivals in cancer immunotherapy.

The mixture “provided a statistically significant and clinically meaningful reduction” in the risk of disease worsening or death compared to Avastin plus chemotherapy in first-line treatment of advanced non-squamous non-small cell lung cancer (NSCLC), Roche said.

Initial observations on improving overall survival were “encouraging” and will be reported in the first half of 2018, it added.

“We are extremely encouraged by these results and will submit these data to health authorities globally with the goal of bringing a potential new standard of care for the initial treatment of lung cancer,” Sandra Horning, Roche’s chief medical officer, said.

So far, Tecentriq’s sales - expected at around $500 million this year - pale compared to Keytruda from Merck and Opdivo from Bristol-Myers.

Keytruda, which has an edge in lung cancer after U.S. approval as a first-line treatment, should hit $3.7 billion in sales this year, analysts estimate, while Opdivo revenue is on track to rise nearly four-fold to $4.8 billion.

Monday’s readout from Roche, while giving only bare details, may help the Basel-based drug maker make up ground, since results from Merck’s and BMS’s own combination lung cancer trials are still some way off.