Rocky road ahead for troubled Ofo

Ofo Inc, one of China's largest bike-sharing platforms, is reportedly struggling financially amid rumors of bankruptcy or being forced to sell. 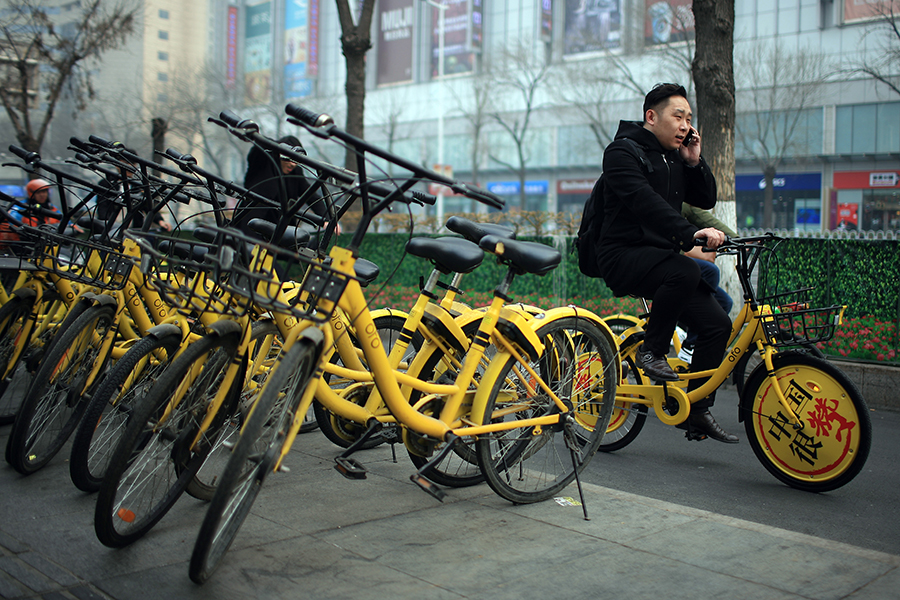 An Ofo customer rides a bike in Tianjin. (Photo: Chinadaily.com)

Dai Wei, founder and CEO of Ofo, said in an internal letter on Wednesday: "As winter comes, the storm will hit soon", calling on employees to remain loyal to the company.

"Ofo is pedaling a rocky road, and it will get more difficult in the coming days," said Raymond Wang, partner of Roland Berger China. "It invested heavily in rapid market expansion, leaving less money for refined management, and operation and maintenance."

The move came as the Beijing-based startup has recently faced accusations of stalling on deposit refunds and prompting users to convert the deposit into investment products at PPmoney, an online loan platform.

Ofo said due to the recent change of office address, some servers need to be migrated and this led to a temporary extension of the refunding period. It claimed the company would handle the requests for refunds in 15 days.

The bike-sharing craze has swept across major cities during the past two years, making pedal power cool again.

Fueled by several rounds of venture capital investment, bike-sharing firms have geared up on rapid market expansion at home and abroad with lossmaking low rental fees, making it even harder to drive a long-term sustainable future.

"China's bike-sharing bubble has been burst, and we'll see a wave of reshuffling and consolidations in the industry that took the nation by storm during the past two years," Wang noted.

He cited Garnter's Hype Cycle, saying the bike-sharing industry is passing through the "trough of disillusionment".

Sun Naiyue, an analyst at Beijing-based internet consultancy Analysys, agreed, adding that the bike-sharing market is showing signs of saturation.

"Since January this year, the growth has slowed down in terms of the number of monthly active users," Sun said. "Leading bike-sharing firms will see fierce competition in first-tier and second-tier cities."

"Companies need to focus on refined operations as well as seeking new ways to turn profitable. They should try to reduce the cost, improve the efficiency, improve the service offerings and provide better user experiences."

"In the future, the high-frequency bike-sharing platform will be part of the tech giants' ecosystem," Sun added.