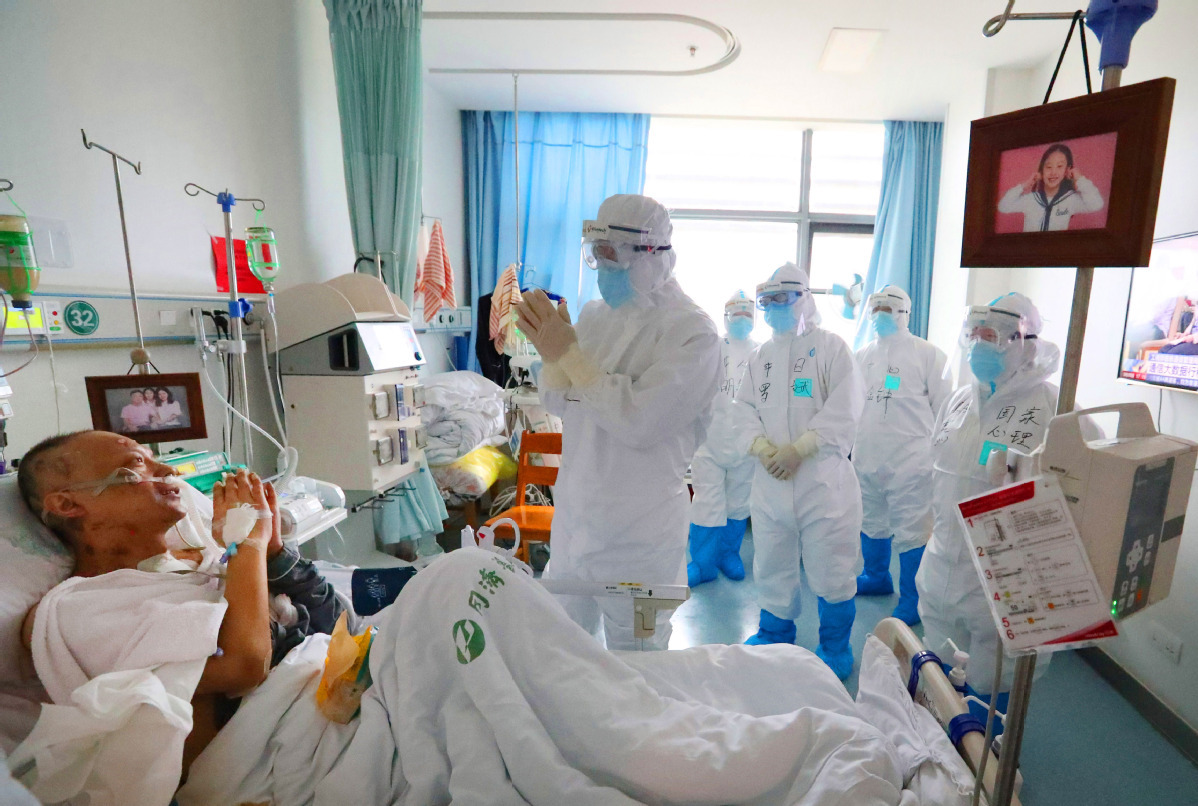 Science and technology have played, and will continue to play, a decisive role in mitigating the pandemic, whether it is by discovering new features about the novel coronavirus, looking for new treatment or vaccines or offering expertise in psychological services, experts said.

But science does not always proceed in an unambiguous straight line toward progress. These undertakings, especially those involve pushing boundaries deeper into the unknown, are time-consuming, complicated and unpredictable. So it is important for the public to understand the scientific process to fully respect and appreciate these efforts, they said.

As President Xi Jinping has said, the COVID-19 epidemic is the "fastest spreading, most infectious and most challenging public health emergency since the birth of New China". He has also stressed that epidemic control efforts require the support of science and technology and urged scientists who are working on treatment and a vaccine to accelerate their research while upholding rigorous scientific practices and ensuring their products are safe.

With the leadership of Xi and joint efforts by the whole of society, the epidemic is now under control in China, said Huai Jinpeng, executive vice-president of the China Association for Science and Technology.

"But the disease is still spreading across the globe, and there is a strong downward pressure for the world economy and a noticeable spike in instability and uncertainty," he said at a meeting with the nation's science officials on April 30.

During this critical juncture, Chinese scientists need to be even more hardworking and pragmatic, and make a greater contribution to the nation's post-epidemic socioeconomic recovery with science and innovation, Huai said.

At the same time, they also need to expand their network of cooperation at home and abroad. Science officials and workers should maintain high ethical and professional standards, and be a role model for society, he added.

Wan Gang, president of the China Association for Science and Technology, said the nation's science workers were immediately mobilized to tackle the epidemic when the outbreak began, and have provided crucial scientific support in controlling the disease and assisting the socioeconomic recovery.

Communication is also a key aspect of the overall disease prevention and control effort, he said, adding that the various COVID-19 related information platforms under the association have attracted over 7 billion views in the past few months.

When Chinese microbiologist Wang Jun volunteered to go to Wuhan, Hubei province, to help the city's hospitals research the novel coronavirus, he said he felt like he was heading into a "battlefield".

The motive behind his action was simple. "Our institute (the Institute of Microbiology of the Chinese Academy of Sciences) has been researching the virus since the outbreak began," Wang said on April 20.

"With Wuhan being the first place to have reported the disease, I had a gut feeling that there must have been many questions that our front-line medical staff didn't even know existed, so we had to go to the battlefront to learn about the situation and their needs," he said.

Since the outbreak began, the academy has sent dozens of researchers to Wuhan. Their work has played a major role in the overall epidemic control effort. Their five main objectives were viral research, creating new diagnostic tools, testing clinical treatments, health evaluation for recovered patients and psychological counseling.

Wang said his team had discovered that children, who were believed to be less susceptible to COVID-19, could still spread the disease even when their symptoms were mild, making them potential asymptomatic carriers that might float under the diagnostic radar.

The virus also has some very intricate immunological effects that would make case tracing via antibody tests more difficult, so "more research is definitely needed", he added.

Jin Qi, director of the Chinese Academy of Medical Sciences' Institute of Pathogen Biology, said that scientists' understanding of the novel coronavirus remains limited and is constantly expanding, and with new information unearthed, new questions would emerge.

For example, most researchers agreed that a 14-day quarantine is generally sufficient for a patient to show symptoms, but there are now rare cases in which patients experience the onset of symptoms well after the two-week period, Jin said.

Wang Guiqiang, head of Peking University First Hospital's department of infectious diseases, said at a seminar in late April that drugs and vaccines are crucial for stopping the pandemic for good, but this will require time and effort by scientists around the globe.

China has three vaccines, one vector－which uses just a gene from the coronavirus－and two inactivated, currently in Phase II clinical trials. The vector vaccine is spearheaded by Chen Wei, a senior preventive medical expert, and the results for the Phase II trial are set to be published in May, according to official sources.

Zhong Nanshan, a renowned respiratory expert, told People's Daily last month that although there has not been a wonder cure found for COVID-19, some drugs have proved to be effective to some extent.

"We're testing a variety of drugs, such as chloroquine, and experiment results have shown the drug is definitely effective," he said, adding that scientists are analyzing the data and would publish their findings soon.

Some traditional Chinese medicines, including Lianhua Qingwen Capsules, are also being studied. For the capsule, Zhong said although its anti-viral effect against COVID-19 isn't that pronounced, it does have a "remarkable anti-inflammatory effect" that can help patients recover quicker.

A major component of all scientific work is about testing available knowledge and methods, but not all tests can return positive results. Discovering what works, and, sometimes more importantly, what doesn't work and why, is crucial in expanding humanity's knowledge of the disease.

Cao Bin, vice-president of China-Japan Friendship Hospital, said at a seminar last month that they had found Lopinavir/Ritonavir, a combination of anti-HIV drugs that showed potential in treating COVID-19 in the early days of the outbreak, did not produce desirable results.

In late April, the Lancet medical journal published a study by Cao on his clinical trials on remdesivir in China. The study said the experimental drug from the United States did not significantly speed up the recovery of critically ill patients compared with the control group.

The authors warn that interpretation of their study is limited because it only recruited 237 adults, rather than the target of 453 patients, due to the rapid decline of COVID-19 cases in China. They concluded that more research is needed.

Zhang Linqi, a professor at Tsinghua University School of Medicine in Beijing, said his team has been using antibodies to "drive a wedge" between the virus' spike protein－its "key" for entering cells－and the receptor that it binds to.

That would effectively block the virus from entry. It has been very effective in animal tests, and may serve to inspire new vaccine candidates, he said at an online seminar in late April.

Scientists have discovered that there is a small but potent section of the spike protein that does most of the work called the receptor-binding domain, or RBD.

Knowing that, Zhang's team, along with scientists from Shenzhen Third People's Hospital, found two antibodies that, together, can insert themselves at the junction of the RBD and the cell's receptor, blocking the virus from latching onto the cell.

Zhang said they are testing the blocking effect in possible vaccines, and early results are "really encouraging". But research is still in its early stages and more rigorous studies and tests are needed, he added.

Hu Baoyang, executive president of the Chinese Academy of Sciences' Institute of Stem Cell and Regenerative Medicine, said since arriving in Wuhan on March 1, his team had been busy testing stem cell therapy to calm the overreacting immune system and repair the lung tissue of severe and critically ill patients.

In the 46 days that followed, Hu and his team traveled to 13 hospitals and screened over 650 candidate patients for this innovative treatment. At a news briefing on April 16, Sun Yanrong, deputy director of the China National Center for Biotechnology Development, said over 200 patients in Wuhan had received stem cell therapy, and current results show the treatment can improve the recovery rate of severely ill patients and is generally safe.

However, stem cell therapy is far from perfect. Stem cells can differentiate into various types of cells, and some might turn cancerous, according to the University of Nebraska Medical Center. Some stem cells are also difficult to isolate and cultivate in large quantities, so more research and testing are also needed.

"Labs are our bastions, and our scientific research is the weapon against the epidemic," Hu said.