RRR cut seen on the horizon 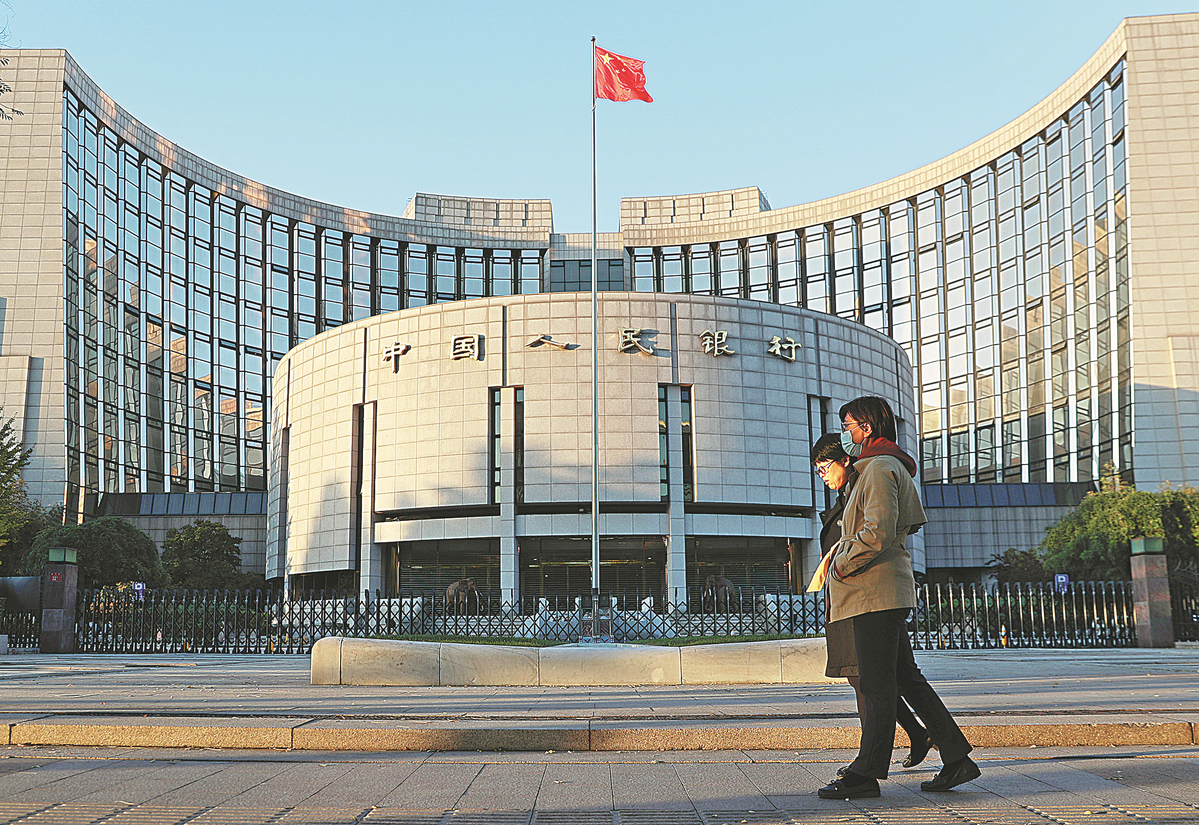 Pedestrians walk past the headquarters of the PBOC in Beijing. (Photo: China News Service)

The possibility of the People's Bank of China, the country's central bank, cutting the reserve requirement ratio this month has risen upon policy signals that more policy support may be launched soon and commercial banks' ability to lend will be strengthened, experts said on Thursday.

Their remarks emerged after the latest meetings of policymakers noted that economic headwinds have intensified amid a rise in geopolitical tensions and deterioration in the domestic COVID-19 situation, making efforts to stabilize the economy more urgent.

Recognizing the amplifying economic downward pressure, it was decided at the State Council's executive meeting on Tuesday that policies to keep the economy stable should be introduced at an early date and the task of ensuring stable growth needs to occupy an even more prominent position.

Wang Youxin, a senior researcher at Bank of China, said the likelihood of an RRR cut in April to meet rising challenges has grown, especially amid policy signals pointing to a lowering of commercial banks' costs of liabilities.

Wang said: "The most direct move to stabilize banks' cost of liabilities is to reduce the RRR," which will release long-term funds to banks, making it easier for them to lower interest rates of loans to clients, and finally help boost credit growth.

RRR refers to the proportion of money that lenders must hold as reserves. China last cut the RRR in December by 0.5 percentage point, sending the weighted average RRR to 8.4 percent.

Wen Bin, chief researcher at China Minsheng Bank, said April could be a key window for the PBOC to launch more easing measures like an RRR cut, as first-quarter economic and financial data to be released this month may point to a weakness in credit demand and necessitate more supportive measures.

The official purchasing managers index showed that factory activity cooled in March due to more domestic COVID-19 cases and geopolitical uncertainties. The index dropped to a five-month low of 49.5 in March, versus 50.2 in February, the National Bureau of Statistics said on Thursday. Readings below 50 point to economic contraction.

To mitigate downside risk, it is "imperative" for Chinese policymakers, including the PBOC, to step up support, said Chen Dong, head of Asia macroeconomic research at Pictet Wealth Management.

"Policy support should be coming as soon as possible and should be in the form of cutting both interest rates and the RRR," Chen said.

"If the mechanism for transforming liquidity in the financial system into financing activities of the real economy cannot be made smoother, moves like interest rate cuts and RRR reductions won't work. Instead, they may generate price bubbles in financial markets," said Xu Gao, chief economist at BOC International.