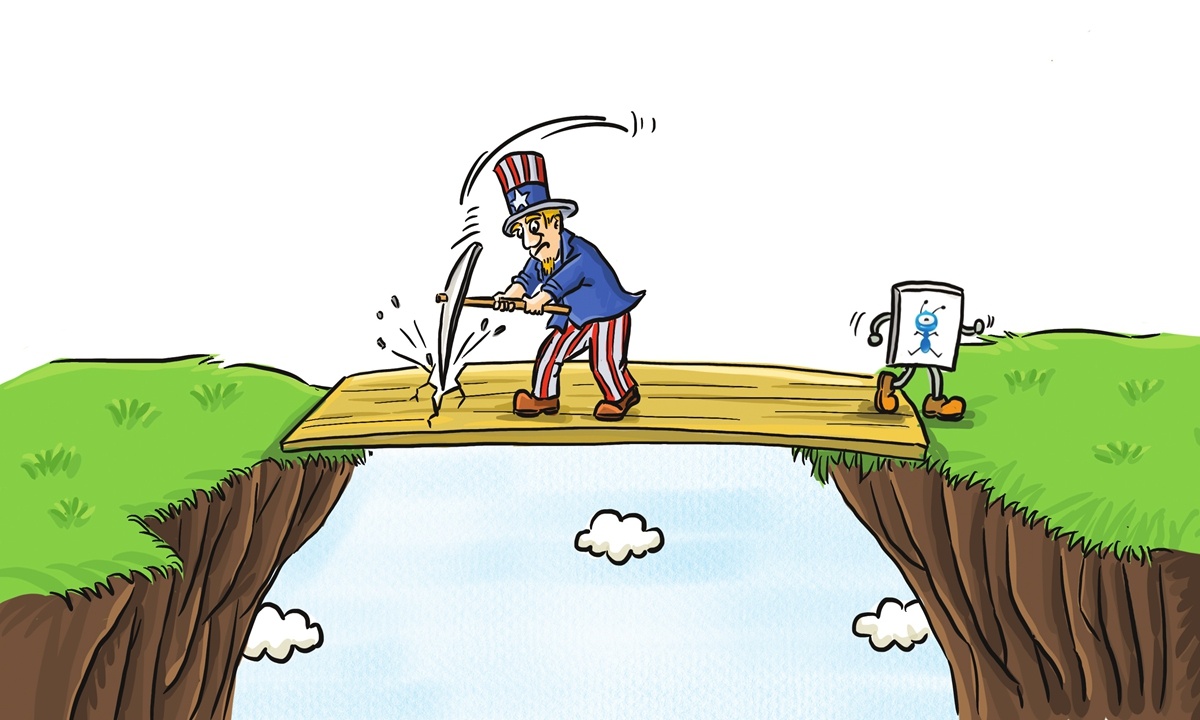 The radical anti-China politician has called on the Trump administration to "take a serious look at the options available to delay Ant Group's IPO," Reuters reported. However, such a vicious attempt is likely in vain, and would blunder away a rosy investment opportunity for US capital instead.

Ant Group on July 20 announced that it would commence the process of concurrent IPOs on the Shanghai Stock Exchange's sci-tech innovation board and the Stock Exchange of Hong Kong Limited.

The financial technology powerhouse does not lack investors. With market expectations that the IPOs would reach as much as $35 billion, global investors have started to pour money into Hong Kong ahead of the grand offering, Nikkei Asia reported.

US-based Citigroup, JPMorgan and Morgan Stanley are among those sponsoring the company's IPO in Hong Kong. If the Trump administration chooses to hinder or block US capital or institutions from the project, there is international capital from Europe and other Asian countries lining up to be involved.

As the fintech arm of China's e-commerce giant Alibaba, Ant Group has accumulated significant influence and a tremendous customer base, as well as strong technical assets and promising growth prospects. The innovative company has fostered a number of popular products covering a wide range of areas, from online payment to wealth management, cloud computing and others.

For instance, its famous online payment platform Alipay, partnering with over 2,000 financial institutions, has been offering its services to over a billion users and more than 80 million businesses. Thriving in one of the world's largest markets, the app has significantly reshaped the daily lives of Chinese people.

With such momentum, the company has been regarded as a rival or threat to US firms, though the company has stressed that nearly 95 percent of its revenue has been gained in the Chinese domestic market.

Prior to the threat from Rubio, Bloomberg reported that the Trump administration was exploring restrictions on Chinese online payment systems, including Alipay. However due to the company's very limited revenue share overseas, the market believes that even if Trump's restrictions were implemented, they would fail to have an impact on the company's IPO.

It is no longer breaking news that the Trump-led US administration is cracking down on Chinese firms, in itself revealing Washington's fear of being surpassed by Chinese competitors - especially those that have won global respect.

After years of unscrupulous efforts, the US government hasn't succeeded in bullying Chinese companies, whether 5G frontrunner Huawei or social media platform TikTok.

The anticipation of Ant Group's big IPOs comes from the company's superiority and its promising growth prospects, which are not going to be easily impacted by any of Washington's schemes.